American Music Personality Darius Rucker Is In A Longtime Married Relationship With Wife Beth Leonard; Their Family Life And Children 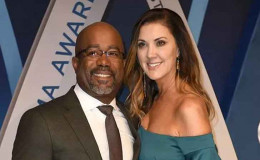 Grammy Award-winning American singer, Darius Rucker winded down the Billboard chart with his Country and Pop music and is a noteworthy trailblazer in his genre.

With great success in his professional life, he is also having a lovely time in his love life. "She’s always right, bro. As simple as that.", says the singer for his wife, Beth Leonard whom he has been married for over 18 years and living a blissful life with his family.

Wanna know more about his relationship details? Let's dive in.

Darius Rucker is living a blissful life with the family of five!

The 52-years-old singer has been open when it comes to his private life. The singer is celebrating his 18th year of married life with his wife Beth Leonard. The couple met for the very first time in New York and fell for each other on the first sight. 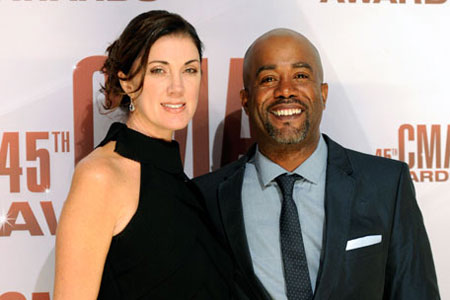 Darius and Beth have been married for over 18 years
Source: Jogos

Reports claim that Beth was working for VH1 which helped her understand her husband even more as both of them were working in the same line of work. The couple got married in 2000 and have been an inspiration to all the newlyweds.

They are blessed with two adorable children, a daughter named Daniella Rose and a son named Jack Rucker. 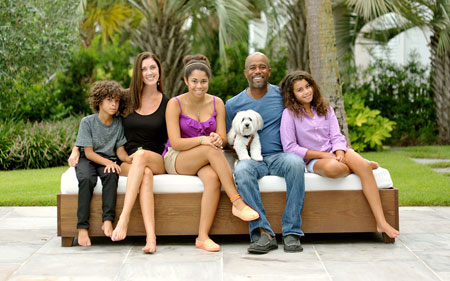 Darius and Beth are blessed with two adorable children and Rucker has a daughter from his previous relationship
Source: LifeofDad

Their older daughter was born on 16 May 2001 and their younger son was born in 2005. The couple is also parenting Rucker's first daughter named Carolyn pearl Philips from his ex-girlfriend, Elizabeth Ann Philips who was born on 21 April 1995.

Rucker is active on his social media and shares numerous pictures with his children. His oldest daughter graduated college on 12th May 2018. He posted about the big accomplishment on his Instagram account with two of his other children.

My oldest, @cary4life, graduated college yesterday. So proud of her!! Love my babies.

He also shared an adorable picture of his oldest daughter on her 16th birthday captioning with a beautiful message for his daughter, "Happy 16th to this beautiful young lady. Man time is flying by too fast"

Happy 16th to this beautiful young lady. Man time is flying by too fast

In 2017, Billboard interviewed the handsome singer with a question about how his long-term marriage life is going. He was straight to answer with a statement, "She’s always right, bro. As simple as that."

Darius is busy with touring and giving concerts at various places. He is performing a show on 6th of October in Bristow, VA.

In addition, the couple is having a wonderful time in their lives with their three children residing in South Carolina.

Story Behind The Formation Of Hootie & the Blowfish To Limelight:

Rucker has been involved in the band Hootie & the Blowfish since it's a formation in 1986.

Rucker met his fellow band members, Mark Bryan, Dean Felber and Jim Soni Sonefeld in the University of South Carolina. The story behind their formation is that Bryan herd Rucker singing in the shower and soon they decided to became a duo and played the rock band R.E.M's cover at the local venue.

After three years, they recruited the other two members. The band has recorded the total of six albums over the years. Their first album was released in 1994 titled Cracked Rear View followed by Fairweather Johnson (1996), Musical Chairs (1998), Scattered, Smothered & Covered(2000), Hootie & the Blowfish and Looking for Lucky (2005) which charted on the top 40 of Billboard Hot 100 six times. 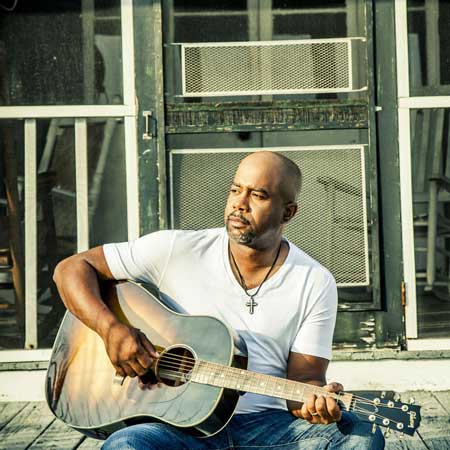 Rucker was simply called Hootie as he was the frontman, though the title of the band was made by combining nicknames of the band member. Before forming the band, the singer lived in the basement of the Sigma Phi Eplison house at the University of South Carolina.

Now the singer is having a solo career. 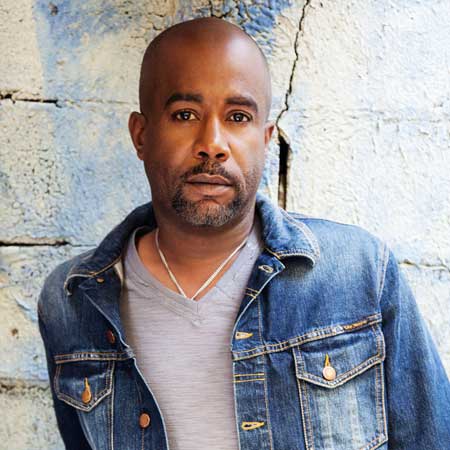