Is the American Music Personality Chance The Rapper Married To His Current Partner Kirsten Corley? 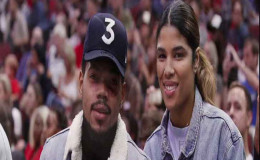 Chance The Rapper who's been in a long-term relationship with girlfriend Kristen Corley definitely has some planning for his wedding. He went down his knee and got engaged with his girlfriend earlier in the month of July 2018 in presence of friends and family. No doubt, he stunned everyone with the move!

Chance The Rapper who's been in a long-term relationship with girlfriend Kristen Corley definitely has some planning for his wedding. He went down his knee and got engaged with his girlfriend earlier in the month of July 2018 in presence of friends and family. No doubt, he stunned everyone with the move!

The rapper went on and off with his fiancee earlier. The couple who has a daughter together decided to break their relationship and live separately in 2016 but after a year, they settled every dispute. Let's get detailed information over here!

Chance The Rapper is soon getting married!

The rapper went down his knee in the soaring heat and humidity and proposed his longtime girlfriend Kristen Corley during a family barbecue on 4th July 2018. 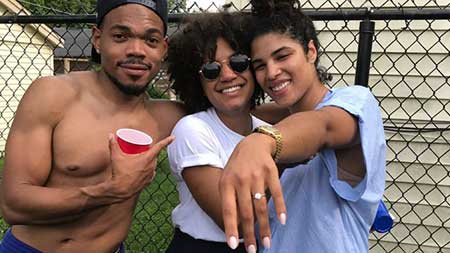 Chance the Rapper got engaged to his longtime girlfriend at a family barbecue party
Source: Music Feeds

In a video posted by the Shade Room Chancelor Jonathan Bennett's friends and family were seen screaming in shock when he popped up the question saying,

"Will you make me a man and be my wife?"

The Rapper's brother, Taylor Bennett shared an image of the engaged couple via Instagram that said, "Proposed In The Hunninds! @chancetherapper You A Real One! 7-4-18 #BlockBoys".

#TSRProposals: Congrats are in order for #ChanceTheRapper and his new fiancée #KirstenCorley!! He popped the big question y’all!

Their two and half-year-old daughter Kensli Bennett joined the couple later on after her mother gladly accepted the proposal.

The duo who started dating in the year 2013 welcomed their baby girl in 2015. Though they were inseparable at first, they faced some disturbances in their relationship that led them to split apart in 2016.

This life & the next

Things took a tragic turn when Corley filed a court document to become "sole caretaker" of their daughter. She requested child support from the rapper.

She withdrew her filing as they settled every dispute between the two in 2017. The award-winning rapper thanked his girlfriend Corley and their daughter in the acceptance speech at the Grammy Awards in 2017.

We wish to see them exchanging vows in a grand ceremony very soon.

Chance The Rapper Performing At "Mac Miller: A Celebration Of Life" Concert

Mac Miller's family has planned to organize a tribute concert for the rapper who died on 7 September 2018. Some of the popular stars including John Mayer, Travis Scott, SZA, and Chance the Rapper will be performing at Mac Miller: A Celebration of Life on October 31st at Los Angeles’ Greek Theatre.

Miller who broke up with his girlfriend Ariana Grande earlier the same year was found dead in his home in LA.

"The support we’ve experienced is evident in this amazing line-up and is a testament to Malcolm’s incredible life. His father, brother and I are beyond thankful to everyone who is working to make this concert happen along with every fan and every friend for continuing to support Malcolm and his vision. He was a caring, loving human with a smile that could light up the sky and a soul that was out to make the world a kinder place and the MMCF will continue to do just that."

The concert is aimed to launch the Mac Miller Circles Fund. It is an organization aimed to provide resources and programming for arts in the required communities. 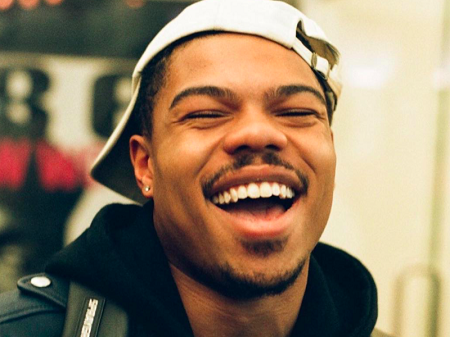