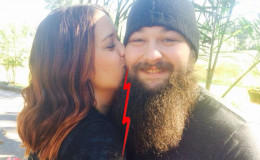 While the divorce is still in the process, Rotunda recently accused her estranged husband of spending thousands of dollars on his girlfriend's lavish expenditures and denying spousal and child support.

We have all the details about the tumultuous divorce here!

What is Bray Wyatt Up To Now?

Bray Wyatt aka Lawrence Rotunda is in a live-in together relationship with American ring announcer and vallet, JoJo Offerman for eleven months now. They officially began dating since March 27, 2019. Additionally, Total Divas' star confirmed her affair with WWE star via Instagram and also updated her fans she is pregnant and expecting a child in June.

Thus, Rotunda and Offerman welcomed a baby boy, Knash Sixx Rotunda. Their child was born prematurely as Offerman hemorrhaged amid labor, a near-fatal condition. WWE Superstar, Braun Strowman is the kid's god father. The Nexus star and his sweetheart hasn't yet walked down the aisle but they're living a sound life without any rumors of breakup.

Former WWE Champion Bray Wyatt is reportedly dating the ring announcer and Total Diva star JoJo Offerman of Mexican and Dominican descent since last year and his ex-wife Samantha Rotunda is not liking the affair at all.

Gossipmongers claimed that the couple remained tight-lipped about their affair until the WWE star's former wife Rotunda filed a divorce in June 2017 in Florida claiming Wyatt of having extra-marital affair with Offerman.

At the time, Rotunda's lawyer revealed that Wyatt had been in continuous contact with Offerman. 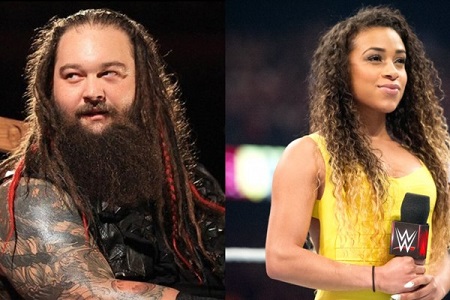 Soon after the news, a picture of JoJo and Wyatt together arriving at for a WWE show was shared on Twitter, however, it has not made clear that when the snap was taken.

Don't know when this photo was taken but here's Bray Wyatt and JoJo arriving to an arena together. #RAW pic.twitter.com/dG9bgl8ZWZ

If we believe some sources, the 30-year-old WWE star spends most of his time with Total Divas at her apartment near Miami. The couple has been successful to keep their relationship under the radar to date.

Wyatt and Rotunda first met during their college days at Troy University. The pair eventually fell in love and tied the knot in 2012.

Wyatt and Rotunda together share two daughters, Cadyn Rotunda, and Kendyl Rotunda. Everything went downhill when the pair ended their marriage of five years in March 2017 after Wyatt allegedly cheated on Rotunda with the ring announcer. 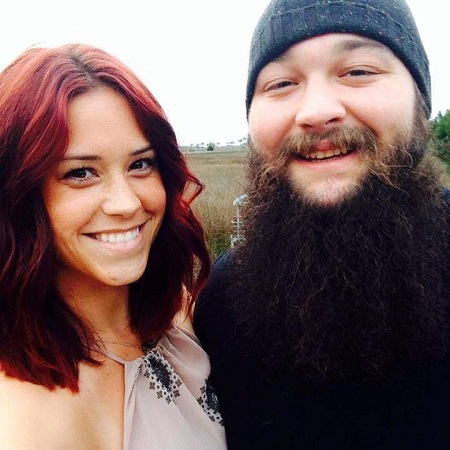 Rotunda filed for divorce in June 2017 accusing Wyatt of 'adultery and misdeeds'. She demanded spousal support, child support, alimony and custody of their children for a majority of the time.

Wyatt also accused his former wife of sharing fake news on social media "to damage the husband's business ventures in the entertainment industry." The wrestler also claimed that Rotunda made "defamatory statements about the husband to several people in the community to ruin his reputation." 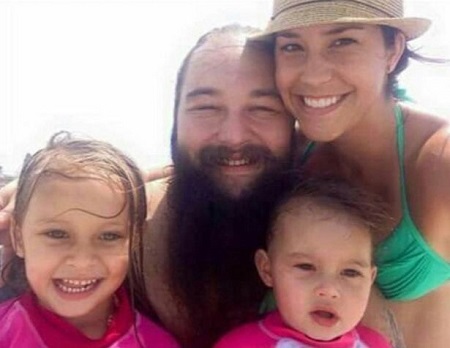 While the divorce is still in the process, Wyatt's estranged wife accused the wrestling 'villain' of spending $11,000 on luxurious expenses and gifts to his girlfriend instead of spousal support.

As per the legal document, the wrestler agreed to pay $14,735 monthly and a one-off payment of $50,000 to cover legal expenses to his former wife for maintenance and child support, however, reportedly, he has been paying only $6,000 monthly.

Wyatt and Rotunda have been into mediation at present and the court is yet to announce the final result. 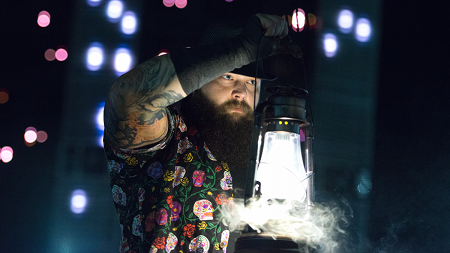