Home Article What is the Relationship Status of Actress Katherine McNamara? Rumors of Dating Co-star Will Tudor

What is the Relationship Status of Actress Katherine McNamara? Rumors of Dating Co-star Will Tudor

Katherine McNamara is the actress known for her role as Clary Fray on the Freedom series Shadowhunters. The third season of the fantasy series is all set to release on 20th March next year.

Katherine McNamara is an American actress mostly known for her role as Clary Fray on the supernatural drama television series Shadowhunters. The third season of the fantasy series is all set to release on 20th March next year.

The actress rose to prominence at a very young age but, where's she leading regarding her dating life? Is she still single? What is her relationship status?

What Is The Current Relationship Status Of Katherine McNamara?

The 22-year-old Katherine is one of the promising actresses in Hollywood and while people are always curious to know about her especially about her dating life Katherine prefers to live a private life.

According to some sources, Katherine is rumored to be dating her co-star Will Tudor, but the couple has not confirmed the news. 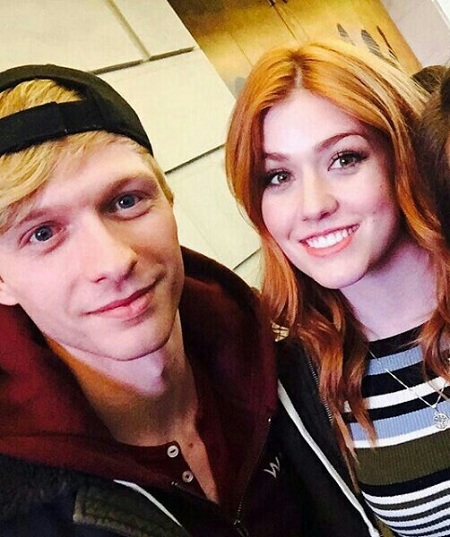 Katherine rumored to be dating Will Tudor
Source: Pinterest

Fans on social media seem to be convinced that Katherine is dating her on-screen brother Will Tudor in real life. They spend most of their time together making us speculate on their romantic link.

The stars shared few gorgeous images on the social media in September this year, and we must say they look amazing together. 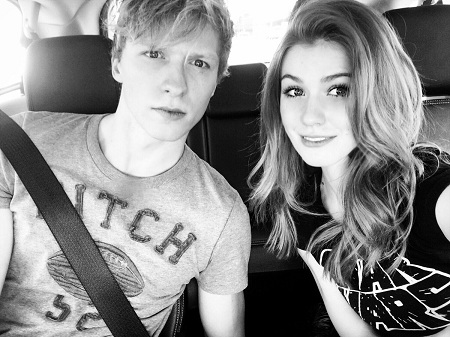 They are back in action in rehearsals 'Shadowhunters'
Source: Twitter

In addition, Katherine and Will came into the limelight when Will shared a gorgeous throwback picture with a funny caption added to it on her 22nd birthday.

Happy Birthday @Kat_McNamara ! This pic’s a throwback to when we found her hanging around the dumpsters ?? ?????? pic.twitter.com/GbONjAHuQt

"Haha are you trash talking me, Tudor? Rubbish!!! Such a clever compost though!. Your birthday wishes will litter-alley keep me from feeling down in the dumps."

As there's no any evidence, we are still in a dilemma the co-actors are dating each other or not. It seems we have to wait some more romantic and exciting news about the star.

Katherine McNamara's Past Affairs And Relationships

Katherine was once rumored to be lesbian. It all started when she shared her Red carpet appearance with the Alice through the Looking Glass actress Dove Cameron one of the co-stars of Katherine commented-'Date me'.

The rumors spread like a wildfire when Dove addressed Kat as 'My girlfriend' in one of her tweet. 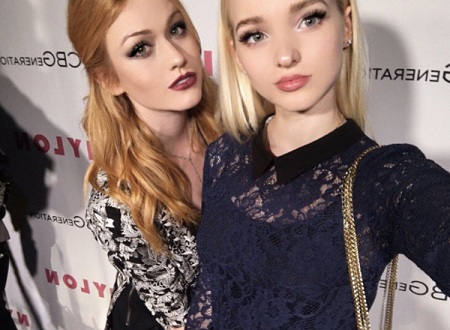 Katherine and Dove Cameron together at an event
Source: J-14

Also, Katherine added fuel to the rumors posting a picture of her about to kiss Dove. Though fans doubted on their relationship, they were no more than good friends as Dove's already dating Thomas Doherty.

Katherine was also rumored to be dating Joel Courtney back in 2011. However, both of them came out and stated that they were just good friends.

Kat in an interview with J-14 Magazine,

"We've [stayed] really close friends. It's nice to have somebody you can always text no matter what time it is and talk to about whatever."

"You always want your friends to do well, and you always want the people you really care about to be successful and do what they really love, It's really nice to be able to watch someone grow, and be successful, and do great things."

As of now, she is single and is focused on her career. 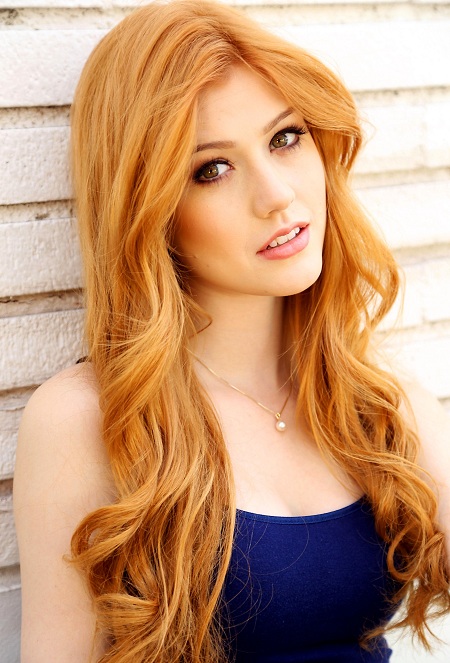