Baseball Catcher Gregg Zaun Fired From Sportsnet Over Harassment, Married To Michelle Zaun; Know about their children and family 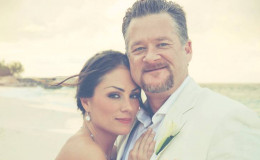 American-Canadian baseball analyst, Gregg Zaun was recently fired from Sportsnet with the allegation of "inappropriate behavior and comments" toward his female employees.

The retired baseball catcher who has been married to Michelle Zaun never had any records of affairs or any cases of assault until now which cost him his job. Let's find out all the details about the news and his personal life in today's section.

Gregg Zaun, 48, got dismissed from Sportsnet, on first of December this year with accusations of "inappropriate behavior and comments" toward female employees. 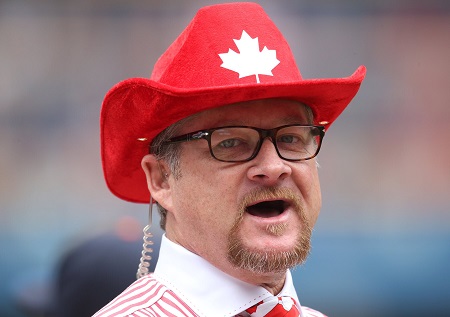 Gregg Zaun has been fired from Sportsnet
Source | Business Insider

The President of the Rogers Media released a statement last Thursday stating,

"This week, we received complaints from multiple female employees at Sportsnet regarding inappropriate behavior by Gregg Zaun in the workplace.After investigating the matter, we decided to terminate his contract, effective immediately."

"This type of behavior completely contradicts our standards and our core values. We believe in a professional workplace where all employees feel comfortable and respected. We are grateful to our employees who spoke with us and we will take every measure to protect their privacy."

Zaun is the very first big sports media personality to get fired in the recent wake of sexual harassment scandals in the workplace. He was the pro baseball catcher for 16 major league seasons from 2004-2008 and later joined Sportsnet as Toronto Blue Jay television analyst.

Gregg Zaun and Michelle Zaun tied the knot in a romantic wedding in the Bahamas after dating for several years. Their wedding ceremony was a very private yet lavish event where only close friends and a few relatives were invited.

It seems like the couple is living a wonderful life together as there have been no rumors of them getting a divorce or having an extra-marital affair.

Recently, the duo has been blessed with a beautiful daughter, and both of them were more than happy to share the news with the world.

You May Also Like: American Baseball Pitcher Madison Bumgarner Is Married To Wife Ali Saunders Since 2010; Know If They Share Any Child

They are such an incredible pair, and we wish them to remain as it is for the rest of their life.

Former MLB player Gregg Zaun spoke about violent hazing that he experienced during his first year on the Baltimore Orioles from some of his colleagues.

According to him, Cal Ripken along with some other players has physically assaulted him, wrote rookie on his forehead, pushed ice down his pants, and most of the time forced him to miss his practices.

Discover: Julia Werth is Married to Baseball Outfielder Jayson Werth; See the Relationship of the Couple

He claimed that Ripken was the Leader of these hazing behaviors. Back in 2013, a notable detail was released by Ripken in an anti-bullying book.

Later, Zaun took to social networking site Twitter and said ‘sorry if anyone was offended' these days number of high profile examples of hazing in sports are occurring.

Sorry if you were offended but hierarchy and pecking order are important in any industry. No one ended up on the D.L. Boys being boys

It looks like he is actually very sorry for his behavior

Gregg Zaun is an American-Canadian retired professional baseball catcher, who was born in California and was raised with his sibling Stephanie Zaun.

He completed his graduation in 1989 and began his baseball career. He made his MLB entrance in 1995 and over 16 seasons in MLB he has played for nine different teams, winning a World Series Championship in the year 1997.

He retired on 7th March 2011 and began working as a broadcaster in a two-year contract with Roger sports net, where he worked as the MLB analyst.

Later in the same year, Zaun started working as the commentator on the NESN of a Red Sox series. Currently, he is working on the Sportsnet Pregame show for Toronto Blue Jays along with Jamie Campbell. 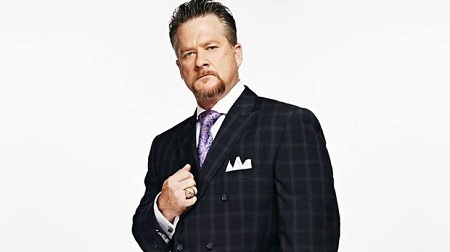