Sacramento Kings head Coach, Luke Walton is in all sorts of trouble. A female reporter allegedly claims he sexually assaulted her in his hotel room.

Kelli Tennant, the victim sued the Basketball coach for sexual assault. According to the documents obtained by TMZ Sports, the incident happened when Luke asked her to drop off her newly published book at his Santa Monica hotel room. 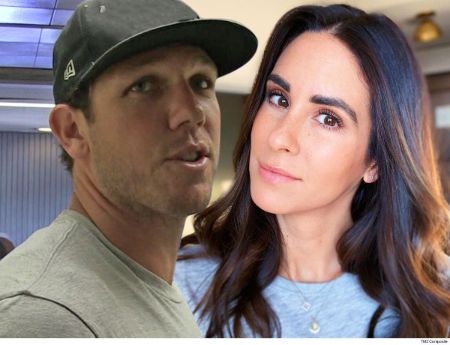 Kelli said both of them had a business relationship between them for several years and when he called her up to his hotel room, without any doubt, she went in only to be sexually assaulted by him. She alleges as soon as she got into his room, he pinned her down to his bed while his leg and hips pranced around her whole body.

In the documents, it states Luke then forced kissed her all over the neck, face, and breast. The victim even urged him to stop but he insisted and even groped her groin & breasts while rubbing his erection on her legs.

Eventually, Luke gave out and she got up from the bed and tried to leave but as soon as the door opened, he grabbed her from behind and again started forcing his body on her.

Finally, when she left the room, she heard him saying, 'Good To See You.'

Initially, she wasn't able to report about him and even had to interact with him often because of her work. And every time, he'd see her, Walton always tried to hug or kiss her inappropriately.

You May Also Like: Gossip Girl's star Ed Westwick Investigated After Three Women accused him of Sexual Assault

And wait that's not all, in 2017, during his tenure as the head coach of Los Angeles Lakers, he greeted her by uttering vulgar, guttural words towards her and said, "mmmm ... you're killing me in that dress."

At the moment, it is still unclear as to what triggered Tennant to come forwards, Luke is yet to make any comment in the matter. He recently left his job at LA Lakers and is the head coach of Sacramento Kings since 2019.

Luke is married to his wife, Bre Ladd since August 17th, 2013 and is a father of two children.