The event was attended by talented honorees including CNN commentator Van Jones, Apatow productions founder Judd Apatow, veteran actress Viola Davis, director Reginald Hudlin, all joined together by the former NFL player Colin Kaepernick who got honored with an award for courage in advocacy. 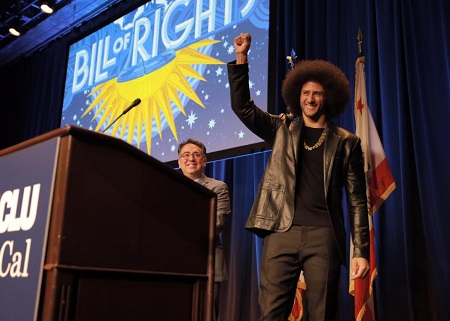 Kaepernick was the first footballer along with Eric Reid to kneel down during the national anthem to protest racial inequality, police brutality, and criminal justice system which grabbed headlines with many criticisms as well as support.

Colin took the stage to accept the glorious tribute with thunderous applause, and a big smile, raising his hand on to the air cheering the crowd. And as an acceptance speech, the quarterback stated,

"We all have an obligation no matter the risk, and regardless of reward, to stand up for our fellow men and women who are being oppressed with the understanding that human rights cannot be comprised." 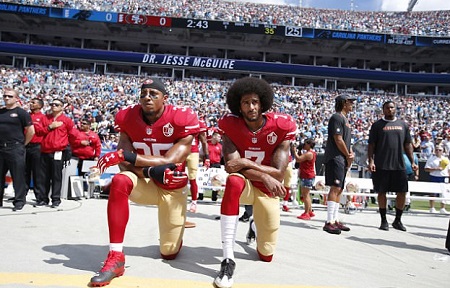 The footballer is continuing as an unsigned free agent after opting out his contract from NFL and he has sued the NFL, with the allegation of all the 32 owners plotting to prevent him returning to the league. When Van Jones took the stage to talk about Matt Lauer's sexual assault case, he admitted that he is finding the recent revelations of the all the sexual misconduct allegations, "important to put some sunshine in the darkness in some dark corners" and a scandal doesn't necessarily mean the end of ones' career.

Another honoree, actress Viola Davis before accepting her award shared how women of today are still victims of some kind of sexual assault. She stated,

"Every woman that I know, maybe with the exception of two or three, has been sexually assaulted in their lifetime, It’s been the big, white elephant in the room — that’s why it’s time to speak up.”

Jane Fonda also received the liberty, justice and equality award and she started her speech saluting the NFL player Kaepernick. And it was later announced that he has been selected ten finalists for Time's Person of the Year Award.

The event also included a Stand Up for Something song performance by Common and Andra Day, a song from Hudlin's "Marshall."