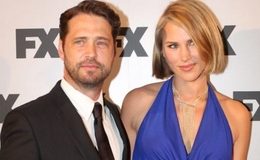 Clearly, Jason Priestley got a thing for makeover artists. Like, what are the odds that both of his current and previous wives happen to be one?

Well, yes, your favorite hottie from Beverly Hills, Jason Priestley, has been married twice and both of the women are ironically makeup artists. Although Priestley's ex-wife is a history nor that it matters today, but here's everything you need to know about the actor's love life if you are a big of Priestley.

Fate works mysteriously for everyone, doesn't it? We mean, Jason could have met the love of his life sooner but nope, the universe wanted the Canadian actor to endure the heartbreak of divorce and marriage that couldn't even last a year. 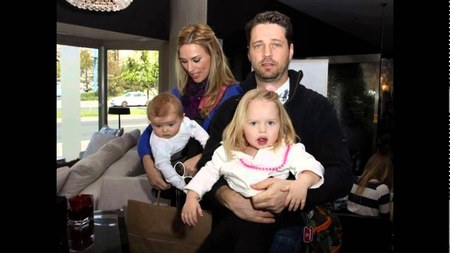 Truth be told, Priestly who, at the time, enjoyed the hype of his career previously shared a married life with his former and first wife, Ashlee Peterson, a fellow makeup artist, with whom the Double Down actor tied the knot in 1999.

But, alas, by the next year aka 2000, Priestley and Peterson already split. Jason and his estranged wife do not share any children. As a matter of fact, it's even harder to estimate if the ex-couple is even in touch today

On the other hand, the British Columbia born actor does share kids with his second and current wife.

Just a year later after Mr. Priestley was done recovering from the heartache, the Call Me Fitz star then met his then-soon to be future wife, none other than Naomi Lowde, a former waitress, now known as Naomi Lowde Priestley. 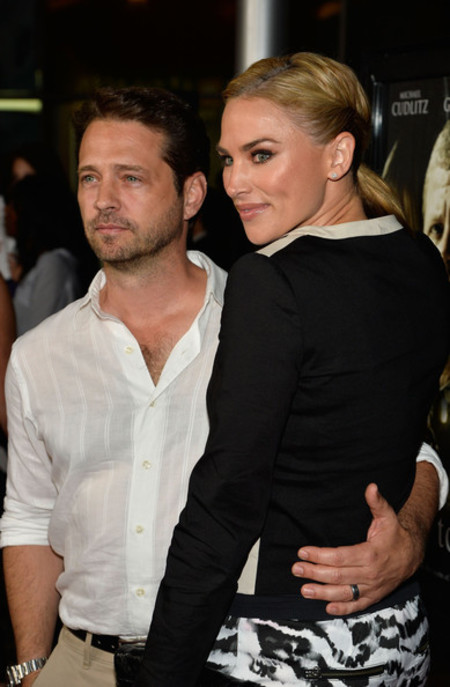 Basically, Jason and Naomi came across each other's world in 2001 in London and it was sort of a love at first sight thing. The couple instantly hit it off. But, Jason wanted to take things slow this time and opted to not rush into any serious life-changing step like marriage like he did with his first one.

As a matter of fact, it took them roughly three years for Jason to get on his knees to make the proposal on May 2004. And, within the next year, Miss Lowde became Mrs. Priestley.

A Star-studded fairytale Wedding Of The Priestleys

To celebrate the milestone of their relationship, Jason and Naomi preferred to keep their nuptial ceremony subtly lavish and jetted off to the Bahamas in the Paradise Island to walk down the aisle. 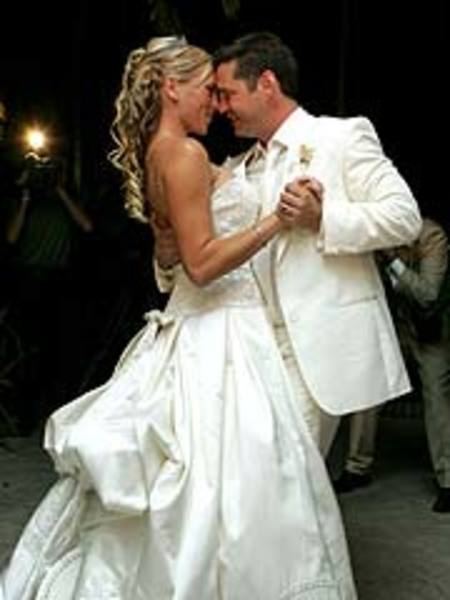 And, among the 120 wedding guests were Priestley's Beverly Hills, 90210 co-stars; Tori Spelling, Ian Ziering, Jennie Garth, and Tiffani Thiessen who attended the ceremony to congratulate and offer their blessings to the then-newly-wed couple.

Whilst Jason rocked a top to the bottom white tuxedo set, his bride looked stunning in a white matching off-shoulder bridal gown whilst opting to keep her blonde locks in tight curls.

Making a family of three, Jason and Naomi welcomed their first child, a daughter named Ava Veronica Priestley in 2007. Their second child, a son, who they named Dashiell Orson Priestley, was born in 2009.

Besides, it was Naomi who helped the actor recover from the serious accident where Priestley crashed his head into the walls and left both of his feet fractured. The accident occurred in August 2002 in Kentucky Speedway. And, since then, the love birds have kept their promises to support each other in sickness and in health.

The Priestleys resides in Los Angeles.

View more romantic stories and Biographies only on Marriedwiki.com.