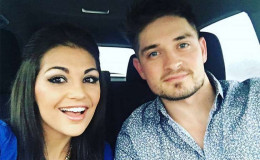 Big Brother star Caleb Reynolds and Wife Ashley Jay are the happiest people in the world as they all set to welcome their first baby together. They are married since a year ago.

Big Brothers and Survivor star Caleb Reynolds is all set to welcome his first child with his beautiful wife Ashley Jay.

The news first broke when Caleb took over his Twitter to announce the happy news of Ashely's pregnancy.

The Couple Is Expecting Their First Child Together

One of the most amazing feelings for any pair is having their first baby, and Caleb and his partner is soon going to experience that feeling. 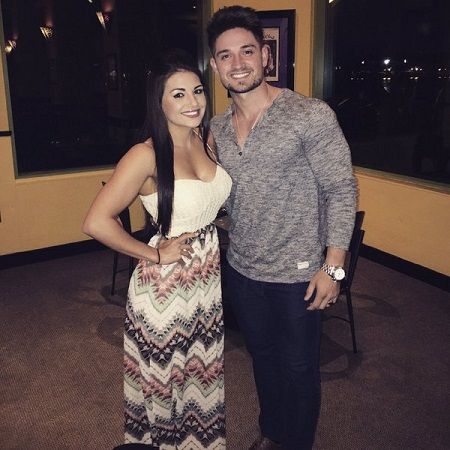 On 15th April, Caleb took the help of his social sites to break the good news. He shared a picture of his and wife along with his stepdaughter Kylie caressing her mother's growing baby bump.

In a recent interview, Caleb shared his happiness in such words,

"Being raised with high morals and standards, like waiting until marriage, Ashley and I feel like we just did everything right, it was really exciting to tell my family, especially my mom, who will be a grandma soon!"

He spared a thought for those couples who have faced trouble in conceiving.

"I'm just super stoked to have a child of my own and feel so blessed. When it happens, you just think about all the other moms and dads out there that try for years and years, and again, we're just so blessed. God is so good to us, and we're just praying for a healthy baby,' added the reality veteran."

Even he talked about his stepdaughter excitement as soon she got her sibling,

"There's going to be a big age gap, but that'll be great for us since she can help. We know she'll want to hold the baby and feed them the bottle. Today when we picked her up from school, she told us she told all of her friends and teachers."

#throwbackthursday adding one to this picture soon enough!!!! #superdad

On April 30, 2016, the duo exchanged vows on the rustic barn-style wedding in Cadiz, Kentucky in the presence of the 150 guests. 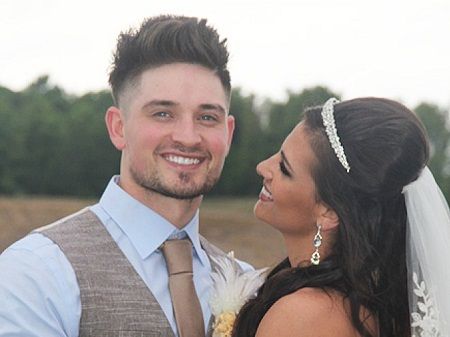 Caleb and Ashley at their wedding
Source: People

According to an insider, it was a small intimate ceremony of 150 guests which includes close friends and church members along with Jay’s daughter, Kylie.

The ceremony was performed by Reynolds’ brother, Blake, who serves as the pastor of his church.

Proud to announce to you all! Caleb and Ashley Reynolds!!! Thank you all that support us in everything we do! pic.twitter.com/TKoDcdZiqT

The duo look amazing at their wedding dress to check out the pictures scroll down;

At a point in his life when he could have chosen anyone, he choose to fall in love with a single mom who had a little girl... He chose to have a family and to love two people more than he loves himself. ???? Just when Kylie and I thought we may be doing life alone, along comes an answered prayer, a shoulder to lean on, and a place to call home. I love my husband, my family, and perfect timing.

Im slowly going to post Some of my favorite wedding photos as the week passes I just don't want to flood everyone's news feed. I love this little girl and our forever has started with the man of our dreams!

The 29-year-old Caleb is the reality TV veteran who is widely known for his appearance on reality series Big Brother and Survivor. 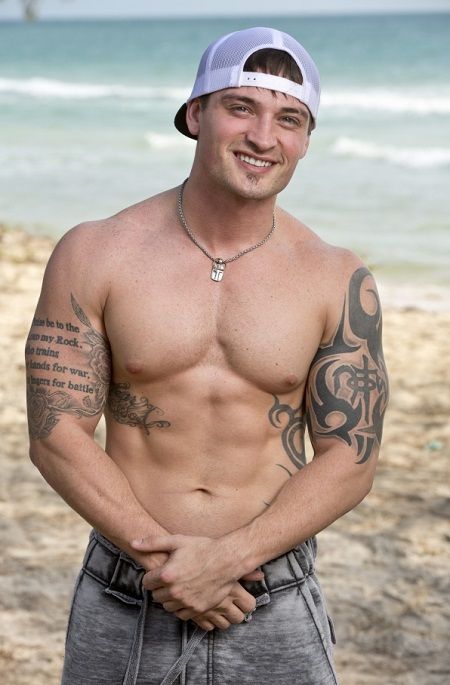 He earned numerous of fans through his outstanding effort on the show.

Prior to the premiere of Big Brother 16, Caleb, an Instagram post voiced his disapproval of Barack Obama put him in controversy. However, he sorted out the problems later on.

Big brother helped many other as well to gain immense popularity such as; Katie Price, Charlotte Crosby, Stephen Bear, Rylan Clark and much more.