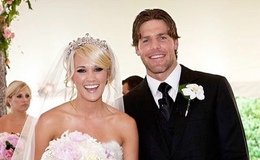 Since winning season four of American Idol in 2005, Carrie Underwood's life has come full circle. Not only is the country superstar the recipient of eight Grammy Awards and a groundbreaking 70 million records-selling artist, but also a wife and a doting mother of two. Underwood's singing career during her stint on American Idol, and it wasn't long after that Carrie found the love of her life.

Carrie Marie Underwood, 39, is a native of Muskogee, Oklahoma. Dubbed "one of the favorites" to win the ABC show by Simon Cowell, Underwood was an immediate hit on the show, with a separate fan base called Carrie's Care Bears rooting for her religiously and following her massive victory, Carrie's professional career took off with her debut single Inside Your Heaven. Much is known about her work and legacy, but how much do fans know about Underwood's enduring marriage and her family?

The Some Hearts crooner was already a fast-selling artist and a reigning name on the country chart list when she met Mike Fisher, the former NHL player. Carrie was introduced to the Canadian native by her bassist Mark Childers in 2008. The country superstar recalls her first meet-up with Fisher left her physically attracted to the former athlete. "Hot, Hot, Hot," Underwood says while describing her first impression of Mike. 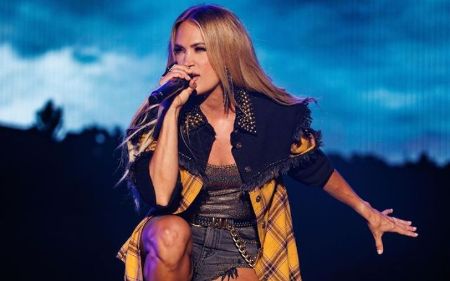 Underwood rose to fame as the winner of American Idol. SOURCE: Instagram

When the chemistry is natural, no distance means far enough; the adage proved right for Carrie and Mike, who soon started their long-distance relationship. After a year of under-the-radar romance, the pair announced their engagement on December 10, 2009. "We're both obviously excited and very happy," an over-the-moon fisher confessed to the press the following day.

The pair tied the knot on July 10, 2010, at the Ritz-Carlton resort on Lake Oconee, Georgia, with over 250 guests in attendance. The newly married were navigating their budding career, which meant splitting their time between Nashville, Tennessee, and Peterborough, Canada, when things worked out in their favor. Fisher was traded to Nashville Predators in early 2011, and the ice hockey player couldn't have been happier. 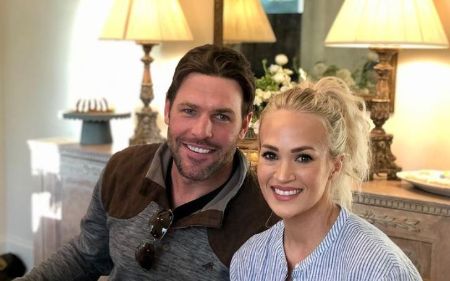 Carrie and Mike have been married for over a decade. SOURCE: Instagram

"I was praying a few days before about [moving teams]," Fisher said, adding, "He (God) put me in a place I was comfortable with and I think that's part of reason that this is the place I'm supposed to be and that's comforting for sure." The pair welcomed their firstborn, Isaiah, on February 27, 2015, and have since welcomed one more son named Jacob. "My husband is as wonderful as he is hot, and I feel like that's rare," the Grammy winner gushed while talking about Mike as a father.

Better known as the husband of the multiple Grammy-winning crooner, Fisher's profile has long been defined by his wife's success. But the former NHL player has a lot more on his portfolio to be just referred to as Underwood's husband. Mike Andrew Fisher, 42, is a native of Peterborough, Canada. Drafted by Sudbury Wolves in the second round, Fisher spent his first year with the Wolves. 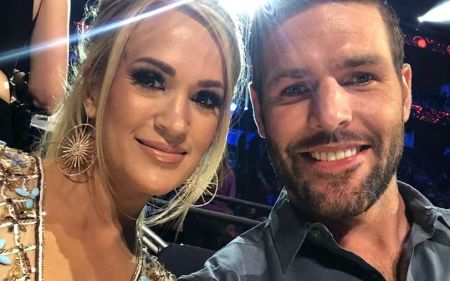 The Peterborough-born athlete would go on to spend several seasons with Ottawa Senators while cementing a reputation for his aggressive style and even landing himself a nomination for the Frank J. Selke Trophy. After almost a decade with the Senators, Fisher was traded to Nashville Predators in 2011, following which the Canadian native relocated to America and later obtained American citizenship.

During his long stint in the Predators, Mike collected a few accolades, including the 2012 NHL Foundation Player Award. He even succeeded Shea Weber to become the sixth captain of the Predators in 2016. Fisher officially retired from NFL in 2018. The former hockey player's career has been an ambiguous subject since then. Recent reports suggest a crack in the duo's blissful marriage. 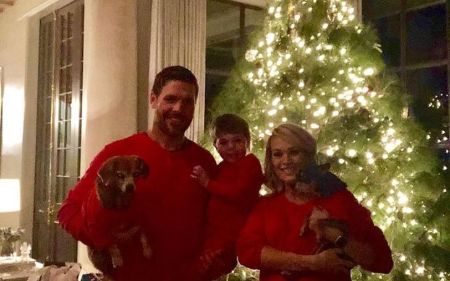 An insider has claimed that the couple's marriage might be in teeters, citing Fisher and Underwood's colliding interests. The former hockey player is reportedly tired of tending to his superstar wife and always being at her beck and call. "Carrie says she can't function without her family with her on tour, and she doesn't want to slough the kids off on a babysitter," an insider said, hinting at Fisher's attendance at all of Carrie's shows.

Underwood and Fisher's marriage is reportedly in teeters!

"They're not at crisis point, but they're not at their best either, and her friends are telling her she needs to focus on her marriage before she heads out on the road," the insider said about Underwood, who recently kicked off her Denim & Rhinestones tour. "She has acknowledged to friends she needs to put in the effort with Mike," adds the course.