Home Article Is the Life Below Zero Chip Hailstone Still In Jail? See All The Details About His Married Life and Controversies

Is the Life Below Zero Chip Hailstone Still In Jail? See All The Details About His Married Life and Controversies 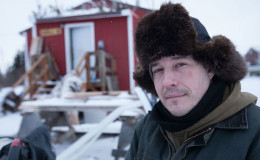 Most of you might be a regular viewer of the show, Life Below Zero or maybe new viewers of the show who are curious about the lives of Chip Hailstone and his family.

Well, we have all the information you need to know about the master hunter right below here.

There are millions of people who want to explore the wild and go to the most extreme of places in order to find out about the world surrounding them.

But as far as anyone could imagine, Chip took his interest in hunting and living in the wild to a whole new level. When he migrated from his native place of Montana to Alaska, he never thought he would be living there permanently.

At least he is not alone as his native wife and children are there to support and take care of him. Soon after reaching Alaska, Chip married a native lady from Alaska named Agnes. 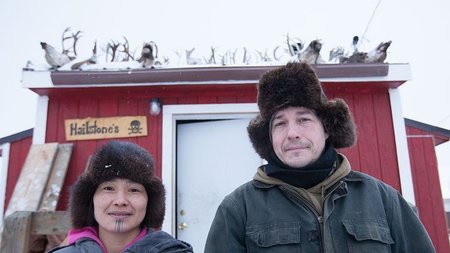 Chip Hailstone with his wife Agnes Hailstone during a shoot for the show
Source: Nat Geo

Chip, 48, and wife, 46, reside with their seven children as a big family living around the Kobuk River, North Part of Alaska.

His elder daughters were homeschooled, but when they are not working with their father, they attend a local school. Chip even taught his children how to hunt!!

He traveled to Alaska for a visit about 3 decades back from Kalispell, Montana. As he received everything over there, a loving wife and kids, he never looked back.

Chip Hailstone-Life Below Zero, Legal Charges, Prison and Probation; Is He Still In Jail?

Talking about his journey, the actor never imagined he would become a big star in a show. From his early childhood, he was always very interested in hunting.

It happened 29-years ago when Chip moved to Alaska from Montana for finding himself. But luckily he fell in love with the place and with a beautiful native woman, now his wife, Agnes. Chip is usually hunting with old school techniques by using bows and arrows or vintage guns.

Chip and Agnes Hailstone prepare for their seasonal Spring hunting trip in Kiwalik, a river valley in the sub arctic region of Alaska that is rich with food resources. In the subsistence world, that’s like going to the grocery store. The plan is to catch 5 caribou to harvest and bring back home to feed the family for a month or two. #lifebelowzero #lbz #bbc #nationalgeographic #natgeo #alaska #alaskaadventures #arctic #arcticlife #foodchain #subsistence #snowlife #huntyourfood #simplelife #frontier

For Chip, the dangerous environment is like heaven. He thinks the surrounding provides the family with all kind of stuff. In an interview he said,

“We get to spend a lot of time with our family. We know where our food comes from and that it’s fresh. We get to continue a tradition that’s been upheld for thousands of years.

"Even if the girls grow up and want to do other things, they’ll always be able to come back to Alaska and live off of the land. They know how to hunt for their own food, build, and many other skills needed for survival,”

Well, if you follow Chip's way of thinking about life, then your life will also become as positive as his. Back in 2014 got charged with legal charges by the State Trooper.

Chip filed a lawsuit against the State Trooper and stated the trooper allegedly physically assaulted his 17-year-old daughter. Previously Chip also claimed a neighbor also pointed a gun towards his son.

He then appeared before Magistrate Brooke Alowa and sought a protective order against his neighbor. But soon the case backfired, and Chip was allegedly charged with legal formalities. The reality star was sentenced to 15 months in jail in July 2017 for making a false statement to the police and two counts of perjury.

Well, as the time is over, it seems he's back with his family and the show.

Following his return, he said,

"I've got real rifles in my hand, I'm back to being my old self. I'm going to have a good time because I missed out on this last year." 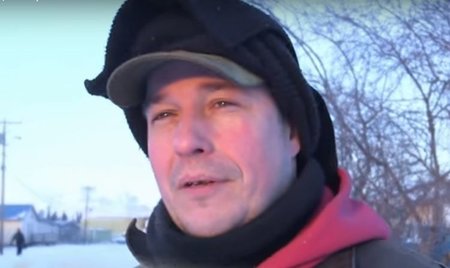