The 25-year-old, Upton, criticized the co-founder and creative head, Marciano, 65, on Wednesday. She took on Twitter and Instagram accusing the co-founder of Guess, Paul Marciano of sexual harassment.

Guess' co-founder and chief creative officer, Paul Marciano, accused of sexually harassing women by the supermodel, Kate Upton, who was once face of ‘Guess’

Kate Upton, one of the established supermodels in the industry, has accused the co-founder of "Guess", Paul Marciano of sexually harassing women.

The 25-year-old, Upton, criticized the co-founder and creative head, Marciano, 65, on Wednesday.

Upton who has become the newest member to join the forum for sexual misconduct, #MeToo campaign, has accused the founder of Guess, where she was once the face of the brand.

It’s disappointing that such an iconic women’s brand @Guess is still empowering Paul Marciano as their creative director #me too,

Adding some more words of disgrace over the issue, she posted on Instagram:

In 1981, Marciano co-founded the iconic women’s brand, Guess, and has been serving in the company as the executive chairman and chief creative officer since 2015. 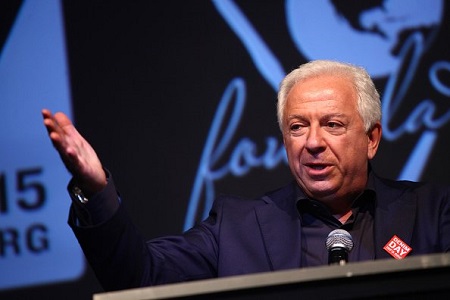 Upton who is married to Houston Astros Pitcher Justin Verlander became the spokesmodel for Guess in 2011. Currently, Gigi Hadid is holding that respective title in the company.