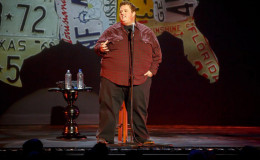 Comedian Ralphie May Dead at 45 due to cardiac arrest and bronchitis. Fellow Comedians pay huge Tribute

Another farewell to media's shining armor, Ralphie May.

The Last Comic Standing stand-up comedian sadly passed away last Friday at 45, leaving everyone, his family, and fellow comedians in deep shock and grief.

Winning over more than 20 contestants, Ralphie May stood second-place on Last Comic Standing and his career in comedy was going on the right track until last Friday when he died all of sudden.

Sources confirm that the cause of his death was cardiac arrest, further confirming that he had been battling with pneumonia and other health problems. 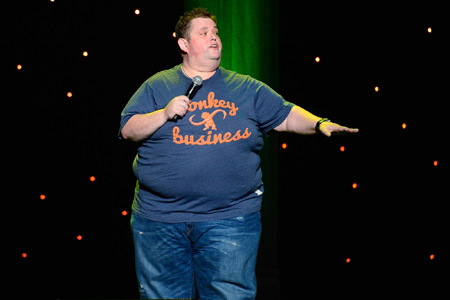 May canceled some of his dates from his stand up tour due to illness last month and now the news of his death has broken hearts of many.

The comedian's representative posted a statement on Facebook stating,

"We are heartbroken to announce the untimely death of our friend, Ralphie May. Ralphie had been battling pneumonia and had canceled a handful of dates over the last month in an effort to recover."

"Earlier this morning at a private residence in Las Vegas his body was discovered, the cause of death is cardiac arrest."

And just two days earlier his death, he won the Casino Comedian of the Year organized by Global Gaming Expo.

Let’s do this Las Vegas!

Not only this, on September 22, he canceled Colorado Springs concert and wrote a status on his Facebook stating,

"I can't shake this bronchitis and the altitude is no joke."

Ralphie was married to wife, fellow comedian Lahna Turner and has three children, April, June, and August James May together. And the pair lived together in their house at Harrah's Las Vegas. 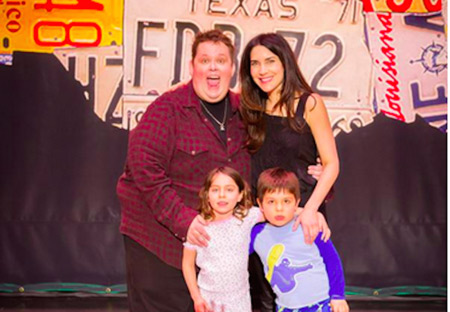 Ralphie May. Dammit. You were a funny and sweet mofo man. Rest In Peace.

Oh man fellow comedian and friend Ralphie May just died. So crazy. RIP Ralphie. You my friend were one of the nicest and kindest out there.

Wow....I was just told that Ralphie May passed. I'm truly saddened by this. He was a good dude. Heaven just got another funny angel RIP man

So sad to hear about Ralphie. Sweet guy. He loved doing stand up and loved comedians. #RIPRalphieMay

Rest In Peace to one of the greatest of all time, Ralphie May. Proud to have called this man not only one of my best friends and mentors, but family. This picture was when he let me open for him at a theatre in Ohio when I was 16..... he was the first person to believe in me. I bugged him on Twitter for a year to get that opening spot for that specific show, he gave in and gave me my shot, and I’d like to think I made him proud. He was also the first comedian to take me on the road with him on a tour bus across the country when I was just 18. He taught me so damn much about comedy, women, life... just about being a good human being and a man. I owe so much to you Ralphie. I love you and miss you already. I know you’re in Heaven making everyone laugh. See you later big bro. #RalphieMay #MattRife

We extend heartfelt condolences to the bereaved family and may his soul rest in peace.