We rarely see or encounter the high school sweethearts going really strong with the passage of time. The Virgin Suicides actress A.J. Cook and her husband Nathan Andersen have every possible reason to celebrate their wonderful married life and their lasting relationship. The couple who first met while studying at Utah Valley University is living a happy married life since 2001.

The heavenly pair is blessed with two adorable kids; both made an acting debut with their mother in Criminal Minds. It's pretty sure to say Andersen also helps his wife in all possible ways, both in the family as well as profession.

Andrea Joy Cook aka A.J. Cook and her spouse, Nathan Andersen are united as a life partner for over eighteen years now. Despite being in a conjugal relationship for decades they are still close to one another than before.

As of January 2020, the family of four resides in Los Angeles, California. In the meantime, either of the parties prefers to go out for a vacation rather than getting busy with their jobs.

We barely encounter lovebirds being in a relationship for a long time and still, going very strong with it.

Nathan Andersen and Criminal Minds actress have been together for so long that many get inspired by their togetherness.

They first met at Utah Valley University and became inseparable since then. Later, Cook moved to Salt Lake City, Uta to be with her love. 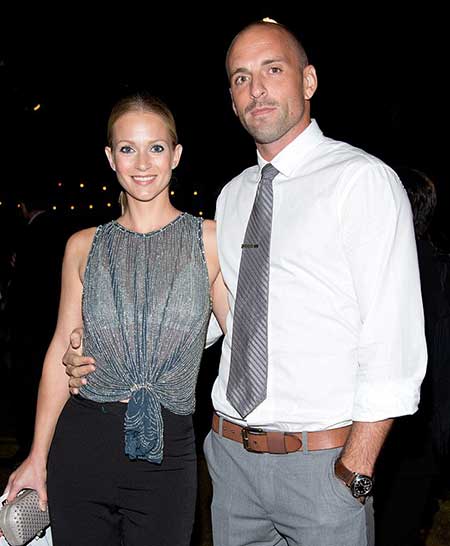 After years of being together, the couple tied the knot in August 2001. The Canadian beauty and her actor husband who have been married for 16 years currently live in Los Angeles.

Unfortunately, I still have not figured out how to be in more than one place at a time. (If anyone knows this secret, please share) But right now, this is a beautiful place to be. And let’s be honest, in the not so distant future, my boys will be too “cool” to hangout with their embarrassing mom. #momlife ??

They are proud parents of Mekhai Allan Andersen in September 2008. Mike made a brief appearance in Criminal Minds as Henry LaMontagne alongside his mom as JJ's son.

16 years ago today I married this fella. Let's be honest. We were babies!! Yet, somehow, here we stand. Solid. Steady. Secure. I am overwhelmed by the good, we're stronger because of the bad and we have our two crazy boys to thank for when it all gets ugly. Love you @nathanandy #marriage #snugglebuddy

Cook announced her pregnancy the second time via Instagram writing:

'Miracles do happen and don't believe anyone who tells you otherwise. #Blessed bump'

'Since @ajcook announced we are expecting a new addition to the clan, I guess it's my responsibility to inform everyone it's a boy!'

Their second son, Phoenix Sky on 23 July 2015. He also made his Criminal Minds debut as JJ's second son, Michael.

Thanks for all the birthday wishes yesterday! Today is all about the littlest dude in this picture. Phoenix. How are you 2 already. No one makes me laugh like this kid does. There are no words to sum up the amount of love and gratitude I have for these three. ?????? @nathanandy

As everything is going on perfect between the lovely pair, we wish the two live happily as ever.

Cook first worked in a McDonald's commercial in 1997. Soon after that, she appeared in guest roles in TV series including Goosebumps, Elvis Meets Nixon, and In His Father's Shoes.

In 1999, she received a major role in the TV series Higher Ground playing the role of Shelby Merrick.

To all those concerned: Don't worry! I'll be back on #criminalminds episode 7. Thank you for missing me and thank you for understanding that I need #mommytime

She performed lead roles in some movies including Out Cold, Dead Like Me, I'm Reed Fish, Ripper, and Final Destination 2.

Starred in Criminal Minds as Jennifer "J.J" since September 2005. Apart from her amazing acting career, she was hired as a spokeswoman for Proactiv in 2013.

Most recently, she's busy filming the movie Back Fork in 2018. We are heading forward to see her in more contracts. 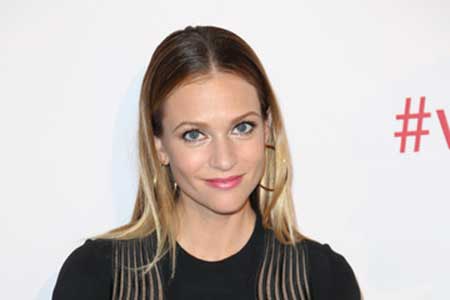