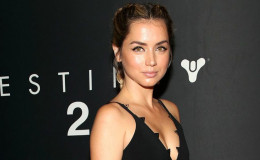 The Cuban Actress Ana de Armas came to limelight after her debut in 2006 in the Spanish film Una rosa de Francia. Also, she is known for starring the popular Spanish TV show El Internado.

Even though she garnered large attention of her fans through her acting voyage to become a successful actress, Ana's personal life didn't go so smooth as you've ever imagined. Shortly after her divorce with ex-husband, Ana moved into the well herself, just to fill more break up stories in her life. Let's take a quick glance at her married relationship including her dating rumors.

Is Cuban Actress Ana de Armas Dating Anyone After Her Divorce?

Ana de Armas, 30, might be currently dating someone as she posts a picture with a mysterious guy on her Instagram in November 2017. Yet the speculation isn't confirmed yet by the actress as she tends to keep everything inside her heart due to her previous failed relationships.

The Cuban Actress Ana de Armas didn't back off to date a few other men after her divorce with the love of her life.

Well, just after a couple of years with the divorce from her husband, Ana de Armas dated Franklin Latt. Ana made it to the headlines after she posted a picture of her boyfriend.

Recommended: Actress Kelli Berglund and her boyfriend Noah Centineo dating since 2014. Are they getting married.?

On 2016's Valentine's day, she uploaded an intimate picture with Franklin on Instagram where she intensely kisses him. In addition, she captioned the photo “My Valentine is here” along with heart emojis. Even though she dated him, everything cooled down after she deleted the picture from her wall. 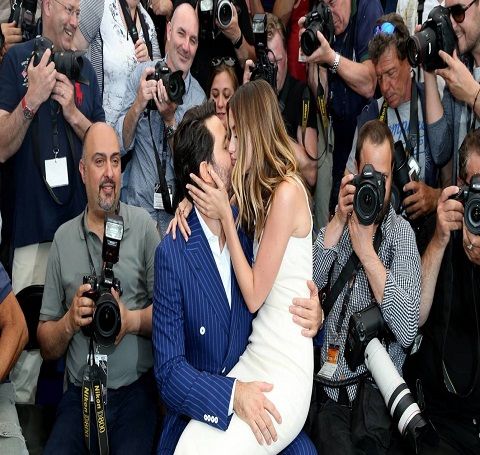 Likewise, she reportedly dated Hands of Stone’s fellow actor Edgar Ramirez, the same year. Their chemistry became stronger while on the set filming Hands of Stone. Also, in one of the Instagram posts, mentioned about Edgar, flaunting as her new love.

Most importantly, the couple got pictured sharing a tender kiss at the Cannes Film Festival in the month of May 2016. Yet everything turned out to be the dust in the wind as things settled down after her separation with Edgar.

Also, Read: Hands Of Stone Actor Edgar Ramirez Currently Dating His Co-Star Or Single; Was Once Linked With His Co-Star; Know His Affairs

In addition, after starring together in 2017's Overdrive with Scoot Eastwood, Ana got rumored to be dating him. Furthermore, the rumor's circulated that the Cuban actress recently dated the American actor Keanu Reeves.

Nevertheless, she is free from the spell of dating rumors. Currently, she focuses on her career, emphasizing every step she takes in her life. Well, we just wish a happy future endeavor to the lady with a hope of good news pretty soon!

Before dating all these men of Hollywood, Ana de Armas remained in a married relationship with her longtime boyfriend turned spouse Marc Clotet for nearly two years. 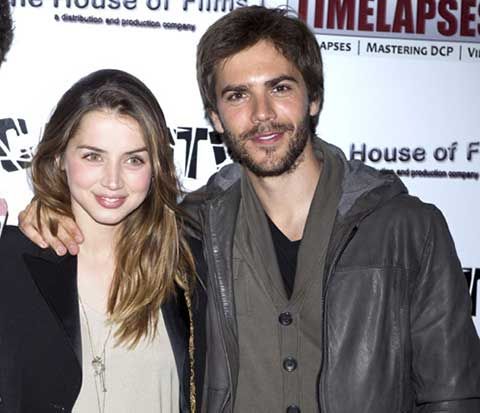 As a matter of fact, Ana indulged herself in a romantic relationship with the Spanish actor and model, Marc in 2010. Later, spending some quality time together the pair tied the knot in a low-key wedding ceremony in the month of July 2011.

You May Like:  Cuban Actor Jencarlos Canela Rumored To Be Dating Co-star Carmen Villalobos: Shares A Son With Former Girlfriend Gaby Espino

Above all, the wedding took place as the duo walked down the aisle with the presence of her family and friends.

Ana de Armas Proves Everything Is Sexier In Spanish

Together the happy couple relished a beautiful romance together until the 'dark spots of the moon' touched their lives, yet they never had an opportunity to be the proud parents.

Nevertheless, Ana's married life ended briefly as the duo divorced two years after their nuptials. On the contrary, citing irreconcilable differences Ana divorced her husband in 2013 and part away. 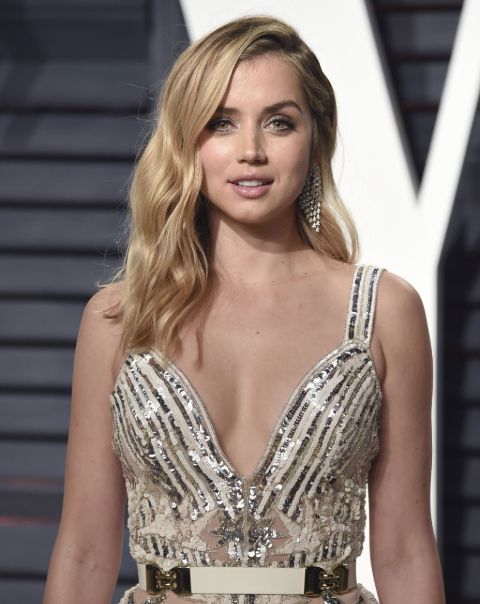