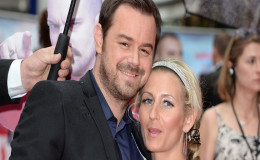 The Britain actor, Danny Dyer is married to his long time girl friend named, Joanna Mas along with his three children. But is founded cheating against his wife.

How will you feel if your partner cheated on you? Obviously, it will feel very bad and the feeling of being betrayed can't be explained. The thing happens with the couple Danny Dyer, a British actor, and his not so popular wife, Joanna Mas. The actor who is famous by his incredible works in different movies, TV series is caught cheating o his wife after having children.

What do you think? Do the couple split up? OR Are they together? So, today if you know about their relationship, the cheating stay on our page.

Danny is one of the popular English actors was dating his wife, Joanna since a long period of time. The couple was spotted in different places hanging out together.

The festival for people who wants to confess their love to one another and celebrate their togetherness is the Valentine's Day. On the same day, Danny proposed his long time girlfriend to get married in 2015 and she accepted the proposal. 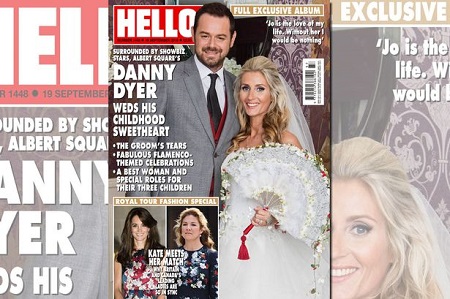 The pair the married in September 2016 in a private Hampshire ceremony. Both of them were looked no less than a queen and king as the bride wore a flamenco inspired gown and the groom with a vibrant three piece suit. The couple was very happy on the special occasion and shared their feelings.

As per Danny,'' To be standing here with the girl I grew up with looking so beautiful in her wedding dress that is a lovely thing. Jo is my best girl, the love of my life. Without her, I would be nothing.''

Joanna stated, ''I have dreamed about this day my whole life and I just wanted it to be perfect.'' 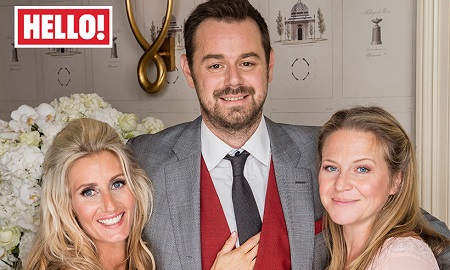 Husband and wife along with Kellie, Source: Hello Magazine

Their statement shows that they are really happy and blessed to have each other in their life. Their wedding was attended by their close friend, the on-screen wife of Danny in the EastEnders named, Kellie Bright who was pregnant during that time with her second child.

The couple shared a common love for children. As they both share their love for young ones, they welcomed their first child named, Danni Dyer in 1996. Danni is now 20 years old is really supportive to her parents.

She also threatened a fan who talked and disclosed her father's sex text. She stated

This shows her love towards her parents and support as well. Certain years after the birth of their first daughter, they again invited their second daughter named, Sunnie Dyer born in 2007. She took part in the ITV1 show named, Big Star's Little Star where she revealed some funny sassy truth about her father's work morals.

Dining with my sissy?? pic.twitter.com/bdoWxaB9X5

In 2013, they welcomed their last child named, Arty Dyer who was born in 2013 which completed their happy family before their marriage. All the children were born before the couple's marriage and are close to the parents as well.

A year before the couple's marriage, Danny was accused of sending a picture of his parenthood to a lady. It was also disclosed that he asked Joanne the images before their marriage but she was flattered that time.

He asked the lady the image by stating, ''Send me ya boat a new canister'' in which canister means jargon word for head. On the other hand, he also sends the message stating the word, lills which means breasts. The issue made the huge controversy in the media. 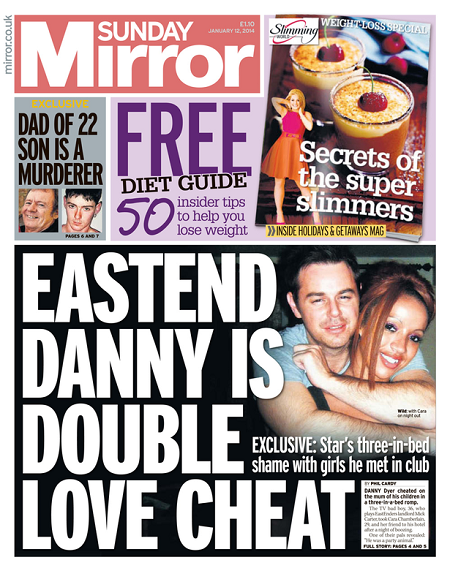 His daughter also stands for him after one of the fans stated about the issues and his daughter banged with a slam answer to the one. Not only this he also cheated after three-in-bed romps with that girl whom they met at the club. 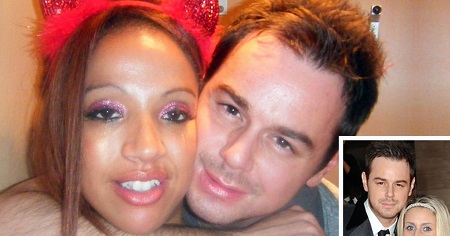 Danny with a girl with whom he spent the night, Source: Mirror

Cheating on his wife and his secret girl friend, Sarah Harding

While Danny was working in the movie named, Run for Your Wife, he and Sarah Harding appeared opposite to each other as spouses. They met for the first time on the set of the movie and shared on-screen chemistry and reportedly shared it off-screens as well.

Danny confirmed that he was single during that time and was living with his father while seducing her. They were attracted to each other and began dating each other for almost six months secretly. 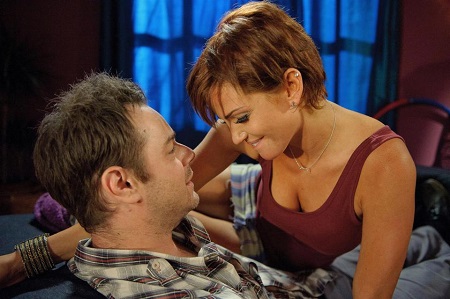 Danny and Sarah in the movie, Run for Your Wife, Source: The Sun

Later on, Sarah came to know about the truth that he was already married with children then ended the relationship. She felt really heart broken knowing the truth. They were even caught kissing each other and he played a blinder and managed to get her into bed.

This incident left his wife Joanna more heart broken. She was betrayed and cheated by her husband by being in a serious relationship with his co-star. She even felt humiliated in front of the media due to her husband's deeds. 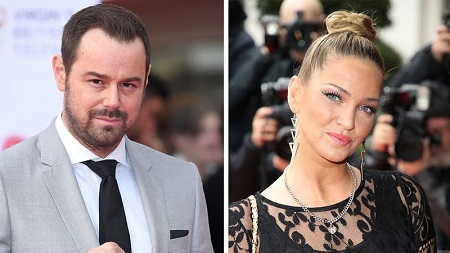 Danny and Sarah in the picture, Source: lifestyle.one

It is said that love is blind. Even after the multiple cheatings from her partner she is still with him and living together. The relationship is so old so they might not end it with any issues like these.

And currently, they are not divorced but has an on-off relationship due to these issues. People even thought that they have separated but it looks as if Joanne has a pretty forgiving heart. The couple was recently spotted hanging out together which cleared the air on their divorce iccue. 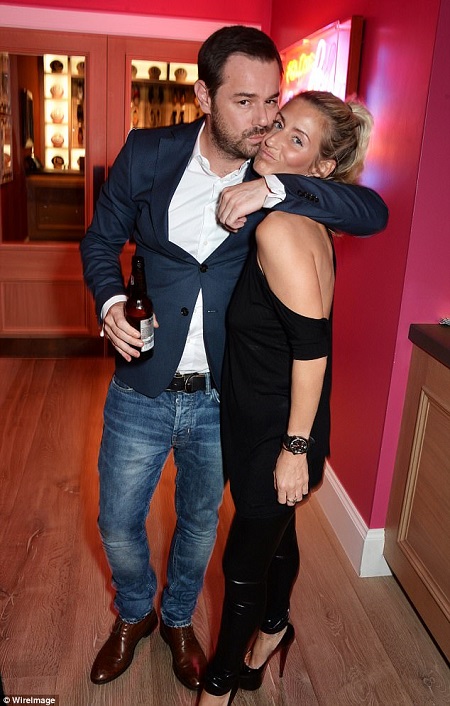 They are together after several issues, Source: Daily Mail

Rumored to have feelings for men as well

The actor who is well known for his long lasting relationship with his wife, Joanna but at the same time another rumor started flying in the air that he has feelings for men as well.

However, he also confessed to has feelings for the male as well. 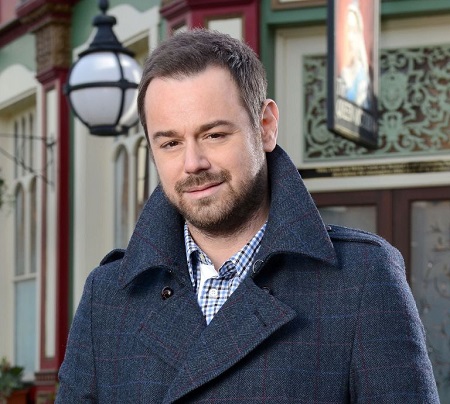 He either might have stated it as a joke or might be serious on it. He did not clarify about this so, he might be straight but was rumored to have an interest in male members. 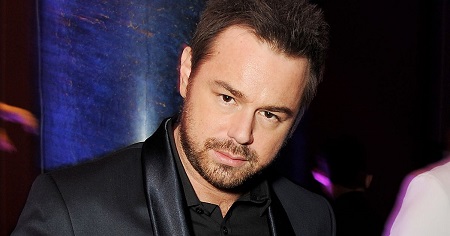 Danny in a picture, Source: Mirror