Home Article Does 24 Years English Youtube Personality KSI Have a Girlfriend? His Affairs and Dating Rumors

Does 24 Years English Youtube Personality KSI Have a Girlfriend? His Affairs and Dating Rumors

Uploading contents that people love can make you a big personality overnight. Olajide William "JJ" Olatunji professionally known as the name of KSI is a versatile man with a great talent for acting, making people laugh. Ladies would give up everything to be with this level of man these days.

He has been seen with several ladies in his life. He used to date the beautiful star, Seana Cuthbert back in days but after their tragic breakup, is he involved with another woman? His fans are very eager to know about the star's life and look like he would be facing Logan Paul for the belt pretty soon. Let's know about the vlogger so far.

Internet Personality KSI Dating Someone? Know About His Relationship

The Youtube star dated Seana Cuthbert. Seana is a Youtube personality who joined Youtube on 7th December 2012. We aren't sure as to whether when the couple started dating but we can at least say that they did date back in days for about 2 years.

KSI with his ex-girlfriend Seana

The pair's breakup was first announced on KSI's twitter in 2014 but the tweet was deleted soon after. They again confirmed on his Googling Myself video that the duo is no longer together. He also stated that he was still friendly with her but did not follow each other on any social media.

Seana also stated in her video the reason behind their breakup. She said that JJ was too busy with Youtube and his life had a lot of thing going on and cannot manage to stay in the relationship.

The duo had a fantastic time in their relationship as they stayed for a long time and even did some Youtube videos in which they did some repugnant acting like having a "twerk off" and making "loudest sex noise" competition.

KSI Getting Inside The Ring With Logan Paul

Looks like white collar boxer is hunting down for another white collar boxer after his convincing win. When KSI first started the whole boxing craze he fought his old friend Joe Weller in front of a lot of fans. KSI won the match in the 3rd round when the referee stopped the fight. 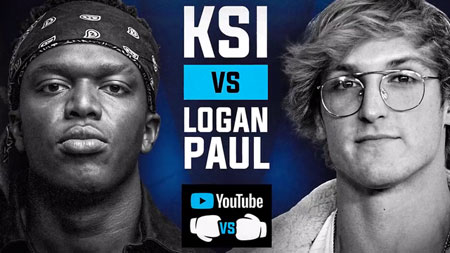 KSI is about to fight Logan Paul on 25th August
Source: CapitalFM

During the interview, KSI called out the names of Logan Paul and Jake Paul to try to fight him and take his new Youtube boxing belt. After some months of debate, both Logan and KSI announced that the two would battle on August 25th in London.

The combined count of subscribers on both their channel is about 36 million so it is expected to be the biggest live streaming event in Youtube history. There was a press conference held between the two on 15th June which confirmed their fight.

Looks like the social media stars are trying out the whole "who is a better" thing once in for all.

He had a serious battle with YouTuber Deji Olatunji back in November 2018 when he revealed KSI's personal bank records.

It seems the battle has finally ended as Deji apologized for all his deeds.

KSI uploaded a video on 6th January 2019 and shared a hilarious reaction to Deji ending their feud. 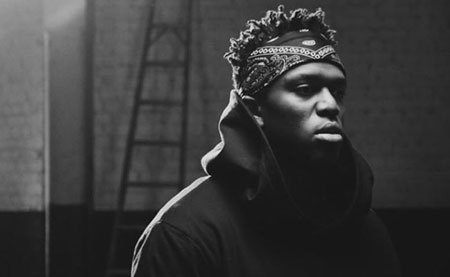