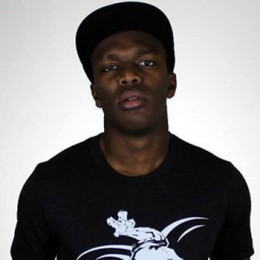 Olajide Olatunji better known as KSI is a comedian, YouTube sensation and rapper. He is known for his YouTube channel, KSIOlajidebt which has earned over 11 million subscribers, as of January 2016. His main channel mainly focuses on FIFA, football, music and comedy content and other PC-based modifications on his secondary channel. In 2014, he became the face of Sport Relief online and was active in Save the Children and prostate cancer charity promotions.

Talking about his personal life, he is yet unmarried and is single at the moment as well. After breaking up with his long time dated girlfriend in 2014, he has stayed single.

I think I’m an alcoholic... : @randolphuk

The two appeared together on several of his YouTube videos. They seemed like they were going to take their relation to a whole new level but something went wrong and they decided to split up.

He amassed a net worth of about $5 million as of 2019 and all credit goes to his YouTube career.

Olajide William Olatunji was born on 19 June 1993 in London, England.

Also, he has a secondary channel KSIOlajidebtHD that contains videos similar to fellow YouTube star PewDiePie.