Home Article Does The 1.73 m Tall Hollywood Actress Cecily Strong Have A Boyfriend; Her Ex-Partners And Rumor Affairs

Does The 1.73 m Tall Hollywood Actress Cecily Strong Have A Boyfriend; Her Ex-Partners And Rumor Affairs 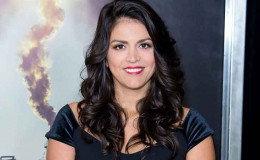 Age 34, the beautiful Hollywood actress, comedian, Cecily Strong had a boyfriend named Michael Patrick O’Brien who was her co-worker at the SNL show she worked. More to Cecily's life, affairs, marriage, rumors, and life here.

Staring her career in theatre and getting inclined to comedy at a very small age, comedian Cecily Strong is best known for appearing on Saturday Night Live.

"Absolutely. It’s probably stupid" says the comedian after dating her co-worker for several years. How is she holding up to her life since then? Has she found someone whom she really wants to be with? Well, let's get to know about the comedian's love life here today!

While the comedian Cecily Strong surely keeps her love life under the radar, she has been pretty upfront about it in recent times. Speaking of which, Strong has been dating her beloved boyfriend Jack since 2019 after they first met at a Christmas party. 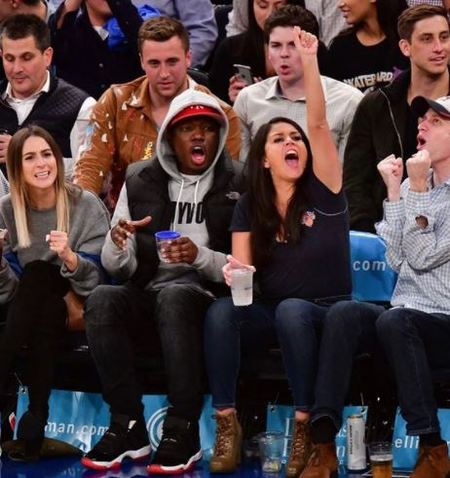 In fact, it was indeed Jack who asked for Strong's number. And, even though the two had to go to different places while Jack had to travel to Cuba while the actress had to remain in California, the duo seemed to have already formed chemistry as they stayed in touch through phones.

Not to mention, Jack was also a big help of emotional support when Celily lost her cousin Owen. Strong and her man were also quarantined together during the Covid-19 pandemic. In fact, her man was also tested positive and Cecily shared her concerns for his health on social media.

Meanwhile, Strong also dated SNL co-worker Mike O'Brien who served as a writer for the show. Cecily and Mike were linked for the first time in 2014 before they parted ways in 2015.

Dating A Co-Worker, Cecily Strong and Michael Patrick's Story Behind The Camera!

Cecily Strong is keeping her personal life away from the eyes of the public and media. The comedian is a little secretive when it comes to her love life. She has been behind the curtains when talked about her love life.

But well, if not now, she was previously linked with her SNL co-worker Michael Patrick O’Brien who initially served at SNL as a writer and featured in the 2014 season of the show. Rumors started swirling about their romance in 2014 when they were fellow partners. 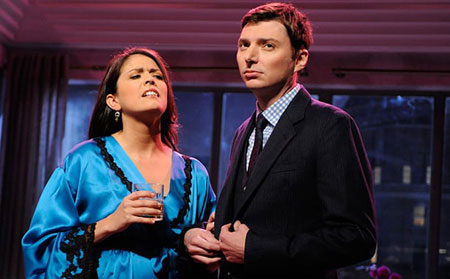 Later on, reports claimed that the couple started dating in 2013 but no news about their relationship has been up in the headlines these days. When Strong was asked about her relationship with a fellow worker, she stated,

"Absolutely. It’s probably stupid. But I got the okay from my dad, who is a business professional. It happens. The good thing is I never feel like I’m complaining or talking about my job too much."

Nevertheless, there has been no news about the couple lately so we can assume that they have already parted their ways but the detail about their split is still not confirmed in front of the media or the public. 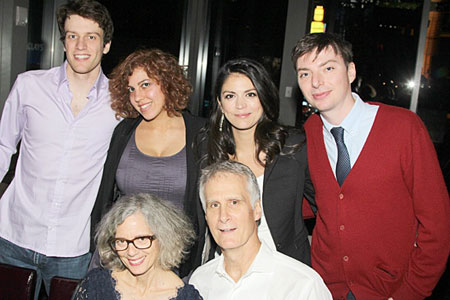 Cecily with her former boyfriend at a Broadway act
Source: Broadway

The 34-years-old star is active on her Instagram and updates her daily life to her fans. She has been enjoying her successful professional life and let us hope she get a partner in her life pretty soon.

Strong started her career by performing in various theatre groups including The Second City and iO Chicago. The comedian debuted in SNL as a featured player in September 2012. She then co-anchored with Seth Meyers and Colin Jost at the show. 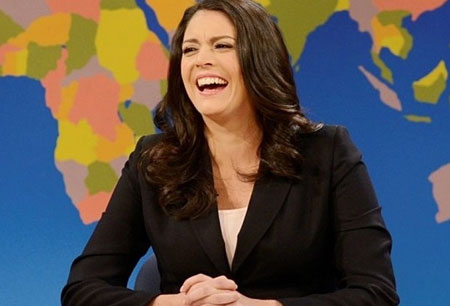 Her character in the show features an idiotic and ditzy activist known as "The Girl You Wish You Hadn't Started a Conversation With at a Party", named Dana. She has done numerous celebrity impressions including Khloe Kardashian, Kendall Jenner, Ariana Grande, and several others.

Her work at the SNL has received huge feedback from the critics which sure will get her to higher places. Despite her work in SNL, she has also featured as an entertainer at the 2015 White House Correspondent's Association dinner taking digs at several organizations. 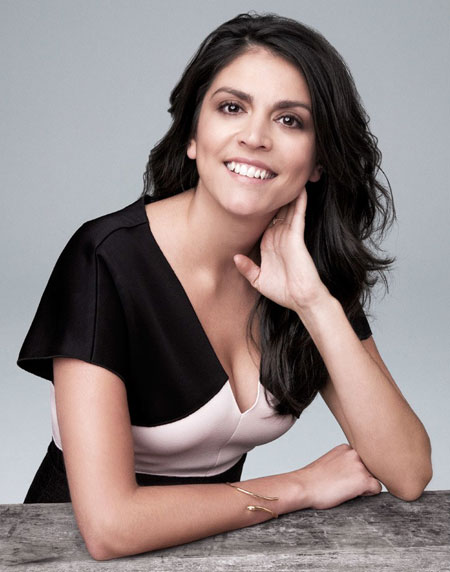