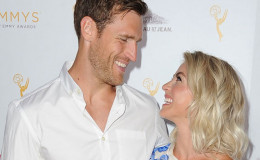 Let's find out about all that went down.

Julianne Hough and Brooks-Married At Last

The day was beautiful and birds started chirping wedding songs just outside Julianne's window. We're sure she didn't sleep all night and all night wondered about those cherishable moments she spent with Brooks. 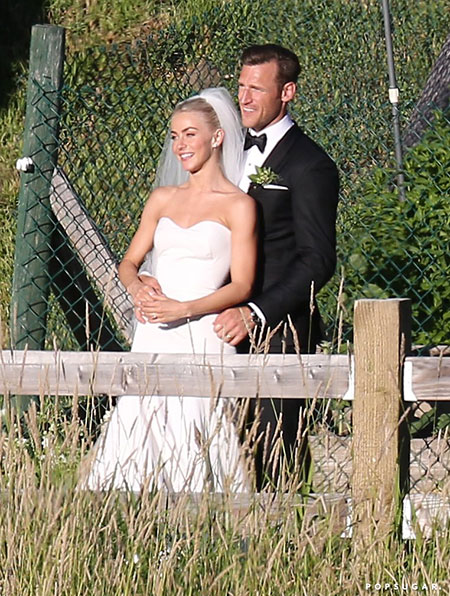 Julianne and Brooks tied the knot after getting engaged in 2015.
Source: Pop Sugar

The pair got engaged last year in August 2015, after dating for a long time. Upon accepting the ring, the 28-years-old dancer shared an adorable snap on Instagram.

We are overwhelmed with joy and excitement to share with you our recent engagement! #fiancé #love

It's a very big moment for anyone when they're engaged to their better half for good. And on July 8th, 2017, they took a step further and exchanged wedding rings.

The bride wore a custom-made Marchesa gown and top it all off with a Lorraine Schwartz jewelry. Her groom looked slick and handsome wearing a custom made black tuxedo.

Details about the Wedding

The marriage took place in the beautiful county of Coeur d’Alene, Idaho. The pair decided to make their wedding extravagant and invited more than 200 guests. 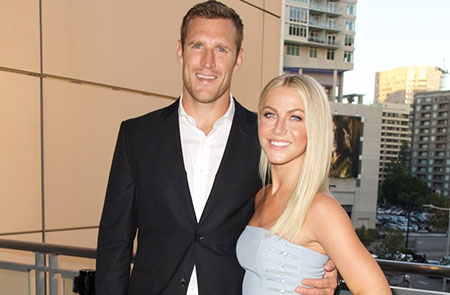 “I don’t think I ever really necessarily dreamed about my wedding as a kid. But I know I will always cherish and remember it for the rest of my life.”

The nuptials designed by Troy Williams of Simply Troy Lifestyle + Events, seen welcoming dinner for the guests on Thursday night. 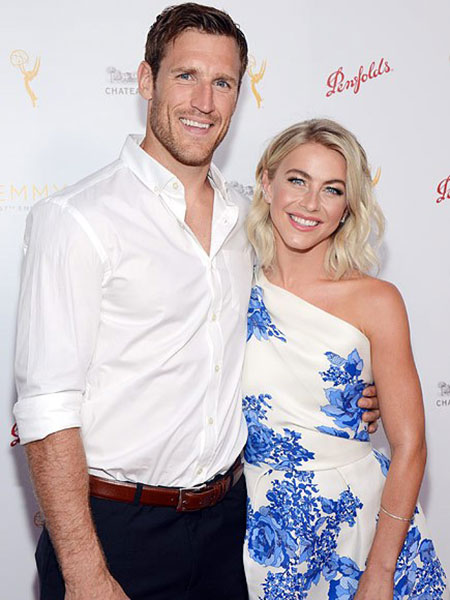 The pair attending the premiere of DWTS in Los Angeles.
Source: People

Talking about why they chose the wedding destination outdoor, the pair divulged,

“It was really important to me that we had our ceremony outdoors. Julianne and I are very adventurous and free and wanted the setting to be in nature.”

Looks like the pair had already decided on the destination for their marriage around the lake.

Their wedding wasn't the only day they enjoyed as the pre-party was pretty enjoyable for the 200-guests. They indulge in a beach volleyball, family photos while wearing bikinis, and whatnot.

Hough recently shocked the fans by opening up about her sexuality in Women's Health. Now, their fans might think that the announcement might bring some dispute between her relationship with her husband. Instead of ruining, her relationship started growing strong. Moreover, her husband is very proud of her courage.