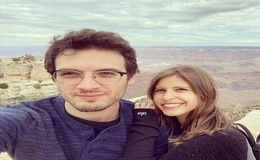 In admittance to his words, Elijah Spader calls himself an audio boy and we agree. And the audio boy also happens to have found the woman of his dream. Just, take a look at Spader's love life.

The handsome Elijah Spader is one talented man. He is an actor, screenwriter, audio producer, audio engineer, and whatnot. And, life happens to be going great for Spader in every aspect, to say the least. 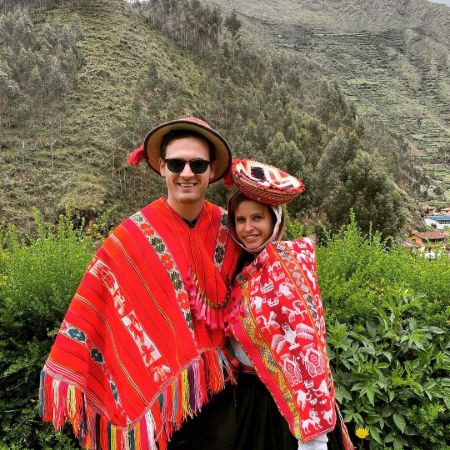 With a great career on one hand and a great supportive girlfriend on another, Elijah got it all. And, the multifaceted artist is happily dating his beautiful girlfriend of more than three years, Samantha Ladenheim.

Spader and Ladenheim fell in love in 2017 and has been going stronger ever since then. Not to mention, the lovebirds are also not shy of sharing their lovey-dovey snaps on social media.

As a matter of fact, Samantha is Elijah's travel buddy too. And, the couple has traveled to a lot of beautiful places in the likes of Peru, Hawaii, Australia, Disneyland, and Iceland, to name a few.

Spader and his girlfriend Ladenheim, however, are not engaged to be married. Spader is definitely waiting for the right time to pop the question before they are ready to settle down and move on and start their next chapter.

Obviously, Samantha Ladenheim isn't the first or the only woman to have been romantically linked to Elijah Spader. And, while the audio engineer is happy to have found love again, Spader also has a history with another woman. 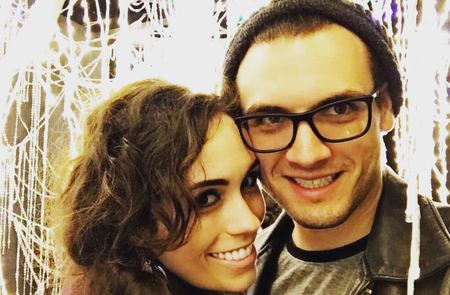 And, one was his former girlfriend Hilary Powell who Spader dated in the mid-2010s. As a matter of fact, Spader and Powell were together even in early 2017, the same year he started dating his current girlfriend. But, as things couldn't work out between them, Elijah and Powell eventually split.

But, everything is in the past and both Elijah and Hilary have moved on from whatever they shared. And, it looks like Spader's current girlfriend, Samantha Ladenheim doesn't mind either with her boyfriend's past as Elijah still hasn't deleted pictures of himself and Hilary from his Instagram.

Elijah Spader has come a long way in Hollywood as he established himself as one of the vital artists. And, it wouldn't be fair to talk about his career without crediting his father, James Spader, and maternal grandmother, Lee Kheel. 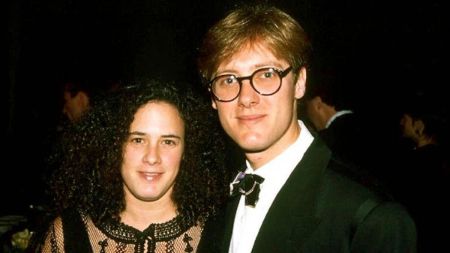 Indeed, Elijah was inspired and motivated by his father to embark on his journey to the acting industry. And, his father is best known for his role in The Blacklist, Boston Legal, Pretty In Pink, Avengers: Age of Ultron, and Stargate among others.

Although Elijah is yet to make it big in Hollywood like his father, he has still already contributed to projects that include The Marksman, The Blacklist, Nailed It, Roll for Initiative, and At Night Comes Wolves.

In addition to his childhood, Spader grew up in California along with his brother Sebastian Spader. His parents, father James, and mother Victoria Spader are divorced. And, from his father's current relationship with Leslie Stefanson, Elijah has a younger half brother named Nathaneal Spader.