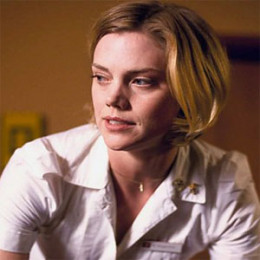 American model, actress, and artist, Leslie Stefanson is popularly known for her role as Capt. Elisabeth Campbell in the movie, The General’s Daughter. Stefanson made her Hollywood debut from the 1994 movie, The Cowboy Way. Stefanson and her boyfriend are proud parents of their child.

She welcomed her first child, a son with her longtime boyfriend James Spader in August 2008. The couple has been dating for so long and they may walk down the aisle anytime soon.

Leslie Stefanson was born Leslie Ann Stefanson on 10th May 1971 in Fargo, North Dakota under the birth sign of  Taurus. Stefanson is American and as far as her ethnicity is concerned, she is White. She is the daughter of Corinne Stefanson and Randy Stevenson. She was raised along with two siblings, Susan Stefanson and Lisa Stefanson in Moorhead, Minnesota.

Leslie Stefanson debuted in Hollywood in 1994 from the movie, The Cowboy Way. She shared the screen with Woody Harrelson, Keifer Sutherland, Dylan Mc Dermott, Cara Buono, and Marg Helgenberger among others.

Leslie Stefanson was interested in arts from a very early age. In 2003, she changed her profession from acting to sculpting.

In 2000, Stefanson studied human anatomy for years. She then learned bronze sculpture and by 2004, she made her own bronze piece called, I Myself Alone. As of now, she makes bronze and terracotta sculptures in LA and New York.

Leslie Stefanson is currently in a relationship with American actor, James Spader. The couple started dating from 2003 after meeting for the first time while filming the movie, Alien Hunter. However, they kept their relationship low profile and rarely appear in public. Even after years of relationship, they seem in no hurry to get married. 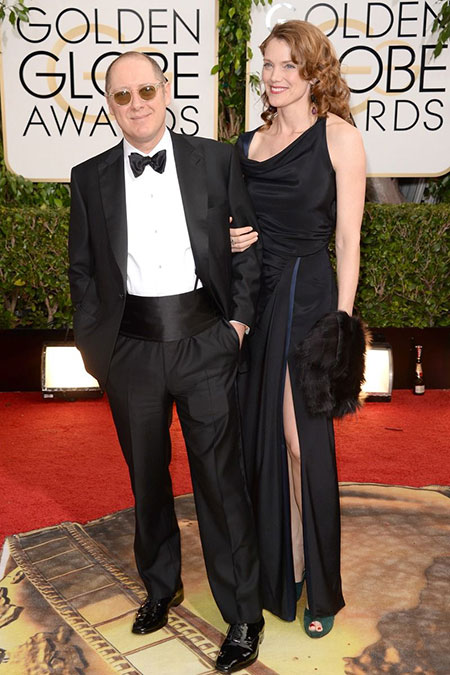 They together share a child named, Nathaneal Spader born in 2008. The couple got engaged the same year the pair welcomed their first child.

Despite the busy schedule, they somehow manage to take proper care of their child. Stefanson is also a stepmother of Spader's two children from his previous marriage, Sebastian Spader, and Elijah Spader.

Before this relationship, in 1997, she dated American actor and former boxer, Ryan O’Neal and eventually broke up.

Leslie Stefanson, 48, has a height of 5 feet 11 inch (1.82m) and weighs around 53 kg. Stefanson who began her career from the movie, The Cowboy Way earned an estimated net worth of million dollars through her various profession. However, the exact amount hasn't made official yet.

Some of the movies of Stefanson that were a box office hit include:

Her sculpting career also adds more sum to her net worth.

Her boyfriend, Spader has an estimated net worth of $10 million and said he earned $125,000 per episode from the TV series.

On 31 August 2008, Leslie Stefanson and James Spader welcomed their first child name, Nathaneal Spader. Besides him, Stefanson is also a step-mother of Spader's two children from his previous marriage.