Home Article English Actor Hugh Laurie Is Married to Wife Jo Green For a Longtime; How Many Children Do They Share?

English Actor Hugh Laurie Is Married to Wife Jo Green For a Longtime; How Many Children Do They Share? 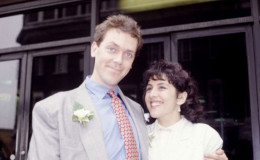 Know about the married life of English actor Hugh Laurie with wife Jo Green. Also, know about his struggle with depression. see if the actor had any past affairs.

James Hugh Calum Laurie, is an English actor, director, musician, comedian, and author who is famously known for portraying quirk and difficult-to-get along surgeon in the FOX’s medical drama House, MD.
Laurie was listed in the 2011 Guinness World Records as the most watched leading man on television. At the same time, he was also one of the highest-paid actors in a television drama, earning £250,000 ($409,000) per episode of House.

However, all of these came at quite a heavy price for Laurie. See what other things he was missing, leaving, and almost losing when he was just emerging out as a new face for the TV; Laurie struggling married life and depression.

Hugh Laurie is currently married to Jo Green. Unlike Laurie, little do people know about 63 years old Joe. However some claims she was or still is a theater administrator.

Laurie and Jo stories of love dates as far back as 1988. And by 1989, they were already man and wife. The big day for the English couple took place in Camden, in the United Kingdom. Hugh and Laurie were already far ahead in their relationship even before their wedding. In fact, their first child, Charles Archibald Laurie was born during the initial phase of their dating, in 1989.

Two years after their first child, the pair went onto add two more into the family picture. Their second heir, William Albert Laurie was born on the year 1991 followed by a girl, Rebecca Augusta in 1993.

But how did Laurie manage to keep his marriage so successful for such a long time with still no sign of falling apart?

Well, given the span of three decades, Laurie may have had some ups and downs with Jo in past or at least somewhere in between. And one of those moments for the couple happened when Laurie was just enjoying the time of his career.

While playing the role of Dr. Gregory House in FOX’s House MD, Laurie spent nine months the in the US out of every year separated from his wife and family, who were living in North London.

The separation was extremely difficult for Laurie, Jo, and even his children. In the meantime, Laurie even thought of uprooting his family in Los Angeles but due to some hurdle, this supposed outlet also went in vain. Furthermore, Laurie and Green were very attached to the educational system in the UK. 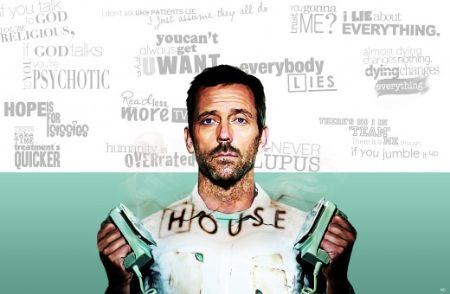 When asked by The Daily Mail on balancing his work and personal life, Laurie said,

“I wouldn’t say that doing the series has made my marriage easier. Better? I don’t know about that either.”

Although, the actor was at the peak of his career with two golden globes win, his personal life, on the other hand, was taking quite a toll.

In a 2001 interview with the Evening Standard, Hugh confessed his battle with depression, and how that inflicted his wife and children.

“I don’t know enough about the illness to say whether it was clinical, but I was certainly more than feeling a bit sad. It went on for long periods of time and had all the other symptoms, like lethargy and not wanting to get out of bed in the morning.”

More than once, Laurie described the depression as being something that was weakening him from the inside.

“I can remember the moment when I realized I had a problem. I was doing this stock-car race for charity somewhere in the East End. But in the middle of the race, with cars exploding and turning over – life or death – it suddenly hit me that I was bored.”

However, it wasn’t only the apparent things the actor was wrecking with this breakdown of his. In fact, according to Laurie, at one point it reached to such extreme that it almost cost him the love of his life.

As during the interview, Laurie even admitted that the depression may have somewhat contributed to his “brief extra-marital affair” with a film director, Audrey Cooke. But, he didn’t add further than that.

“It possibly was connected. But I don’t remember.”

When asked how he and Jo were able to get past that, Hugh said,

“It’s terrific, and I’m very lucky. I’m so much happier now and more accepting of things.”

Things started to finally turn good for the actor after the finale of House. As after that, he returned to England to his wife and children. In addition, Laurie also hasn’t been able to gain that much of a spotlight we were receiving during his House’s days. Nonetheless, it might be rather his choice of instead of having a peaceful life with Jo and the children.

Even before Jo Green nabbed Laurie for the eternity, which other names were there who was lucky enough to be with this once World’s Sexiest Man Alive.

Way before the actor became a household name in TV, he was already in a relationship with another English actress and an Academy winner, Emma Thompson. The duo was often termed as the star British love in the Hollywood. 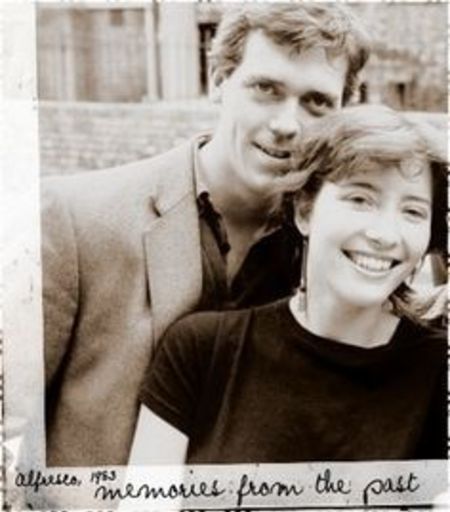 Emma Thompson dating Laurie throughout their time at Cambridge is a thing that actually happened and will be talked forever regardless of their now different marital life.

When Thompson was asked about his ex now turned into a good friend, she said to the Bustle,

"He was rowing in the Oxford and Cambridge boat race. He was enormous and eating steak all the time. And asleep for the rest of the time. He was also very funny."

On the other side, Laurie also came with a similar view of his towards their past dating moments.

"Everything she did just ooze talent. She said talented things, she wore talented clothes, she rode a talented bicycle, she made talented spaghetti. She is a truly remarkable person, a very good friend, and I could not be prouder.”

The actor gushed about the Sense and Sensibility’s actress. 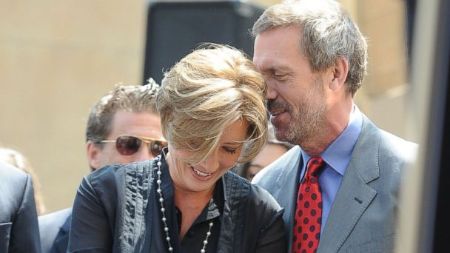 While their relationship only lasted for four years (from 1978 to 1982) they remain a very close friend after that.

Recommended: Is Melanie Scrofano Pregnant After Her Less Known Married With Husband Jeff

The former duo also had joint collaboration throughout the 80s and 90s with their roles including the sketch comedy series A Bit of Fry & Laurie and the P. G. Wodehouse adaptation Jeeves and Wooster. 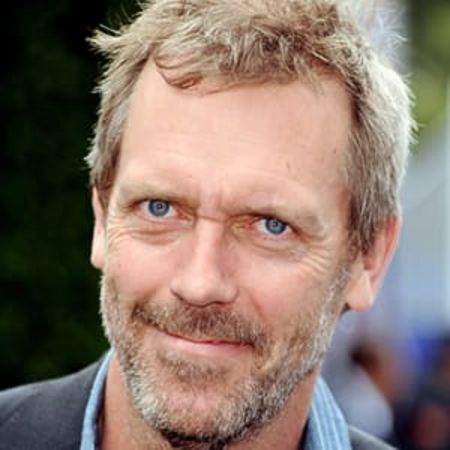