Find out all the details regarding the Professional life of Anderson Cooper's Boyfriend Benjamin Maisani; See his Wiki, Net Worth and Career

But how many of you know about his boyfriend of 8-years, Benjamin Maisani, a French nightclub owner. Not to worry, as we have all the information regarding Cooper's boyfriend.

Okay, we have to admit, Ben first came to prominence when Anderson revealed he is his boyfriend and until then none of us ever heard about this charming and handsome French man. 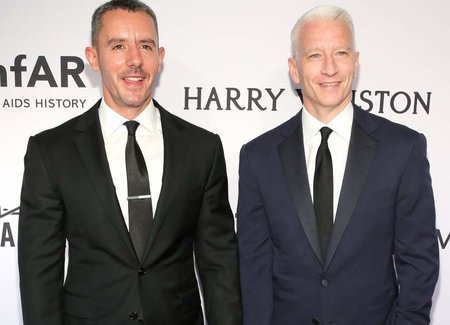 Benjamin and Anderson attending an event together in New York city,
Source: Heavy

For starters, Benjamin is a big shot as well, just like his boyfriend Anderson. He started out his career as a bartender in a small Gay bar in Chelsea. He quickly moved up the ladder and became quite prominent in the restaurant industry.

After he started working in the bar, it made him more open to his surroundings and more confident. In an interview, he said how it transformed him. He stated,

“I’ve always been a night person. The bar got me out of my books and the cozy atmosphere of the Morgan. And working in a social environment forced me to work on my timidity. It gave me self-confidence.”

After making a name for himself in his hometown, he moved to New York to study filmmaking. It was then when he first met his future beau, Anderon Cooper.

Coming back to his professional life, Ben is currently the owner of several gays bars such as Easternbloc, Bedlam Bar & Lounge, and Atlas Social Club.

He and Anderson have been dating since 2009. After they went on their first date it was pretty evident they are made for each other.

Talking about his relationship, the CNN journalist once said,

"The fact is, I'm gay, always have been, always will be, and I couldn't be any more happy, comfortable with myself, and proud."

The pair doesn't like to preach about their relationship all around the world as both of them are busy in their respective career but they make sure to share a photo or two on their Instagram account.

He is the art expert.... I'm the complainer who wants to take naps.

They are going strong for 8-years now and Cooper's mother is planning their wedding. A source said,

“Anderson’s turning 50 next summer, so he finally figured it was time to take the plunge. It took a nudge from Gloria to make it happen!”

Well, we are eagerly waiting for the big day and would like to see both of them finally be in a marriage bond. 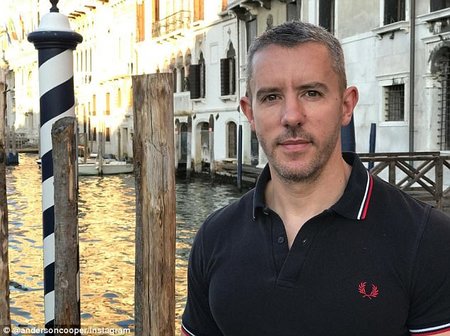