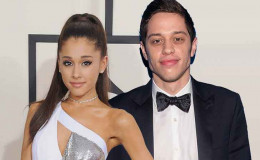 American is totally in love with this new couple. Ariana Grande and Pete Davidson appear to be taking cuteness to a whole new level. Both of them recently went through breakups of their own; Grande parted ways with Mac Miller, while Davidson split from Cazzie David.

Grande and Davidson who confirmed their dating rumors in May 2018, got engaged in June 2018. Ever since the pair got together, they are nothing short of relationship goals. Here are five reasons why Ariana Grande and Pete Davidson, are the cutest couple in Hollywood right now.

5. They Go Shopping Together In The Most Adorable Manner

If there was an award provided to the cutest shopping couple, this would definitely belong to Grande and Davidson. They share their shopping adventures in their Instagram stories and they couldn't look any more adorable together.

In their most recent shopping trip in New York City, Davidson shared a photo of the two inside a car with Pete sticking out a tongue wearing a lilac hat, while Ariana sported a white visor. 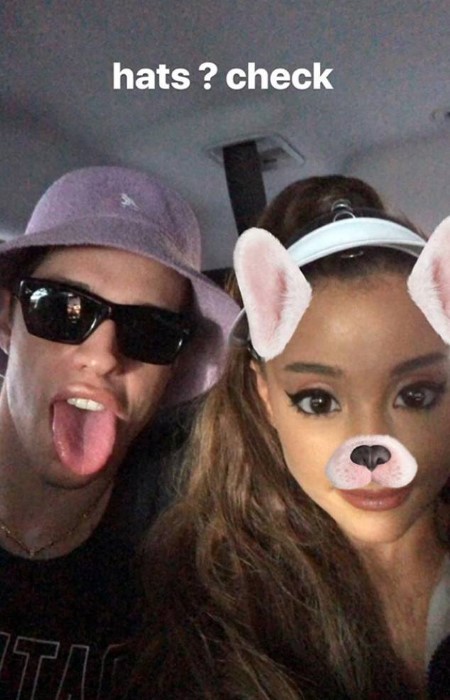 Ariana Grande and Pete Davidson having fun on their way to shopping
Source: Instagram

The couple later headed to Sephora store and Grande posted a video of the two crouching and making silly gestures while standing up.

Their fans are always in awe of how adorable they are together!

Instagram was initially the place the lovebirds eventually put the speculations and rumors to rest when Davidson posted a picture of them together with the clever caption "The chamber of secrets has been opened..." Since then, they are seen flirting on a regular basis.

In fact, just a day after they went public as a pair, Grande made an Instagram post of her own. Her new boyfriend was seen kissing her on the cheek. She captioned "i thought u into my life woah ! look at my mind."

i thought u into my life woah ! look at my mind

As the days have passed, they seem to get even more adorable. From various emojis to witty remarks, their fans can't seem to get enough of their constant flirts in the comment sections.

3. Pete Is The Perfect Boyfriend For Ariana

The Saturday Night Live comedian always knows how to make her laugh. Apparently, Ariana loves the fact that Pete leaves no shortage of effort to ensure she is having a good time. A source said:

"She (Ariana) loves that Pete makes her laugh and they share a common sense of humor." 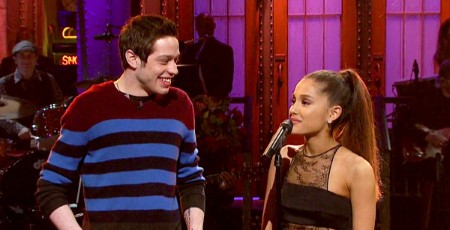 Meanwhile, Pete displays his affection by calling Ariana her queen and angel. On her birthday, he wished her with the caption:

"Happy birthday to the most precious angel on earth! you’re my favorite person that ever existed  i love you sm"

Moreover, Pete has great taste in jewelry, which Ariana seems to appreciate. Furthermore, he can't stop gushing over how much he loves her.

2. They Are Supportive Of Each Other's Careers

It's not easy to be there for your partner when you have an immense work commitment. However, this does not seem to faze this pair as both seem to take their time off from their busy schedules to support each other whenever they can.

Ariana was spotted taking a trip to Atlantic City to watch one of Davidson's comedy gigs for the David Chapelle show.

In Atlantic City @petedavidson & I giving a handful of Laugh Beatings before Dave Chappelle went up and destroyed the stage. Got to meet @arianagrande who cool as frozen mangos! #davechappelle #wilsylvince #petedavidson #arianagrande #laughbeatings #atlanticcity #ac

Merely a day later, the comedian was full of praise for his partner after her Wango Tango performance.

This charming duo certainly carries amazing chemistry and know how to get the best out of each other in their professional life too.

1. Pete And Grande's New Tattoos Are Inspired By Each Other

Tattoo Artist London Reese posted a picture of his latest work for Pete Davidson earlier in June. Davidson tattooed Grande's initials "A.G." on his thumb. Moreover, the other one appears to be a black bunny, the same one that was displayed on the cover of Ariana's third album Dangerous Woman.

We had a good night.

Likewise, Grande and Davidson got matching "H2GKMO" tattoos along with a friend Courtney Chipolon in June.

Later in the same day, the couple got a matching "REBORN" tattoos. This was picked up by her fans through her Instagram story.

Right after I tweeted this I watched her story and she has a tattoo that says reborn........ um @ArianaGrande that means you should be my friend pic.twitter.com/Pe1LkFXgGo

Moreover, Grande got Davidson's late father's badge number tattooed on her foot. Pete's father was a firefighter who lost his life during the September 11 attacks. His badge number was 8418, which Davidson had already tattooed on his left forearm. And now, his fiancee Grande followed suit as she got it inked on her left ankle as a way of paying tribute.

Though the couple is together for only a couple of months, Pete and Ariana certainly seem fascinated by their new relationship. There remains no doubt they are relationship goals and their millions of fans around the world can't wait for them to tie the knot sooner than later!