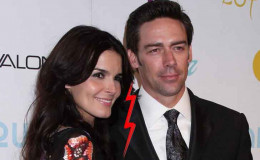 "Life is hard," says the gorgeous Hollywood actress, Angie Harmon after her tragic split with husband of more than a decade, Jason Sehorn. Harmon is one positive lady in the entertainment biz who remained strong and upbeat. She left her fans shocked when they called it quits.

Living a single life for a few years, the Rizzoli & Isles actress seems to have found the one she was waiting for. Who is the actress dating presently? Let's know about the love life of the actress so far.

Beautiful actress Angie Harmon chills at the beach celebrating her birthday with the loved ones!

Harmon is currently dating Days of Our Lives handsome star Greg Vaughan. Details about their relationship are still missing but Vaughan confirmed in an interview with CBS in June that he has a new love in his life who is Angie Harmon.

Angie and Greg are dating which was confirmed in July
Source: TheInquisitr

“We met during our modeling period, in which we worked together, and kept in touch throughout the years … We’ve been respectful in our lives and as friends, and then we connected. It’s been our little private journey.”

She recently celebrated her 46th birthday with the nearest and dearest people around her. She posted a series of pictures of her trip to the beach with her three daughters and boyfriend Greg.

Better late than never! ????Happy July Fourth!???? (From all of us trying to smile into the sun!) #moresunglasses #blessed #grateful #boysareloud #moderndaybradybunch

She also wished him on his birthday on Instagram.

HAPPIEST OF BIRTHDAYS TO YOU @gregvaughan !! The love & light & joy that you bring to everyone who has the blessing of encountering you is immense & immeasurable! You are a tremendous man, a fantastic father & we are all blessed to know you! I hope this is your best year yet! #blessed #grateful #happybirthday #

Vaughan wrote a sweet tribute to his new girl for her birthday posting a picture on Instagram.

There isn’t a day that I don’t feel I am blessed, but as is every day I live to see another day, I continue to see a new blessing enter my life!! Your love of life and allowing me to open mine and our ability to share ours together with 6 amazing children is beyond any wish I could have dreamt!! May all your days continue to be filled with sunbeams, smiles, laughter, love, joy & my warm embrace HAPPY BDay @angieharmon #moderndaybradybrunch #laughter #smiles #longwalks

Well THAT was FUN!! Love y’all so very much & thank you for an AWESOME BIRTHDAY CELEBRATION!! #blessed #grateful #moderndaybradybunch #FAE #framily

As beautiful her face is, she has got a beautiful heart as well. She went on a field trip from a UNICEF to Vietnam to visit many victims of domestic violence, human trafficking, and sexual exploitation. She said in an interview with People,

“I think one of the things that really stood out is that, as much as Vietnam wants to be a large recognized country, they want to do it as a whole,” she said. “They don’t want to leave any children behind [and] they just want to move forward as an entirety.”

She also went to Rwanda with World Relief at the end of July this year with her daughters to help the people of the Musanze district build the road at their cemetery.

There are too many times to count that I have been proud of my daughters.... today was one I will never forget. We helped the people of the Musanze district build the road to their cemetery. To say it was hot is an understatement & we had dressed warmly because we started up in the mountains where it was cold. I can sum up the tremendous spirit of my girls in finn’s words. “Mom, I was so hot. I could see the sweat dripping off my nose. Then I looked around & saw the woman that was leading the songs & motivation wearing a long sleeve, black shirt & black jeans & the woman wearing a long skirt with her baby wrapped around her on her back & there was no way I was going to stop. I kept thinking if I’m this hot in shorts, how must they feel?”. It wasn’t until about 30 mins later when Avery told me to look at Finn & she was bent over did we stop. “Mom, I’m gonna throw up” & we were out. We walked back through the 2 THOUSAND people of the community & went to the celebration afterwards... this was a day I will never forget. Thank you @worldrelief for this proud moment!

While on the other side, Vaughan was married to Dutch model and actress Touriya Haoud. They tied the knot in 4th June 2006 and shares three sons, Jathan James, Cavan Thomas, and Landa Reid. The couple parted their ways in 2014.

Well, the Law & Order actress is having a quality time with her new boyfriend Vaughan and the two often posts living a joyful life with each other and their children from former marriages.

Parted Ways After More Than A Decade Of Married Life, Why Did Angie Harmon And Jason Sehorn Separated??

Before the actress started dating her new handsome hunk, she was a married woman. The 46 years old actress was married to New York Giants cornerback Jason Sehorn. 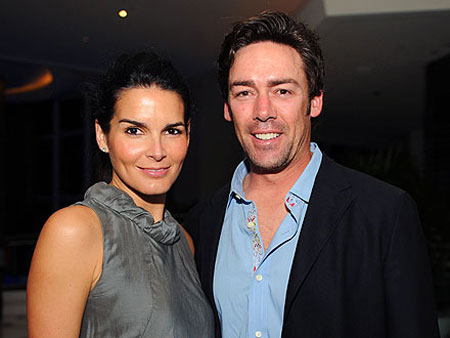 The former couple had one of the most memorable proposals recorded on TV. Harmon appeared on The Tonight Show with Jay Leno in 1998 to talk about her love life where Sehron surprised her with popping the question. 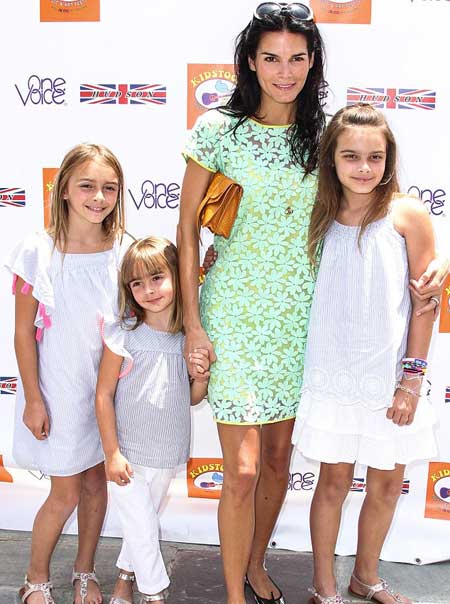 Angie has three daughters from her previous marriage
Source: DailyMail

The couple decided to end their marriage in 2014. Harmon explained about the difficulties of having time for her family and love life with the busy schedule she has.

She said in an interview,

"Marriage is a lot of work, really. I don't get out Friday nights early enough to catch a flight home. So I'm here. We sometimes meet in Texas, a two-and-a-half hour flight for both of us. I miss my kids, so it's hard, but my children are so understanding."

Well, the couple decided to end their marriage after 13 years of togetherness and lived separately. 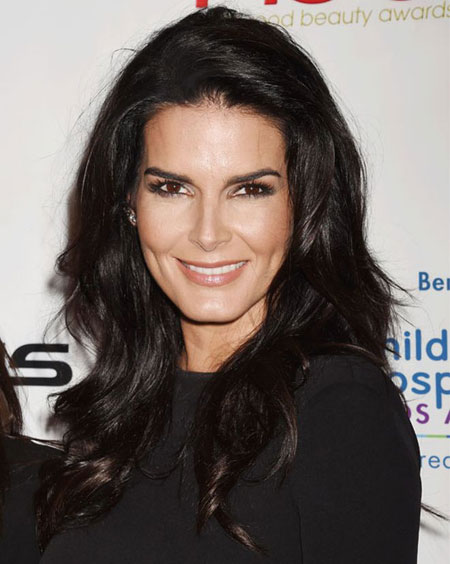