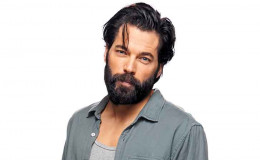 Tim Rozon is a Canadian actor caught up in the media circus of Hollywood. from being suspected as a gay to being associated to his co-stars, Tim finally put all the rumors to rest when the news of his marriage in 2015 broke out. But he has kept his wife's identity a secret.

Being a gorgeous actor, rumors and speculations about one's sexuality and relationships is a work hazard that comes with the profession but the extremes at which the rumors get is sometimes incomprehensible.

Tim Rozon is one of the best looking actors, was also caught in this chaos of rumors until they were shattered. From being suspected as a gay to being associated with his every co-star, it's fair to say that he has had his share of unsupported rumors on his plate.

Tim Rozon is a really good looking actor and it was recently revealed that he got married to a beautiful girl that goes by the name, Linzey on her Instagram. He has been able to keep his marriage hidden from the world and although the news of his marriage got out, he has still managed to keep the identity of his wife a secret.

It has been revealed that they got married on 6 September 2015 but upon doing some digging around his wife’s Instagram account, the couple is pictured together way back from 2012. So it’s a safe bet to say that the two have been together several years before deciding to tie the knot.

Till today, Rozon and his wife have been enjoying a blissful life together as husband and wife and the duo is reaching milestones after milestone, having already celebrated their three year marriage anniversary.

The next logical step for the lovebirds is probably to start their family although whether they do it or not is a whole other story.

Tim Rozon and his wife Linzey are in a relationship for over 7 years now. Before turning a boyfriend-girlfriend relationship into holy matrimony, the pair dated for about three years. The celebrity couple doesn't have any children to date. Yet, they relish one another's a company without any rumors of divorce and extramarital affairs. Both Tim and his partner Linzey's socials are showered with the pictures of the moment they've spent together.

Tim Rozon Relationship Rumors And Girlfriend; Speculated To Be Gay

It's hard to believe that the handsome hunk was speculated as a gay man many times. Fortunately, he put those rumors to rest when he showcased his adorable partner & wife.

Tim is best known for portraying the character Tommy Quincy on the CTV teen drama, Instant Star and there was a usual enthusiasm from the public that he and his co-star Alexz Johnson were in a relationship, but that speculation was also shattered.

Don't miss: Canadian Director Eugene Levy married to his wife Deborah Divine for quite some time

There was also news of Tim and his fellow co-star Chantel being in a secret relationship, as both shared excellent chemistry between each other on the supernational horror series, Wynonna Earp. Their characters, Doc Holliday, and Kate are married on the show and the good bond was clearly seen.

Outside of the stage, the two were seen on each other’s social media account, often sharing pictures of enjoying their companionship together. From exciting the fans for the next episode of the show to wishing one another on their special days including birthdays, the two actors indeed share a strong bond.

With that said, although they’re husband and wife on the show they’re just close friends at best and are not in any intimate relationship with each other. Regardless of the rumors, we are happy that Tim is settled and happy in his life. 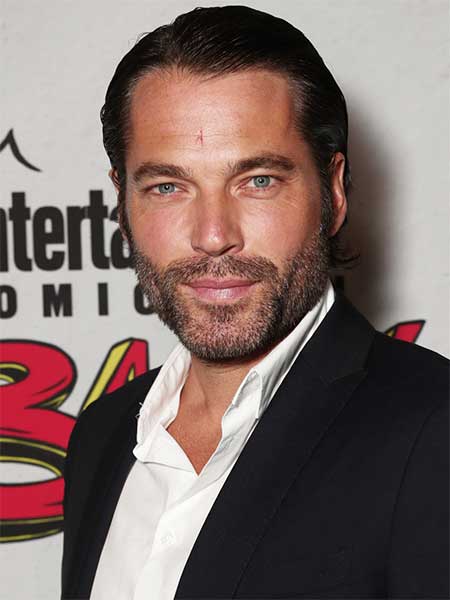