Home Article Is 1.64 m Tall American Singer Kehlani Has a Child With Her Boyfriend: What About Her Rumors?

Is 1.64 m Tall American Singer Kehlani Has a Child With Her Boyfriend: What About Her Rumors?

Like her successful career, Kehlani maintained a smooth relationship with her boyfriend. The unmarried lady popped up in the media after revealing that she is pregnant.

Fans flooded with questions like, 'Who is the father of Kehlani's child?', 'Is she married or still dating someone?' Let's find out the personal details about Kehlani including her past affairs.

Who is American Singer Kehlani Dating?

Kehlani, 23, is currently in a dating relationship with a boyfriend of whom she refuses to reveal the name. Yet, she openly remained in a romantic affair with two other guys. 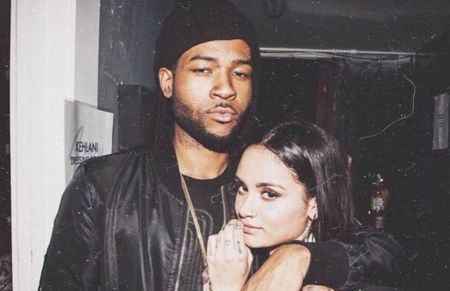 Kehlani and her ex-boyfriend Party Next Door
SOURCE: Complex

Firstly, Kehlani remained in a romantic affair with rapper Jahron Anthony Brathwaite who performs under the nickname 'PartyNextDoor'. As a matter of fact, PND is 2 years senior to Kehlani with whom he started dating in 2015.

Recommended: American Professional Basketball Player Kyrie Irving Has A Daughter; Is He Married Or Dating A Girlfriend?

Together, they shared a beautiful romance for about a year until they broke up. It made a loud noise in media after they made it clear that they broke it off.

Shortly after her romance with her ex-boyfriend ended, dancer Kehlani started a lovey-dovey with the American basketball player Irving. As from the reports the pair kicked off their chemistry since the beginning of 2016.

Above all, Kehlani shattered millions of heart after sharing about her new boyfriend on Valentine's Day through her Instagram post.

Also, Read: Is American singer Mitch Grassi Dating someone? Find out who is his Boyfriend?

But soon after she revealed about her affairs, her crazy ex, PND uploaded a picture on his Instagram, captioning that they’ve slept together again. Chaos arouses in the mass. But the rumors cooled off as it came out to be a hoax.

The American singer Kehlani is expecting a baby child. She'd revealed about her being pregnant on her Instagram.

all for you Ms. Adeya Nomi thank you everyone for the most beautiful day ever. still in awe. @breescakes with the amazing sweets @nickyparks killed the decorations!

The songstress revealed her pregnancy posting a sweet picture of herself while a baby cradling inside her baby bump.

You May Like: Nelly Furtado and Demacio Castellon got married in 2008. Are they expecting a child?

However, she didn't reveal who is the actual father of her daughter. In fact, she joked that the father is someone who'd 'been in front of y'all faces' often.

Becoming a proud mother is the greatest thing she encountered. Furthermore, the lady admits;

"I've always been very open with you all about my personal adventures & accomplishments, this was the HARDEST to hide. if you know me, you know I've dreamt about motherhood since I was very young."

Following the news of her baby, many of her fans proclaimed that the father is her ex-boyfriend PND. Meanwhile other points out to Kyrie as the father of Kehlani's child.

Yet she has kept all the personal things inside her heart. 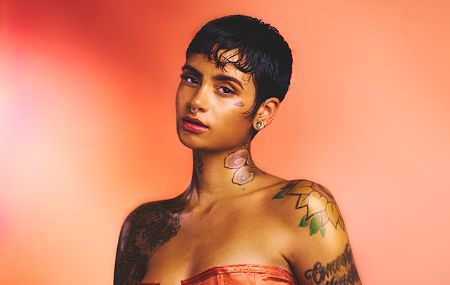