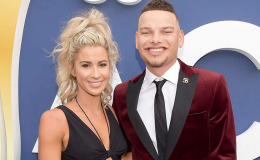 The most awaited moment for Kane Brown's fans is finally over!

As every single admirer of American country music singer Kane Brown was so excited to see him become a dad, here, the star is finally ahead with a piece of good news for you people.

The American country music singer and his wife Katelyn announced the perfect name for their first child and the future queen of the house: Kingsley.

Kane and Katelyn picked the name for a baby girl while Jason Aldean and Brittany Aldean threw an awesome baby shower on August 14, 2019.

The lovebirds walked down the aisle in October of 2018 at Mint Springs Farm in Franklin, Tennessee. Prior to this, Brown proposed Jae on Easter Sunday in 2017. At the time, she's featured on the country singer's music video "What's Mine is Yours".

This time, Kane has all the possible reasons to thank 'Heaven!'

The Experiment star, 25, shared the blessed news via an Instagram post on Monday, 15th April 2019  that they are soon becoming mommy and daddy. 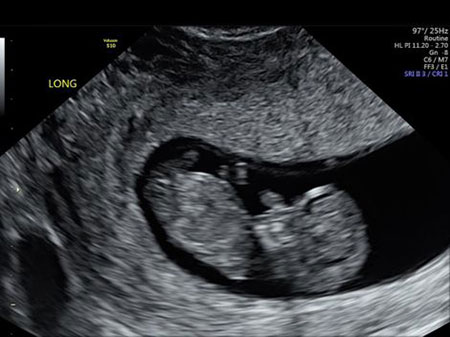 Kane Brown expecting his first child with his wife.

He shared an image of Katelyn's sonogram report that captioned,

In addition, Jae uploaded a video of herself getting the sonogram. She explained in the video that it was the most day of her life so far.

the coolest day of my life by far. I barely could stop laughing / crying to let her get pictures but I am soooooo happy and excited. @kanebrown_music I love you so much & am so excited to have an addition to our family to share our everyday fun, travel , & love with

Further, she shared her excitement,

"I barely could stop laughing / crying to let her get pictures but I am soooooo happy and excited. Kane, I love you so much & am so excited to have an addition to our family to share our everyday fun, travel, & love with"

While fans were so desperate to know when the pair will start their own family, Brown mentioned that country star Jason Aldean and his wife Brittany repeatedly asked them the same question.

Talking to Taste of Country, he said about Aldean's wife,

"She keeps asking if we’re having one. Katelyn wants to wait until she’s, like, 30."

As Brown and his wife are heading towards the new phase of their life, let's congratulate the couple for happy news to come pretty soon!

We all know that Kane and Jae are happily married and are soon-to-be parents. So, before talking about their wedding, let's take a ride on how things actually started.

Brown proposed his girlfriend on Easter Sunday 2017. It was the day when the two were watching The Amityville Horror. He later told PEOPLE, 'I just couldn't wait'. 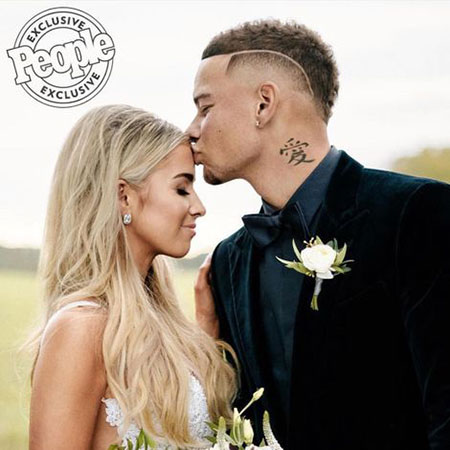 Lovebirds Kane Brown and Katelyn Jae on their Wedding.

Despite his busy working days and tours, he always managed to spend quality time with his love and that's only the secret that their bonding molded into a husband and wife relationship,

"We prioritize time together and make sure to have as much normalcy as possible with date nights and nights at home with our dogs. And we have a great appreciation for each other and respect each of our careers and time to do their thing as well. We love each other but are also friends — it’s so important to have that balance."

The duo tied the knot at Mint Springs on 12 October 2018. The amazing moments of their wedding is captured in Brown's song 'Good as You'.

You May Also Like: American Country Singer Gary Levox Is Living Delightfully With His Wife and Two Daughters At Their Mansion In Nashville.

About 200 people including their family members and friends attended the ceremony.

Enjoy Kane Brown's Good as You! 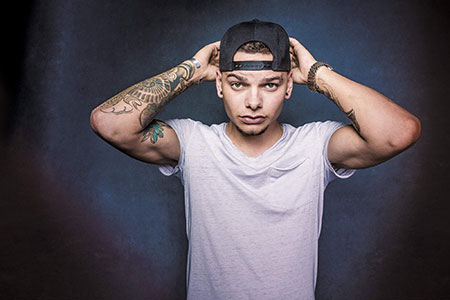