Home Article Is American Internet Personality Guy Beahm Married? Father of One Child His Wife Suffered A Miscarriage; Know His Affairs and Rumors

Is American Internet Personality Guy Beahm Married? Father of One Child His Wife Suffered A Miscarriage; Know His Affairs and Rumors 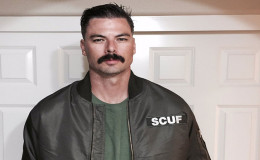 Thoughts only cannot lead a particular person to succeed in achieving their dream. But the passionate, Guy Beahm's consistency and determination led him to score what he always wanted.

The American Internet Personality Guy Beahm‘s professional career is crystal clear amongst his fans. Nevertheless, his personal life remains under the shadows. His fan's heart often fills with enthusiasm about the married relationship of this guy, Guy! Let’s take a ride through all stages of his life including his married relationship and net worth from his work.

Is Guy Beahm' Getting Married? (Girlfriend/Wife)

Gamer Guy Beahm is officially a married man. However, the iconic internet personality hide's personal identity and details about his wife. Keeping his identity under the shadow might be the reason why he created the videogame alter ego, Dr. Disrespect. 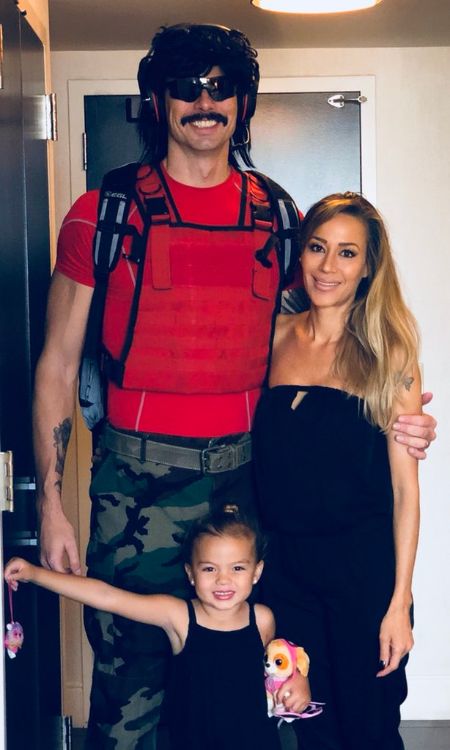 Guy Beahm AKA Dr. Disrespect with his wife and daughter.

His fans are eager to know more about his personal life and wife, although Guy seemed adamant about keeping it behind closed doors.

For instance, Guy shared his daughter's picture on his Instagram account but never opened about his wife. Nevertheless, it was until 2016 when Beahm's daughter picture was certainly out among the media. Beahm shared an image of his baby girl via Twitter post in the fall of 2016.

As far as we know, DR Disrespect, his partner and their kid is living a sound life. But then, in December of 2017, the YouTube streamer posted a video admitting he cheated on his wife. Beahm further mentioned, no onwards he'll be focusing on his family more than anything else.

While the cupid was on the way to be happy parents, Dr. Disrespect took a short break from his job and addressed the heartbreaking news regarding the miscarriage of the second baby.

Sadly, the Twitch streamer was on the verge of becoming a father for the second time but his wife suffered from a miscarriage in 2018. Beahm reported;

"Unfortunately, we lost it. So, we got to focus on what’s next. That’s the bummer news that I’ve been trying to avoid for a little while.”

Guy revealed that his family enjoys a healthy relationship. Moreover, he admitted that it is his fan's duty to not bother his relationships with his wife.

In addition, he expressed having a good time with his family of three. Guy enjoys little things in life like having dinner, watching TV, & swimming with his family members and we wish they live happily like this for many years to come.

Apart, the star was banned from the Twitch and as of 2019, he apologized over the Twitch ban incident.

I'd like to talk about Dr Disrespect's Twitch ban from E3.

When the fan followers repeatedly ask him the same question about his unborn child, he apologized for his fans to provide them the sad news.

The rising social media personality, Guy Beahm became quite rich from his career. As of now, Guy Beahm's estimated net worth is $3.5 million.

On a whole other level

Reportedly, he earns $687-$11K per month and bags in between $8.2K and $132K  from his YouTube channel. Moreover, he adds to his net worth from other sites that promote his content.

Guy Beahm stepped into the business with his unique character, Dr. Disrespect while starting his voyage with Halo 2 on Xbox. Guy came to limelight with his backup vocal that he added to proximity voice chat. He became genuine to his audience.

Likewise, he gathered a large number of fan followings to his side in a short span of time. As of now, Guy built a following of more than 2 million on Twitch.

Guy Beahm known by the alias name Dr. Disrespect was born on March 10, 1982, in the United States. He is currently 37 years of age. The internet sensations hold an American nationality but belong to caucasian ethnicity.

The American Internet Personality Guy Beahm stands at a height of 6 feet 8 inches. He graduated from the California State Polytechnic University, Pomona. 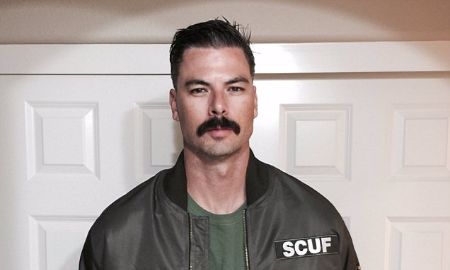