Is American Singer Jewel Married Again After Her Divorce With Ex-Husband Ty Murray? 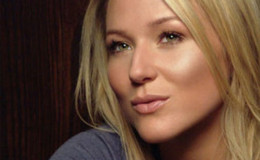 Jewel Kilcher, simply known as Jewel, is an American singer-songwriter, musician, producer, actress, author, and a poet. She is an eminent personality being nominated for four Grammys along with several Billboards and MTV awards.

Jewel Kilcher also caroled her voice in front of a pope to even a president. Along with such grand accounts of anecdotes, Kilcher also has a lot to say from her backstage life especially if it's about the singer's tales of romantic affairs.

So, today, let's know in detail how many of these she has had in over her music career. Also know if Kilcher is currently married, single or instead is just being fed off up with all those dating games?

Jewel Kilcher's Current Affairs: Who Is Her Boyfriend?

Alaskan native singer Jewel Kilcher has had a long array of high profiled relationships. Her love affairs include the names from Hollywood, Sports to even Ranch tycoons (more on this below).

But as for now, the 44-year-old is famously dating American football quarterback, Charlie Whitehurst who is prominent in having been played for giants like Seattle Seahawks, Tennessee Titans, Indianapolis Colts, and Cleveland Browns. However it wasn't until recently, Jewel started being open about her relationship details with Whitehurst. 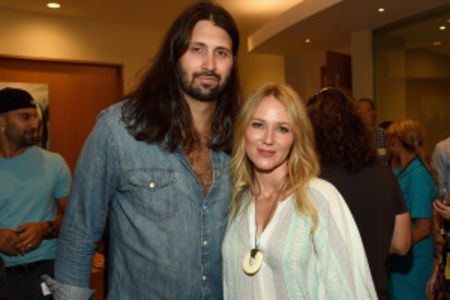 “We’ve been together almost a year,” the singer-songwriter then said about her football player boyfriend Charli in the 2016's issue of PEOPLE.

And while at the time they had been dating for a considerable stretch, the Never Broken Author added that they had initially made a point of keeping it under wraps from the very beginning phase of their relationship.

“I was very slow about going public,” added Kilcher. “We’re not people to go out on ‘the scene.'”

Indeed, Kilcher and the Indianapolis Colts star kept their romance private for a while before casually making it Instagram official in January 2016, when Jewel boasted a shot of herself with Whitehurst and Terminator star Robert Patrick at the Leonard Cohen Experience.

@cwhitey6 and I had fun today racing Porches around the #PorscheExperienceCenter in Atlanta... Been here hanging for a few days ...

After making her love life public very much public, Kilcher sprinkled a bundle of imagery featuring her getaways with her athlete boyfriend: once while racing Porsches in Atlanta, then again on a tropical getaway to the British Virgin Islands.

Had the best day today. @Cwhitey6 And I went to Necker Island for a short visit and lunch - hung with the Lemur (pics to follow) then hung at the very top of the big house ... Views of the entire BVI for days... So lovely....

Dating Whitehurst is also the first time Jewel took a relationship public since she and her former husband, Ty Murray announced their split in 2014.

Jewel Kilcher's Past Relationships and Affairs 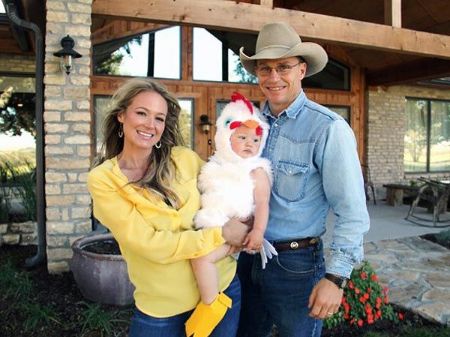 They were also reported to have had dated for 10 years before finally walking down the aisle on 7th of August in 2008. Back then, when people used to see Jewel in the extreme of happiness with Murray, everybody thought that Ty was a perfect soul for the singer. When asked about the wedding, Kilcher gushed,

“I dreamt about this day since I was a little girl on a ranch in Alaska. It was relaxed and romantic. I wore a traditional wedding gown and diamonds, and he wore jeans and a button-down shirt. Ty’s definitely my perfect prince.”

Fast forward to two years and Jewel got pregnant with Murray's child and then eventually gave birth to a son, Kase Townes Murray on 1st July 2011. In between her expecting period and due date, she also confirmed about her pregnancy news again to the PEOPLE saying,

“I took a pregnancy test and it was positive! It was so hard to keep it a secret. I was worried I’d start throwing up on set and everyone would be like, ‘Oh, she’s pregnant.”

For three years after her firstborn, everything was going seemingly good for Kilcher, Murray, and Townes. However, out of three, it was two (Jewel and her Husband) who hit an unfortunate toll in their marital journey. And as feared, they divorced each other in 2014 after 16 years of being in a budding relationship.

The 44-year-old singer made the divorce announcement on her blog by saying,

“My husband, friend, and partner of 16 years and I have decided to get a divorce. Ty and I have always tried to live the most authentic life possible, and we wanted our separation as husband and wife to be nothing less loving than the way we came together.”

“For some time we have been engaged in a private and difficult, but thoughtful and tender undoing of ourselves. Allowing ourselves the time and space to redefine what we are to each other with love rather than malice.”

Despite that, Jewel and her ex-husband, Ty Murray kept on maintaining an amicable relationship and are also happily co-parenting their son. In the blog, Kilcher had also shared a joint statement from herself and her ex-husband updating on her post-divorce statuses.

Even in the ’90s, Jewel Kilcher also had dated some big A-listers. One among such names is that of a two-time Academy winner, Sean Penn. In fact, it was Penn who directed the first version of Jewel’s music video You Were Meant For Me. 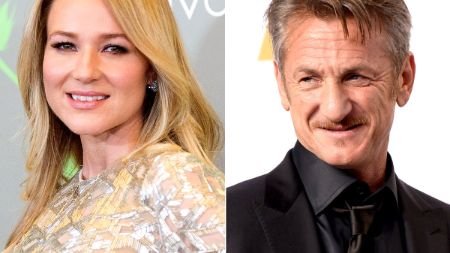 At the time, the couple kept their distance in front of the public and never affirmed their relationship. Hence, their dating rumor was always secret at first. And it was only in 2015, Kilcher had ever talked about her relationship with Penn in September. As the singer divulged,

“I was determined not to be ‘discovered’ because I was dating someone in the public eye. I enjoyed Sean and would eventually fall in love, but I did not go around holding hands or trying to be seen or noticed.”

According to Kilcher, she initially kept her dating affair with Sean Penn a secret because at the time she wanted to be famous for her music, but not because of her relationship with some Hollywood actor. Good for that notion, since Sean didn't last long with Kilcher and instead went on to marry another Hollywoodian Robin Wright in 1996.

Kilcher then began dating a musician, Steve Poltz in 1994. He was also a helping hand in co-writing one of Kilcher's greatest hit, You Were Meant For Me. But the couple didn't do long and eventually ended up splitting in 1996 after two years of dating.

Soon after that, in 1997 the singer then dated a Californian politician, Gavin Newsom. Yet this time, too it didn't work for Kilcher and much like her previous relationship, she eventually parted with Newsom in the year 1998. 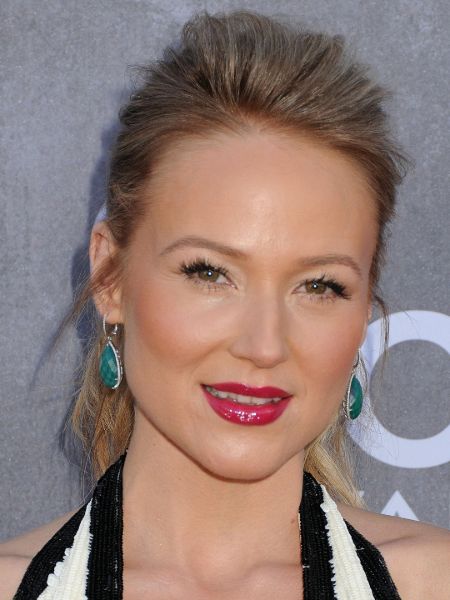