Home Article Kate Fagan, a sports reporter and commentator is Dating Someone, See her Affairs, Girlfriend, and Career here

Kate Fagan, a sports reporter and commentator is Dating Someone, See her Affairs, Girlfriend, and Career here 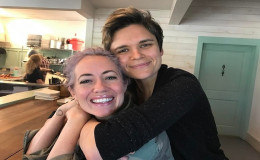 An American sports reporter plus commentator named, Kate Fagan is dating his girlfriend, Kathryn Budig but has not married yet.

An American sports reporter and a commentator for ESPN, Kate Fagan is an officially announced lesbian who shared her story from the book named, ''The Reappearing Act''.

Kate is lucky when it comes to her professional life and is equally blessed in her personal life as well. As she is happy in her relationship, she is dating a yoga instructor named, Kathryn Budig. To know more about Kate, her relationship, affairs, and career stay with us!!!

Kate Fagan; in a healthy relationship with girlfriend Kathryn Budig

Kate Fagan is in a relationship with the yoga instructor named, Kathryn since several months. Both of them has also done a show together named, ESPN's podcast, Free Cookies where they talked about their sexuality.

Kathryn was a married woman who tied the knot with Bob Crossman. Later on, the couple divorced and she came out as a lesbian.

We didn't get to attend Pride this year, but it doesn't keep us from having it everyday. Pride, love, equality. For all. Every single last one of us.

As per their Instagram posts, the couple celebrates most of the occasions together and are in deep love. One of the posts also shows that Kate is preparing for the Parenthood which might symbolize that they might be expecting a baby soon which is not disclosed yet or it might be only a random post as well.

Busy practicing parenthood with @shawnah41 & this little one -- aka the American Beauties.

Kate's career as a sports reporter

Kate began her professional career since 2006 as a sports editor in the Ellensburg Daily Record. Working there for several months she shifted to the Glens Falls Post-Star as a sports writer.

Moreover, in 2008, she joined Philadephia Inquiries and worked there till 2010. Kate again shifted to ESPN and gave regular appearance in an American sports discussion shows including First Take and Around the Horn. Later on, she hosted many other shows as well.

Later on, she hosted many other shows as well.

Apart from the sports career, she was also involved in writing as well as she published a book in 2014 named, The Reappearing Act: Coming Out as Gay on a College Basketball Team Led by Born-Again Christian.

With such amazing works, she might have earned a good net worth which is estimated to be of $ 1.4 million to $2 million. With such net worth, she is living her lifestyle in a lavish way.

New episode of @espnw's Free Cookies! (??LINK IN BIO. ??) ???????? Please, please write a review, rate, and subscribe! ???????? In this episode, @iamemilynolan, a former Division I softball player, pulls back the curtain on the world of plus-size modeling and eating disorders. ???????? #freecookies #freecookiespodcast #emilynolan #espnw #cookiemonsters 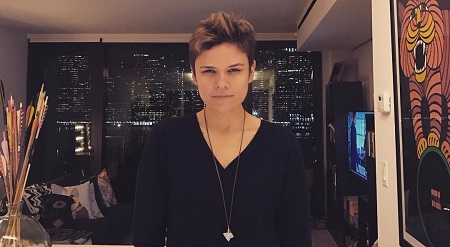