Home Article Is Peter Weber Dating Anyone After Hannah Brown Dumped Him From The Bachelorette?

Is Peter Weber Dating Anyone After Hannah Brown Dumped Him From The Bachelorette? 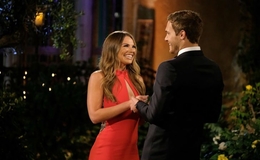 It's been a while since the current and the 24th season of The Bachelor kicked off with having Peter Weber as the lead of the reality show. As Mr. Weber embarks on a journey to find his true soulmate among the thirties contestants, rumor has it that Peter dated Hannah Brown somewhere before joining the show. Say what?

Of course, Peter Weber was the one dumped by The Bachelorette's season 15th star, Hannah Brown who had one of the most dramatic seasons in the history of The Bachelor nation. But, what's the fuss with all the dating rumor of Peter and Hannah whilst he is on his own Bachelor's journey?

Of course, when Weber was first introduced as one of the contestants trying to win the heart of the Alabama beauty pageant queen, the two immediately hit it off soon. Their onscreen affair watched by the viewers was undeniably adorable. But, of course, halfway through the show, Brown felt like he wasn't the one and even eliminated him.

Fast forward recently, a ton of dating speculation of the two hit the tabloid, especially after Peter reportedly admitted that he is still yet to fully recover from the heartbreak and rejection from Brown. As a matter of fact, he still has lingering feelings for Weber.

On the contrary, Hannah who recently won Dancing with the Stars with partner Alan Bersten later regretted picking the fellow contestant Jed Wyatt who betrayed the reality tv star after it was discovered he has a girlfriend back at home. 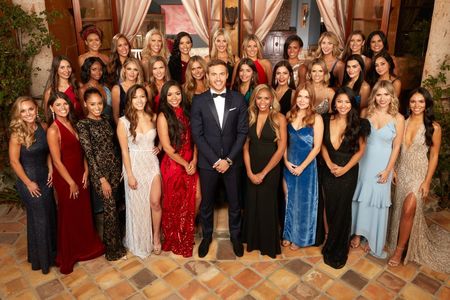 Peter Weber is the lead of the 24th season of The Bachelor. SOURCE: NY Post

To get straight to the point, the truth, however, isn't what anyone else is thinking. Well, yes, Peter and Hannah are not dating nor together. It was Hannah, herself, who confirmed the news herself. When asked if she was dating anyone, she earnestly said 'No', with further denying the rumor on her pregnancy too.

Does Peter Like Anyone Yet On The Bachelor Yet?

Since the girls entered the mansion, a lot of drama was eventually meant to be followed too. And, so far, as shown on the television, the handsome pilot has shared chemistry with lots of women inclusively with Hannah Ann Sluss, Kelsey Weier, Victoria Fuller, and Madison Prewett.

But, so much is yet to be unfolded. On the other side, rumors also state that Peter who dated ex-girlfriend, Calee Lutes for five months might end up having a dramatic finale, in similar to Browns. So, the question is, will Peter even find the girl of his dream and get engaged by the end of the show?

On top of it all, it is also estimated that Brown might end up making her appearance on the show, which is truly unbelievable. But, what if? So, in the meantime, all we can do is wait and watch to find out.