Home Article Is The American Comedian Adam Conover Dating A Girlfriend Or He Is Secretly Married; His Rumor Relationship And Dating History

Is The American Comedian Adam Conover Dating A Girlfriend Or He Is Secretly Married; His Rumor Relationship And Dating History 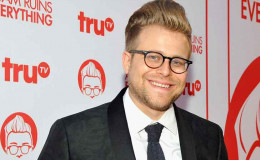 The well-known stand-up comedian who landed his own TV series Adam Ruins Everything, Adam Conover has pulled over millions of viewers for his tailor-made videos.

Holding on to a successful professional career, does the artist has some success in his love life? Is he dating someone or is already married? His fans are eager to know about the comedian's love life. Check out the article below to know about his relationships.

Love Life Of Comedian Adam Conover: Is He Dating Someone?

Comedian Adam might be setting his hopes up for a beautiful marriage with his girlfriend!

If you have followed Conover on his social media, you probably have seen a beautiful lady on his timeline. The 35-year-old comedian is dating his dating his girlfriend, Lisa Hanawalt. Not many details about their relationship have been out to the public but the couple started in 2009. 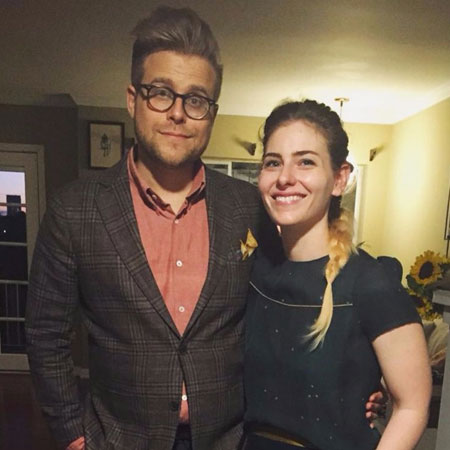 Adam uploaded a photo on his Instagram on 16th of April mentioning that they have been together for 9 years.

9 joyful years with my love of this life, @lisadraws. Re-upping for more ASAP, this is too good to pass up!!

He captioned the picture with,

"9 joyful years with my love of this life, @lisadraws. Re-upping for more ASAP, this is too good to pass up!!"

Hanawalt is a comic artist and a designer at BoJack Horseman production where Conover also voices multiple BoJack Horseman characters. The couple is often seen outing together. 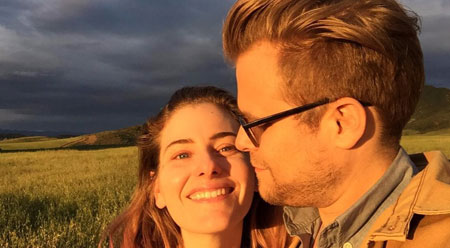 Adam and Lisa have been together for more than 9 years
Source: ECelebrityFacts

Both are active on their social media and often shares lovely pictures with each other. Conover brought her partner at several Awards program and events.

Recommended: Comedian Kellita Smith is still Single or Married. Know about her Affairs and Relationship History

Is there any probable chance the comedian will turn his long-time love into his wife?

The couple has not shared much on the matter of sharing the vows but will certainly flash the big news when the time comes.

You May Like: Comedian Dave Chappelle is Happily Married to Elaine Chappelle. See the Beautiful Relationship of the Couple

Looking at their immense love of more than 9 years, the couple will probably share the big news about their marriage pretty soon. The humorist is living a blissful life with his long-time girlfriend in Los Angeles.

Conover debuted his career as a sketch comedy writer for the website CollegeHumor and their Youtube channel.

He eventually created the web series, Adam Ruins Everything on TruTV which aims in revealing hidden and untold facts about goods in our daily life and services. The first episode of the series premiered on 29th September 2015.

He talks about his comedic interpretation is for the people who have so much going on with their lives which Conover has already faced,

"It’s the reaction I’ve gotten my whole life: that I learn something and try to tell people in conversation, but when I tell them, they are annoyed."

Despite his work on Youtube channel, he has also voiced several characters in the animated BoJack Horseman Netflix-series and several others. 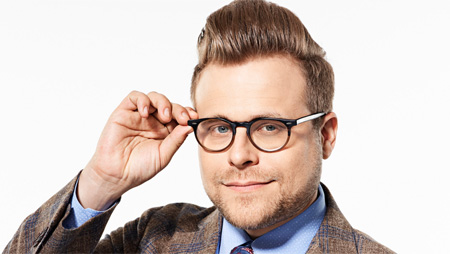