Home Article Is The Rapper Tyler The Creator Dating A Girlfriend? Know About His Affairs And Dating Rumors

Is The Rapper Tyler The Creator Dating A Girlfriend? Know About His Affairs And Dating Rumors 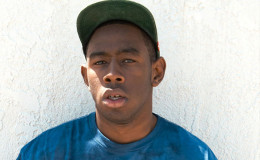 Rapper Tyler the creator is supposedly gay. Jaden Smith opened about their alleged relationship. He was also rumored to have dated Iggy Azalea and Kendall Jenner.

The world is of equality and everyone has a freedom of choice, be it their sexuality or to date and be in a relationship with the person of their choice. But the struggles for anyone exploring their sexuality is great. Especially for a celebrity, the fear of social rejection could be a scary issue.

Rapper Tyler, The Creator is a well-known name in the rap world and the struggles of one's sexual preference seem to have grasped him. Though in 2018, Jaden Smith revealed Tyler as his boyfriend, question comes, is it really true?

Tyler Gregory Okonma also known as Tyler the creator, is private about his affairs and his current relationship status. But he recently came in the news about his sexual orientation. There are rumors that he is gay and romantically involved with Jaden Smith, son of Will Smith.

Earlier this month, Jaden took the stage at Camp Flog Gnaw Carnival. During his performance, he professed his love to the carnival's famous founder, Tyler, the Creator. Tyler was seen wagging his finger in the air as if to say no. And shook his head before laughing.

Tyler the creator with Jaden Smith

Tyler, the Creator's reactions led people to believe the statement was a joke. Many caught the video of the incident and it got viral all over the social media platforms including Twitter.

Jaden Smith says that Tyler, The Creator is his boyfriend: pic.twitter.com/tJb8kp08WU

Tyler denied the claims but during an Apple Music Beats 1 Radio show released on Friday, while Smith was promoting his mixtape, he brought Tyler up again in the show. He stated, it was never a lie and everything he said was true.

Tyler, the Creator has yet to respond although people say he already came out of the closet about being gay. His songs had lyrics hinting that he was gay and sometime in April 2015 he tweeted that he was gay.

Rapper Tyler The Creator Past Relationship And Rumors

Tyler's relationship with women isn't as famous as his music and he prefers the secrecy. Rumor has it that the rapper dated the renowned Australian rapper Iggy Azalea in 2014.

The pair but parted ways after a public feud. He started the fight by calling out Iggy on May 15 for her supposed "fake booty" on the television show 106 and park. In response, she said Tyler was "beyond immature" and further added she always believed Tyler had more to offer to the world.

In 2016, new came that the rapper was dating the reality TV star and model Kendall Jenner. The rumors were later shut down by the celebrities and ever since then, there has been no rumor about him with a woman or man, for the matter.