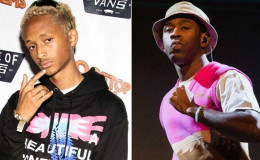 Jaden Smith is an American rapper who is the son of Will Smith recently announced Tyler, The Creator is his Boyfriend which proves he is Gay; Know about their Relationship status; Also, see..

Jaden Smith, During A Promotional Concert, Announced Tyler, The Creator Is His Boyfriend.

Jaden Smith, son of Will Smith and Jada Pinkett Smith, finally comes out as gay but in a weird way. During his recent promotion concert last Sunday at Camp Flog Gnaw for his latest album The Sunset Tapes: A Cool Tape, he said it out loud, "Tyler the creator is my Mother Fu***king Boyfriend."

Yes, guys, he said it and his fans were literally stunned for a while before applauding him for coming out in such a bold manner. 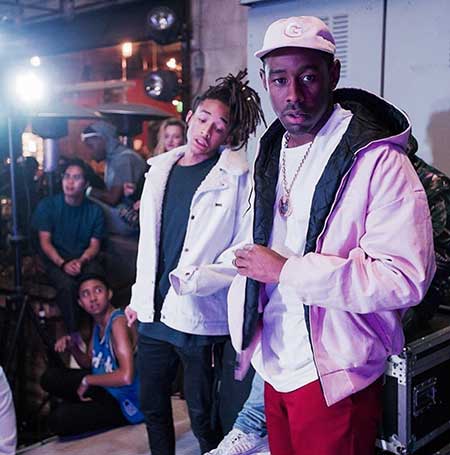 Jaden Smith with his boyfriend Tyler the creator

Even though, Tyler the Creator waved his hands denying Jaden's claims. But later on, during an interview with Beats 1 Radio last Friday, he again confirmed his relationship with him.

A tweet user by the named Odd Future also shared a video from the concert.

Jaden Smith says that Tyler, The Creator is his boyfriend: pic.twitter.com/tJb8kp08WU

In the video, he is seen shouting on top of his lungs,

“I just wanna say Tyler, The Creator is the best friend in the world. And I love him so fucking much, and I wanna tell you guys something, I wanna tell you, Tyler doesn’t wanna say, but Tyler is my mother fucking boyfriend.’

Tyler came out back in 2017 during the release of his album 'Flower Boy.' The American rapper had faced wide criticism when he used homophobic slurs during his time in rapper Odd Future.

Earlier this week, Jaden even tweeted about his relationship with Tyler. Later on, the tweet was deleted by the 20-year-old rapper but Tyler did reply to him and said,

Jaden's been quite outspoken about his sexual orientation for the last couple of weeks and many reports were already proclaiming him as a gay man.

Well, in the end, he himself put on the crown and revealed it in such a manner that the whole world can see.