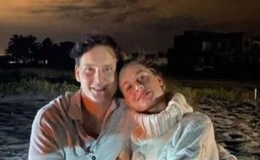 American actor and film star Peter Facinelli is mostly known for his work on the Fox Series Fastlane and on the showtime comedy-drama series Nursie Jack. Let's know more about him and his relationship status in detail.

Along with Peter Facinelli moving on in his successful career, Facinelli manages his lovely relationship with his long-term girlfriend, Lily Anne Harrison. How's the relationship going on?

Peter Facinelli isn't married but found love with Lily Anne Harrison following his divorce from an ex-spouse, Jennie Garth. Not to miss, Peter is already a father of three adorable daughters shared with his estranged wife, the Beverly Hills. Their children are Luca, 25, Lola, 19, and Fiona, 15.

Lilly Anne Harrison and Peter Facinelli got engaged at the end of 2019. SOURCE: Instagram(@lilyanneharrison)

In Janaury 2020, the news outlet confirmed Peter and Lily's engagement. It was one month after Peter popped the big question. To add up, Lily and the Nurse Jackie alum, who was engaged in 2019, always wanted to have a little 50/50 of them.

To be precise, the S.W.A.T. superstar got down on one knee and proposed to his future wife during their romantic getaway to Mexico over the holidays. At the time, the couple celebrated the year's fresh start with a photo from Estrella del Mar Beach and Golf Resort gateway. 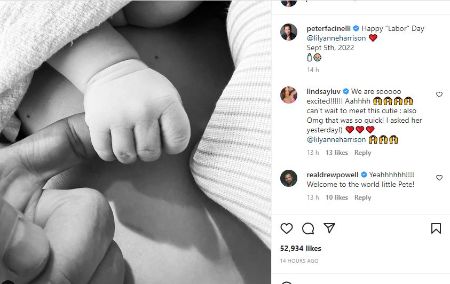 However, the pandemic played a significant role in not fixing a wedding date despite their engagement three years ago. The Breaking and Exiting director revealed there was no rush because the two opted for a wedding to be in the world without masks.

Looking at the past relationship timeline of Peter, the Twilight famed star once relished a beautiful romance with Jennie Garth. The former couple was married from 2001 to 2013 before calling it quits. 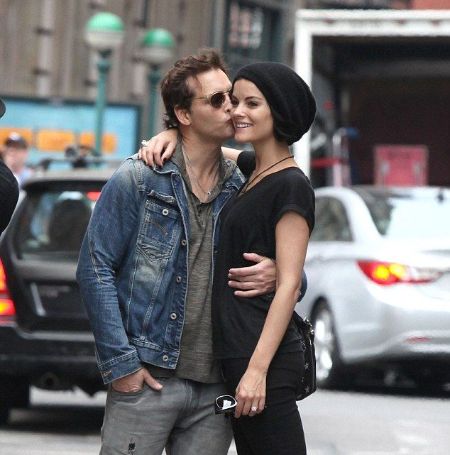 And in the meantime, Peter moved on with Louise's co-star Jaimie Alexander, to whom he was engaged for almost a year before separating in 2016. Reportedly, the news came back because of the work commitment and conflicting families on opposite coasts.

And after much consideration, Peter and Jaimie broke up. However, the former flames have chosen to remain, good friends as they part ways amicably. Fans had started to speculate if the two were involved in any relationship while they were off in the relationship for some years.

Peter Facinelli, who portrayed Carlisle Cullen in Twilight and Lily Anne Harrison, has welcomed their child. Peter, 48, announced this on September 5 by sharing a lovely black and white picture of the newborn's hand wrapped around his finger, as per U.S. Weekly. 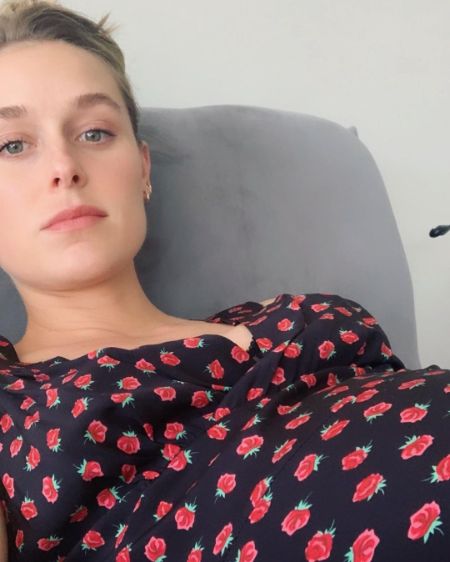 The Vanished alum and Peter welcomed a baby but didn't reveal the name or sex of the infant. "Happy Labor Day @lilyanneharrison. September 5, 2022, " wrote in the caption along with the picture of the little one.

The new mother, aged 33, also posted a snap in her I.G. stories. On July 17, the actor told the publication during the Cali Cares charity fundraising dinner in Beverly Hills, Calif," It's been a minute since I had a kid, but it's fun to do it all over again."

Further, Lily first announced the news of her pregnancy on June 25 via an Instagram post flaunting her baby bump with a caption," Not a burrito belly." For the next few months, she kept providing glimpses into her journey to motherhood on social media sites.

Check out the video of Peter Facinelli on High Enough.

Previously, on September 1, the lady stated," And the countdown begins." Also, Lily talked about her road to pregnancy at the Cali Cares event for the welfare of No Kid Hungry on behalf of Caliwater.

"It's been super smooth and easy. It was a pleasant surprise because it's different for everybody. So I didn't know what was going to happen, you never know going in, "Lily spoke at the time.

Apart from that, the duo kept their romance low-key. At the same time, Lily has formed a special bonding with her fiance's children as the team regularly shares photos of the family time on their respective social media pages.

Keep coming back to Married Wiki for more biographies & news of celebs.