Actor And Writer Wil Willis Is Happily Married!! Details Of His Professional And Personal Life 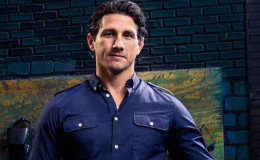 After dedicating oneself for the sake of country as the Army's 3rd Ranger Battalion and the Air Force Pararescueman, Wil Willis has shown another side of his talent as a TV host. He's now been a host on the History Channel's show 'Forged in Fire'.

Showing talent in a totally different sector, he has truly won the heart of many people. There's no doubt that his fans are eager to know more about him and his family life. Is he married? Or dating a girlfriend? We have all the details here.

Wil Willis' Relationship With Krystle Amina; Are They Married?

If you people are great fans of the American competition series Forged in Fire then you are aware of the host of the show Wil Willis.

As many other TV personalities do, Willis hasn't been open about his personal stuff in media but if you follow him on Instagram, you would definitely get to know his personal life to some extent.

He is married to wife Krystle Amina. 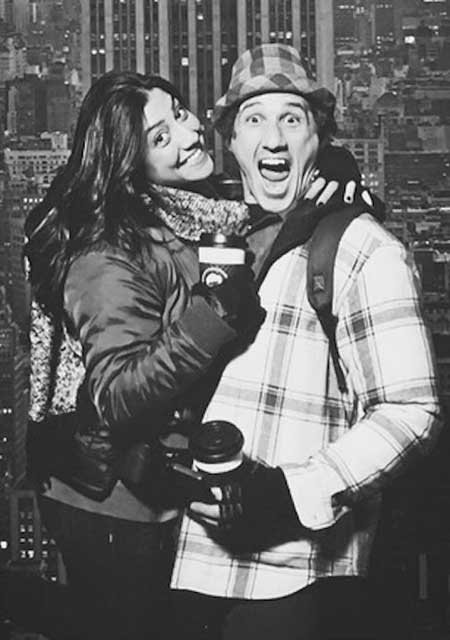 Amina is an illustrator and artist who uses charcoal, pastel, and watercolor to make a beautiful canvas. Also, she worked in decorating the interior of The Marijuana Factory dispensary in California.

You May Like: Renowned English Quiz Player Kevin Ashman Is Happy Being Single: Not Married to Anyone

After dating for some time, the adorable duo got engaged on Valentine's Day in 2017 and made the thing Instagram official in the month of March.

He gave her a skull ring studded with black diamonds designed by Versani Jewelers in NYC.

Discover: Fiona Bruce: A caring Wife to her Husband Nigel Sharrocks and a loving Mother to her two Children: Also see her Career

Furthermore, Amina also posted an image with her fiance.

The couple chose to exchange vows in a private ceremony in the presence of close friends and family at The 1909 in Topanga, California. They kept their marriage a secret, still, managed to share an image of miniature dolls about to kiss each other on 10th October 2017.

It’s official @krystleamina . Get ready. That is all.

Yes! it's actually been a year since the adorable pair started their life as lawful husband and wife.

Willis and his wife Amina are living a blissful life together. They just celebrated one year marriage anniversary in October 2018.

You know why I’m a lil late with the post but Happy 1st Anniversary @_kilowhiskey_ What a wild ass ride its been so far!! Ride & Die Baby!

As the two are enjoying their conjugal life, we are looking forward to seeing them the same in every step forward.

Krystle Amina playing with her child.

While the lovely pair hasn't shared details about their family life and romance, Willis, however, managed to share few details about his personal details in January 2019.

Looking at Instagram post uploaded on 26th January 2019, it seems that the couple is already parents of a child.

As Willis was born in a military family, he was enlisted in the Army after completing graduation from high school in 1993.

He served as the Army's 3rd Ranger Battalion on active duty from 1993 until February 1998. Later, he became Air Force Pararescueman from June 1998 until 2007.

He dedicated a year in reserve duty with the Air Force until August 2008. Though he was fully devoted to the Army, his interest in television made him the host of a show entitled 'Special Ops Mission' in Military Channel.

Meanwhile, he also worked as a host on 'Triggers: Weapons that Changed the World' on the American Heroes channel.

Everyone could clearly see that his passion for television actually turned out to be his profession. At present, he is the host of an American competition series 'Forged in Fire' with some other members including J. Neilson, David Baker, Doug Marcaida, Tim Healy, and Steve Ascher.

Four blacksmiths compete in a three-round elimination contest in each episode with the winner receiving $10,000 in the finale. 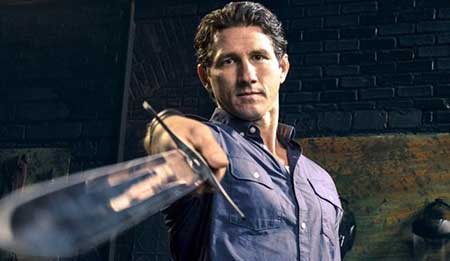