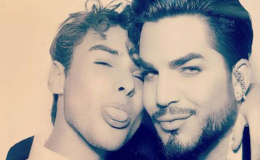 Less popular in the media, Spanish model Javi Costa Polo is a popular figure now after being openly gay and dating his star singer boyfriend Adam Lambert. They are having a great romantic life that glows to their audience through social media.

Having few and unpopular dates in the past, Javi Costa Polo is dating his boyfriend Adam Lambert since the beginning of 2019 as per speculations. Opening about his gay status only after finding Lambert, Polo is exploring his life with the company of famous American Idol 2009 runner-up. What are his relationships and sexual identity details? Let's find out in our article below.

Spanish model Javi Costa Polo is currently in a relationship with his American singer, songwriter, and actor Adam Lambert. Lambert finished as a runner-up in the eighth season of American Idol on 2009, which kicked start his career soon after releasing an album "For Your Entertainment" becoming a massive hit. 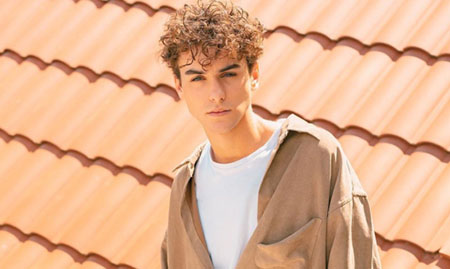 Polo's boyfriend is now a big celebrity who has given hits after hits and also got the opportunity to be the lead singer of the band Queen from 2014 to 2018. The couple was invited to the Oscars 2018, where Lambert had one of his best moments to open the event with a Queen performance.

You may also like: Rob Dyrdek married Model Bryiana Noelle Flores in 2015 and welcomed their first child in 2016. Is it boy or a girl.

Spanish model and International Customer Service representative, Polo came to limelight only after being linked to Lambert. They share a sweet relationship posting about their love life on social media. He along with his boyfriend is quite active on Instagram giving their followers the tease with their pictures.

"But if I had you, that would be the only thing I'd ever need" @adamlambert

The post with a caption clearly showers the love that he holds for his boyfriend. Likewise, his followers must be delighted to see this picture.

Javi Costa Polo has not always been open about his gay status. However, after being in a relationship with Adam Lambert he doesn't hesitate to share his identity to the media.

Don't Miss: “The best thing to hold onto in life is each other”, here is the list of Hollywood's most favorite gay couples

His followers speculated him to be a gay model earlier but it might not be true if we scroll back his history. In the past, he had made out with girls and was openly sharing about it in social media. Actually, Polo was dating a girl before finally meeting Lambert and dating him.

He posted a picture with a girl on Instagram with a caption saying,

"Congratulations to the only person who has been able to put up with me for 21 years in a row, you are the love of my life Hetero Hahahaha I hope to keep shitting together until I'm 100 I love you and I love you." See the actual post below

So the question arises, Is he bisexual? Is he dating Lambert just for fame and money? Is he really trying to figure out his sexuality? We don't want to question him as he is currently happily in a relationship with Lambert. They are spending quality time together and let's hope it stays that way. 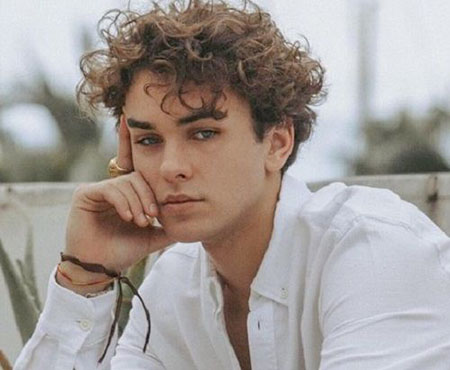