Home Article Who is American Singer and Songwriter Adam Lambert’s Boyfriend? Know Details About His Current Relationship and Past Affairs.

Who is American Singer and Songwriter Adam Lambert’s Boyfriend? Know Details About His Current Relationship and Past Affairs. 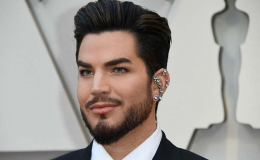 Famously Gay American singer, songwriter, and actor, Adam Lambert who has been a lead singer for the band Queen, currently has a sweet and happy love life with his boyfriend. After the unsuccessful romantic life in the past and making out with some girls, he's openly exploring his sexuality and prefers calling himself 'bi-curious'.

Boldness and experimentation are familiar words for Lambert. With the good looks and such caliber, Adam Lambert is one of the famous and charming gay celebrity with a loving boyfriend. Wanna know about his boyfriend? Let's get every detail about the star and his affairs.

Adam Lambert Current Relationship: Does He Have A Boyfriend?

Speaking of the relationship, Adam Lambert is currently dating model boyfriend Javi Costa Polo as confirmed by himself in the media. He hasn't specifically mentioned when the affair actually started but hinted on March that it has been official for months. 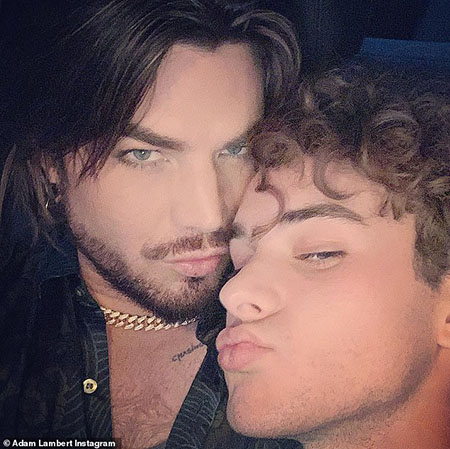 Lambert is always blushing while talking about his boyfriend. He doesn't stop talking about him and posting adorable images of the duo on social media. He posted a photo with his boyfriend on Instagram with the caption "Luv U". For which, Polo commented," I Love You." His fans showed delight in the comment section for making their relationship public. He even had some fun chat with a fan in the comment section clarifying their relationship was official for months.

Although Lambert hasn't confirmed when they began dating, he's serious about their relationship. They attended Oscars 2019, where he opened the award show with Queen.

What About Adam Lambert's Past Affairs? Revealed His Sexuality in 2009

Adam Lamber was in a relationship with the winner of Finland's Big Brother, Finnish entertainment reporter, and reality TV personality Sauli Koskinen from 2010 to 2013. They have had a decent relationship for years until they finally ended up in April 2013. 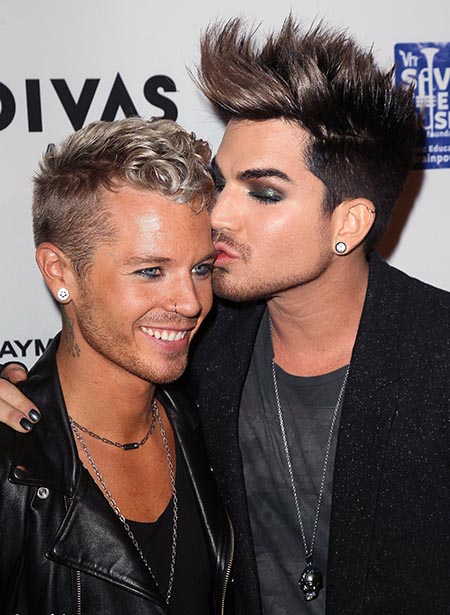 Adam Lambert and Sauli Koskinen together.

You may also like: Allen Bonet is a singer and father of actress Lisa Bonet

Lambert and Koskinen have a confused and strange history. Lambert was arrested and jailed on assault charges after a heated argument with Koskinen outside of a Helsinki gay bar. However, at that time Koskinen stated that it was just for publicity and even celebrities make mistakes.

He revealed his sexuality during an exclusive TV interview for "20/20". He said,

"I am gay, and I'm very comfortable with it."

Speculations about his sexual preference swirled earlier throughout his journey in the American Idol but he took some time for himself and revealed that he's gay.

"'Come out' is so funny to me because I've never been in. I've always been out. I just chose to avoid it. I didn't ... I don't feel closeted. Everybody that I worked with knew about my personal life."

He first revealed that he was gay in a cover story in Rolling Stone magazine weeks after American Idol finale.

When u invite me to a RED late 18th Century France costume party.... this is what you get.

He prefers himself to explain himself as 'bi-curious' rather than gay. He explained,

"I've been kind of toying around with the bi thing in my head. I wouldn't ever give myself the label 'bisexual,' but bi-curious? Yeah"

"I've been known to make out with girls from time to time. Couple drinks involved, you know. It's fun. And who knows? Maybe it'll go further someday. I don't know."

Keeping his past aside, Lambert is happy with his man. The pair has been so serious about their relationship and we wish them all the very best for a beautiful life in the following days. 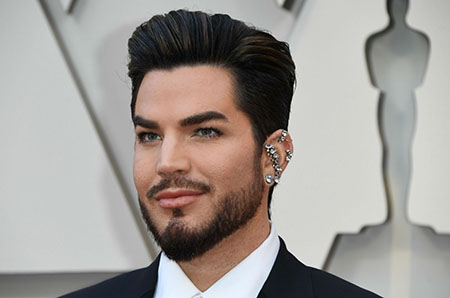 Adam Lambert At The Oscars