Jessica Kirson is married to wife Danielle Sweeney - Do they share Children? 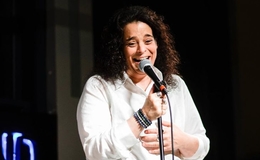 Jessica Kirson is an American actress, talented standup performer, and writer. At the moment, Jessica and her wife Danielle Sweeney are embracing parenthood with four lovely daughters. Here's everything you need to know about Jesicca Kirson's ever-growing family, conjugal life with her wife, and children.

Jessica Kirson is openly a lesbian woman. With the fact that Jessica is a lesbian, she never hides her identity from the public. To everyone wondering about the relationship status of Kirson, the lady is a blissfully married woman. Kirson enjoys her marital bliss with her girlfriend turned wife, Danielle Sweeney. 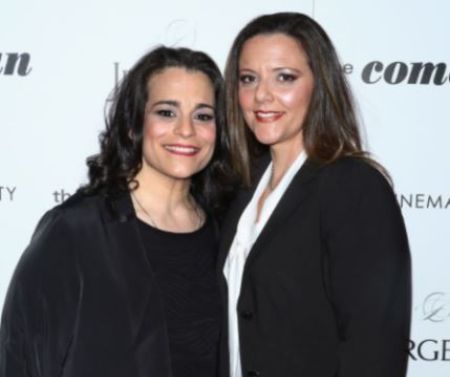 Well, Kirson and her spouse, Sweeny, walked down the aisle in September 2014. Kirson and Sweeney have been living their happily ever for more than seven years. Further, the stand-up comedian with soulmate Danielle Sweeny shares four adorable daughters.

In November 2020, Kirson shared a hilarious video of her and Zoe singing & enjoying the mother-daughter connection. In the post, Jessy wrote, "Singing with Zoe. We are Twins!!!" while her daughter responded to the post saying, "LOVE YOU, MAMa." 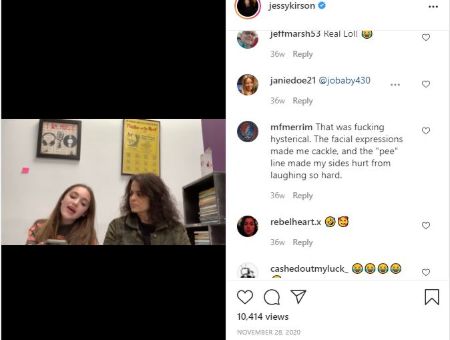 Jessy Kirson having a fun time with her daughter Zoe. SOURCE: Instagram(jessykirson)

Jessy also posted a cute Oreo eating challenge on May 20, 2020, with her other daughter, Bella. Bella had to patiently wait to have the Oreo cookies until her mommy comes back to her. The lesbian couple's first child, Zoe, was born in 2007, while the second eldest child, Bella, diagnosed with heart disease, was born in 2016. But, their youngest children- twin's details are not revealed yet.

Check out the video of Jessica Kirson on a stand-up comedy below.

When it comes to the media spotlight, a celebrity's better half does not like to be the center of attention. That's the reason why Sweeney hardly makes any joint public appearance with Kirson and never appeared in her wife's social media endeavors.

Jessica Kirson had at least two failed love affairs in her past dating history. The Instagram posts that she shared with her mate, Rachel Feinstein, made the people believe that there was something between the two women beyond friendship. 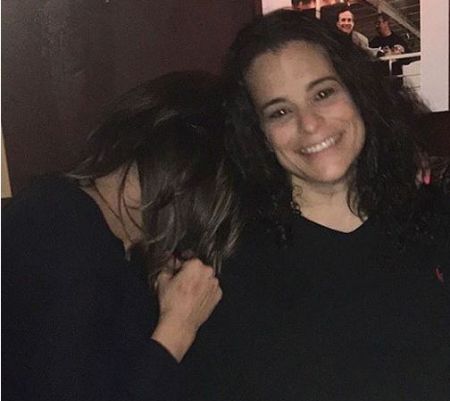 Nonetheless, Jessica also dated a lady named Susan Powter for few years. However, their relationship didn't work for some unknown reasons, which resulted in a heartbreaking split. Both parties have moved on with life, and Kirson does not publicly discuss her separation from Rachel.

More about Jessica Kirson - Net Worth

Coming to the networth of Jessica Kirson, it is estimated to be $1 million. Most of her wealth is amassed from her career as an actor & stand-up comedian. Thanks to the versatile & passionate acting in Nick Cannon's directed & written movie 'School Dance' & for Robert DeNiro's movie 'The Comedian', Jessica won many fans. Kirson's notable television series appearances include Last Comic Standing and The Jim Gaffigan Show.

Watch the video of Jessica Kirson's Stand Up comedy for the Jimmy Fallon Show below.

Stay connected with Married Wiki for more news and articles.