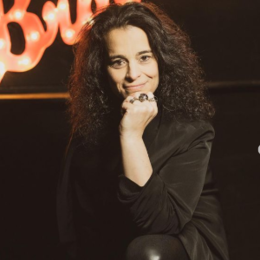 Jessica Kirson is an aspiring American actress and standup comedian who won 'Best Female Comic' from the MAC association and the Nightlife Award for Best Stand-Up Comedian in New York City.

Is Jessica Kirson a Lesbian?

Jessica Kirson is openly a lesbian. The starlet has been open about her gender and sexuality from the very beginning with the public. At present, Kirson is happily enjoying her marital life with her wife, Danielle Sweeney. 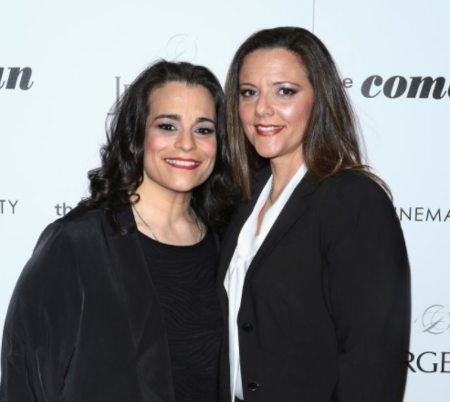 Kirson and her wife Sweeney tied the knot in a private ceremony in September 2014. Since then, Kirson and her spouse have been living together for more than six years. Moreover, Kirson also shares four adorable daughters with partner Danielle Sweeney. 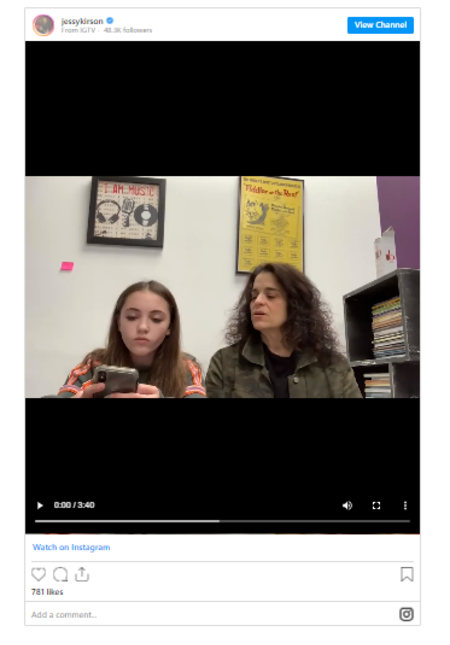 Jessica Kirson is a mother to four daughters. SOURCE: Instagram

The couple's first child, Zoe is currently aged 14 while the second eldest child aka Bella who is diagnosed with heart disease is 5. Their one-year-old twins' names are not disclosed yet. The Kirsons do not lag to show love for their children. Jessica uploads pictures of her daughters on her Instagram account.

Past Affair of Jessica Kirson

Previously, Jessica Kirson was in a same-sex relationship with former partner Susan Powter for few years after they began dating in 2008 before they got separated. Kirson does not prefer to talk about her split with Kirson. They were never seen together again.

Jessica Kirson's net worth is estimated to be $1 million which she earned from her career as an actor and standup comedian. She receives a payroll of more than $20,000 per show. Not to mention, the expected lifetime earnings of a standup comedian is $700,000.

Jessica also makes a huge amount from her YouTube channel. As of June 2021, Jessica is currently teaching comedy every Sunday at an institute based in New York. In addition, her work can be seen in films like School dance (2014), written and directed by Nick Cannon, and the commercial hit Kevin Can't Wait (2016).

Kirson, likewise, was featured on television shows that include Premium Blend, Awesomely Bad, and Last Comic Standing. Kirson has a one-hour special on the Logo Channel called My Cookie's Gone. The mom to four kids appeared on The Joy Behar Show on CNN-HLN numerous times. Jessica also worked in The Comedian movie by Robert DeNiro.

Not to mention, Kirson also runs a YouTube channel where she creates series like 'The Jessy K Show' and 'The Jessica Kirson Podcast.' Jessica's characters are coming to her new podcast, Disgusting Hawk, presented by Gas Digital. Kirson interviewed Bill Burr, Jim Gaffigan, and Rosie O' Donnell. And, on 6th December 2019, she performed for Comedy Central.

Danielle Sweeney and Jessica Kirson have been together for 4 years, They married in September 2014. They share four children together.

Zoe Kirson is the first child of Jessica Kirson and Danielle Sweeney. She is 14 year old and has three siblngs.

Bella is the second child of Jessica Kirson and Danielle Sweeney. Bella is currently 5 year-old.

Jessica Kirson and Danielle Sweeney welcomed their third child one of the twins in 2020. She has three sisters.

Jessica Kirson and Danielle Sweeney welcomed their youngest child one of the twins in 2020. She has three sisters.