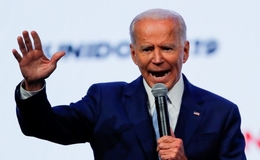 When things fall apart, sometimes it's because you are destined for something else. No matter how long you wait, the delight at finding your one true soulmate is always worth it. Joe Biden certainly knows a thing or two about bumping into the love of his life

The former Vice President of United States of America, Joe Biden is living a happily married life with wife Jill Biden. Let's get into more details of this adorable relationship.

The candidate for Democratic nominee for 2020 Presidential election Joe Biden is often criticized by his fellow nominee Kamala Harris for his past policies. However, his personal life is far from any criticism, as he is living a non-scandalous life with wife Jill Biden.

Well, Joe met Jill Tracy Jacobs in a blind date arranged by his brother. They hit it off on their first meeting and soon started dating.

The couple, however, was taking their relationship casually, as both did not want to be in a committed relationship at that point in time. However, with time, the pair got close and Joe decided to take the big step.

Joe though was ready for a lifelong commitment, but, Jill was still hesitant and rejected his proposal five times. Jill, after much deliberation finally agreed for marriage and the couple tied the Knot on June 17, 1977. The wedding took place in attendance of close friends and family at the chapel situated in the United Nations building in New York.

@DrBiden and I had a very important meeting with @drakeugriff while at Drake University yesterday.

After a couple of years, The lovebirds completed their family by giving birth to daughter Ashley Blazer on 1981. She currently works as a social worker in her home town of Delaware.

The couple is together for over 40 years, surviving all the highs and lows of their life. Jill particularly stood for him, when former Nevada assemblywoman Lucy Flores alleged that Joe kissed her without consent at a 2014 campaign rally in Las Vegas. Since then, many women have come forward with similar allegations. Biden has apologized for his behavior.

Joe Biden met his first wife Neilia Hunter when he was on a spring break in the Bahamas. During vacation, the pair came closer and started dating. 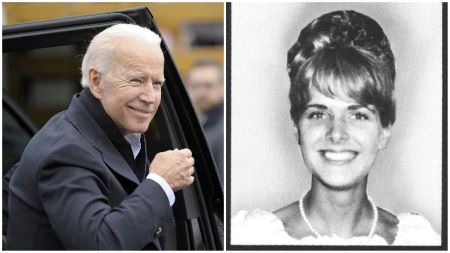 The couple tied the knot on August 27, 1966, when he was studying at Syracuse University College of Law. The couple shared three children, Joseph R. "Beau" Biden III, Robert Hunter, and Naomi Christina.

The pair were living a happy life, with their young children, However, fate had a big tragedy written for them. On December 18, 1972, Neilia's car was hit by a tractor-trailer truck while she was going for Christmas shopping with her Children.

She and their one-year-old daughter Naomi Christina died on the spot, whereas the sons suffered minor injuries. Biden was devastated by the accident and it took a lot of time to heal from it.

Joe's first son, Joseph R.Beau Biden III was born on February 3, 1969. He grew up to be Attorney General of Delaware and a major in the Delaware Army National Guard. 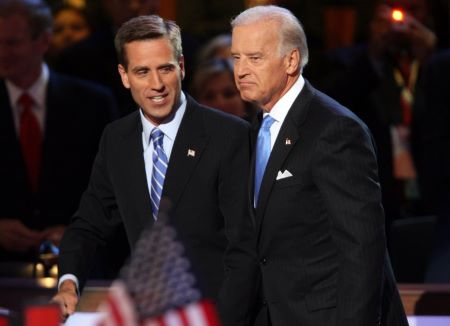 Sadly, he passed away on May 30, 2015, at the age of 46 because of Brain Cancer. His funeral was attended by Barack Obama, Michelle Obama, Bill Clinton and many more. Chris Martin of Coldplay also played a  song at the ceremony.

Joe's second son Robert Hunter Biden was born on February 4, 1970.  He is a lawyer by profession and is a partner at Rosemont Seneca Partners, LLC.

Hunter caused quite a stir when he started dating Hallie Olivere, his former sister-in-law and the widow of his brother, Beau. He raised even more eyebrows because at that time he was still married to wife Kathleen Buhle. After the news of dating became public, Hunter and Buhle divorced in 2017. 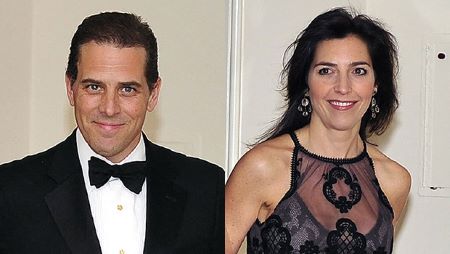 Hunter and Hallie got separated in 2019 and at present Hunter is married to a woman named Melissa Cohen. 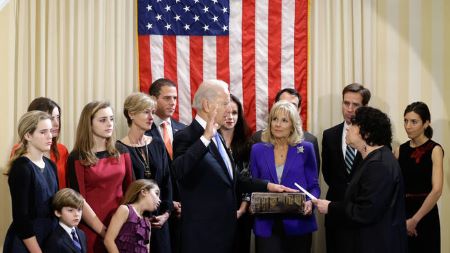 Joe Biden with his whole family during the swearing-in ceremony.