The TV personality, Julie Chen is living happily with her husband, Leslie Moonves as his second wife along with their son.

An American TV show anchor and producer, Julie Chen working for CBS. She is popular for hosting the CBS reality-television show "Big Brother" since July 2000.

The television personality is currently living a blissful married life with husband Leslie Moonves. So, today let us discuss the adorable couple and their relationship.

Julie married to the president plus chief executive of ABC News in Los Angeles, California named, Leslie Moonves on 23rd December 2004 in a private ceremony at Acapulco, Mexico with the presence of only close family members, relatives, and the close friends.

She is the second wife of Leslie after having a divorce with his first wife named, Nancy Wiesenfeld Moonves.

The pair together announced that they were expecting a baby on 21st April 2009 in the show, The Early Show.

Finally, on 24th September 2009, they welcomed their first child and named him as, Charlie who completed their happy family. Julie also has three step children from her husband's previous marriage and they are Adam, Michael, and Sara.

Mother and child on the Mother's Day!!!!!

Me with my pride and joy on #MothersDay today ???? 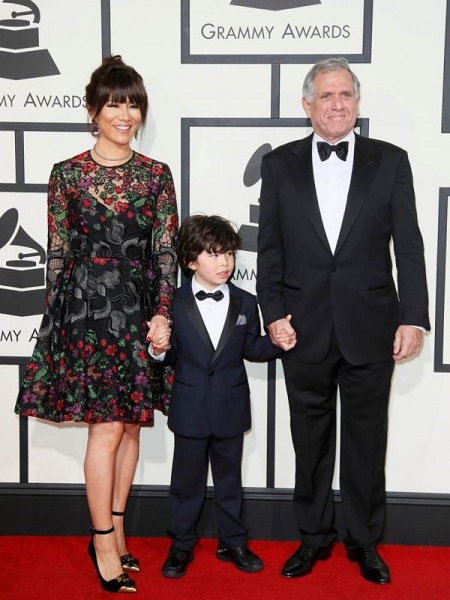 Julie her husband and their son in the 58th Grammy Award, Source: Live Rampup

Plastic surgery is a process of reconstruction of the structure of the face. Julia also had a plastic surgery of her eyes during her mid-twenties.

One of the people told her that she won't get a job of an anchor because she is a Chinese. This might be the reason as she did the surgery of the eyes.

However, it is not sure that it was the reason behind it. After years of her first plastic surgery, she was again accused of having second surgery of her nose in 2013. But she totally denied about the buzz and gave some clarification about it. 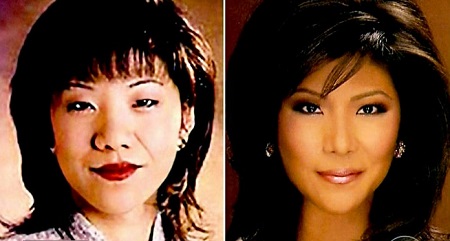 Julie before and after the surgery, Source: US Weekly

''For the record, I have never had a nose job. I have only had plastic surgery done to my eyes that I've already told you about.''

Julie further explained that she looks little different than before not because of the surgery rather of the makeup hacks. But the audiences and the media found more difference that's why she was accused of the surgery. 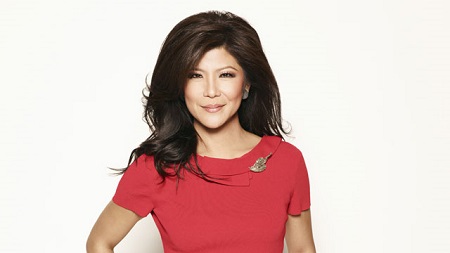