Home Article Kelly Ripa Met her Husband Mark Consuelos during a series and Married him; Their Deep Love Story and all the details here

Kelly Ripa Met her Husband Mark Consuelos during a series and Married him; Their Deep Love Story and all the details here 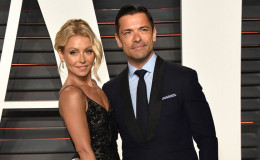 href="http://marriedwiki.com/wiki/kelly-ripa">Kelly Ripa, who was at the receiving end of the GLAAD Media Award for Excellence in media has stolen the hearts of millions with her show performances. Even actor Mark Consuelos couldn't resist falling in love with the beautiful host.

For her outstanding performance in Live with Kelly and Ryan, The couple is married after over a decade of relationship and is still going on together in their love life. Find out below, the secrets to their strong relationship and how they managed to keep going for all these years. Also, know about their children.

Kelly Ripa is an American Actress, dancer, talk show host and a television producer. She is the co-host of the morning show Live with Kelly and Ryan who also appeared on the ABC sitcom, Hope & Faith, from 2003 to 2006 and 90's tv series All My Children. 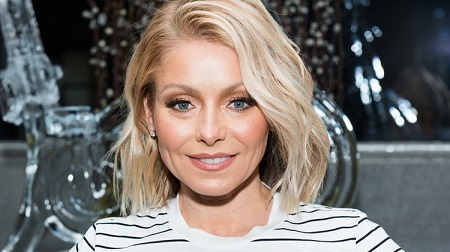 According to Ripa, their relationship is strong because of their strong communication, their boundaries, their gratitude and support to each other and of course their weekly date nights.

She is married to American actor and her longtime boyfriend Mark Consuelos. She met him in the set of tv series All My Children. She explained her first encounter with Consuelos to ELLE as,

“I was drawn to Mark because he was positively an alpha male, and I didn’t think I would be drawn to that. But I just worship him,”

They started dating since then and over the course of years has always been open to reveal their union stories. The couple tied the knots in May 1996 and are still humble to their relationship.

You May Like; Nicole Curtis Husband, kids, and personal life secret

The couple spends their weekly date nights either watching movies or watching Top Chef. She often posts pictures of their date nights enjoying their evening on Instagram.

The couple is a parent of daughter Lola Grace Consuelos and sons Michael Joseph Consuelos and Joaquin Antonio Consuelos. The gorgeous family loves spending their vacations together and frequently' shares their full family picture,

She shared a picture of her children and husband during their vacation to Mexico and we can see how their children have grown-up.

Let's hope that the host of Live with Kelly and Ryan find even more happiness in her relationship in the days to come.

Kelly started acting from her high school play The Ugly Duckling when she was approached by her current manager Cathy Parker. She also performed in several local theatres. In November 1990, she performed in the series All My Children where she met her husband Mark Consuelos.

During 1980, she appeared in Dance Party USA, where she revealed her dream to become a newscaster. She also participated in the ABC First-Ever Super Soap Weekend at Disney/MGM Studios, Florida on October 19 and 20, 1996. 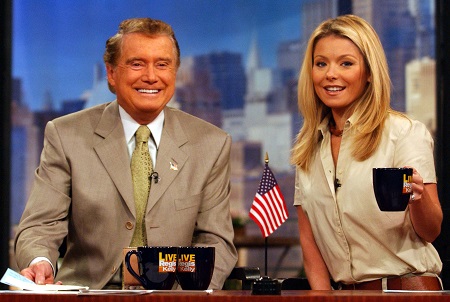 She also hosted the second-most-watched daytime talk show on television Live With Kelly alongside Regis Philbin for over a decade and also with Ryan Seacrest and Michael Strahan.

“We can sit around drinking coffee and talk about what we did yesterday with friends. [But] when compelled to do that in front of a camera and make it seem as natural?  That’s a really difficult skill. There are very few people who can do it at all and practically no one that does it as well as Kelly Ripa.”

Moreover, she has also performed in movies including Cheaper by the Dozen(2003), The Stand-In (1999), 1996's Marvin's Room and voiced for different animated movies including 2008's Delgo and Fly Me to the Moon and 2003's Kim Possible: A Sitch in Time.

The bubbly host's humorous performance and her ability to naturally perform in front of the camera has made her an audience favorite and she is well honored for it. 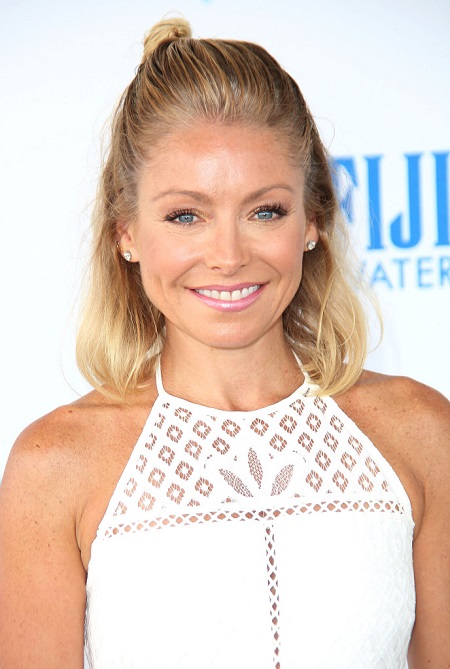