Home Article Lola Grace Consuelos Has A Boyfriend; Who Is The Teenager Dating?

Lola Grace Consuelos Has A Boyfriend; Who Is The Teenager Dating? 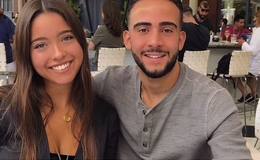 Daughter of the Hollywood A-lister, Kelly Ripa, aka Lola Grace Consuelos is growing up as a gorgeous and elegant woman as her mother, no doubt. And like her parents whose marriage is still going stronger to this day, two decades later, it seems as Lola seemingly found the true love of her life too.

Well, sorry to crush the hearts of all the fans of Lola Grace Consuelos. But, the young beauty is lucky in love as she is happily taken by her handsome boyfriend, who goes by the name Tarek Fahmy.

The celebrity child is known to have been dating her boyfriend, Tarek Fahmy since 2018. Both Grace and Fahmy even attended the same school and only graduated this year in 2019. As a matter of fact, Fahmy even asked out his gorgeous girlfriend to the prom in both of their senior years in high school. 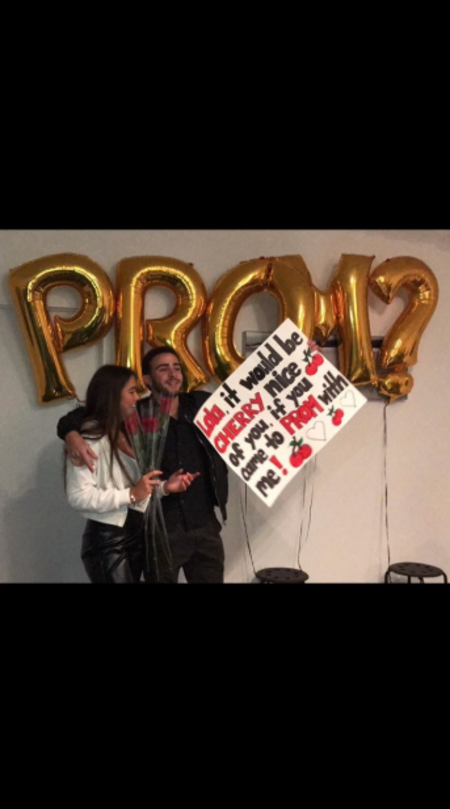 Not to mention, Fahmy made sure to be super romantic and cute to ask his girl out for the prom with a board that read "Lola, it would be cherry nice of you if you came to prom with me." And, Tarek made sure to proudly share the picture on his Instagram that his prom proposal was accepted by Miss Grace. After all, he is dating the daughter of Kelly Ripa and Mark Consuelos.

And for their 2018 prom which took place in June, Lola looked super beautiful in a baby blue satin long dress that featured a long slit. The college student also accompanied her look with a pair of matching colored heels and a pendant whilst she opted to leave her hair free. 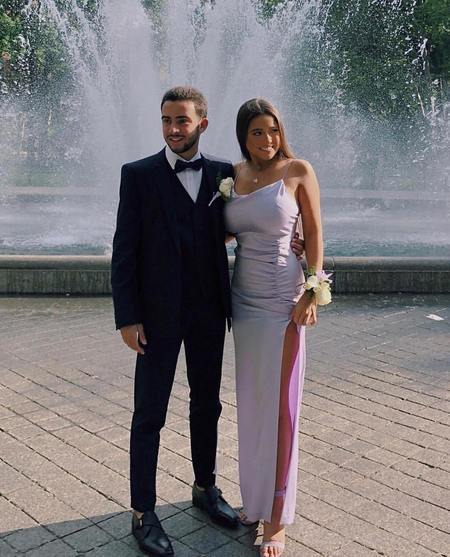 As for their 2019 prom, Lola flaunted an emerald similar dress which as well as featured a slit and a deep plunging design. Consuelos put her brunette locks in loose curls. And, speaking of her beau, he looked dapper in a black and white tuxedo. Both of them shared their prom pictures on social media with cute captions.

On the other hand, as the two start their college, will Lola's relationship last in comparison to her parents?

Consuelos Wants To Become An Actress, But What About Fahmy?

Influenced by her mother's career, Lola has already figured out what she wants to do with her life. On the other hand, not much about Tarek's future and career plans are known to the public yet. And, if Lola heads to Hollywood to make a career, it would be a natural question if the young love birds would still be committed to each other. 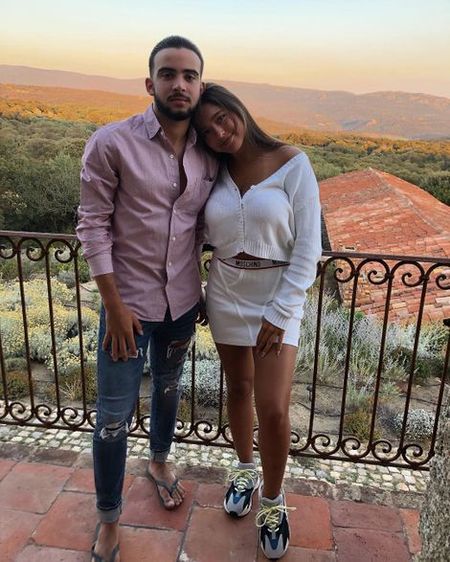 Speaking of Lola's boyfriend, he appears to be an avid football fan though. But, on the other hand, although his future with Lola isn't predictable obviously, he seems to have been approved by his girlfriend's parents.

Lola's parents are obviously understanding and loving of their children inclusively their only daughter. And, in context to that, what could be more important than the happiness of their daughter for Kelly and Mark, right?