Leona Lewis is Married to Dennis Jauch; Know More About Her Personal Life. 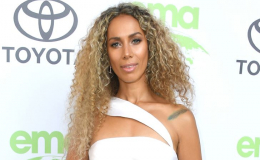 Multi-talented singer Leona Louise Lewis aka Leona Lewis came to prominence after winning the third series of "The X-Factor". In addition to her musical career, she is also an accomplished songwriter, actress, model, and activist. Similarly, her partner Dennis Jauch is a hip-hop world champion who won Germany's version of "So You Think You Can Dance".

Leona Lewis and her beau Dennis Jauch, despite their busy schedule, manages to adore and sustain their personal life. Let's get detail about their romantic life and wedding.

Leona Lewis is now a Married woman; Know more about her Husband and Wedding

The X-Factor winner, Leona Lewis tied the knot with German-born partner Dennis Jauch in a Buddhist vegan ceremony at a 16th-century estate in Tuscany on July 27, 2019. The wedding festivities included three ceremonies, first a marriage vow exchange ceremony where the couple proclaimed "I do".

The bride was looking absolutely stunning in a full-length spaghetti strap gown by Israeli designer Mira Zwillinger, which featured an intricate floral lace on a sheer body. The groom was looking handsome as ever in a traditional black tuxedo with matching black bowtie.

The vow exchange ceremony was followed by a dinner where the bride wore a blush pink embellished tulle gown. After dinner, there was an after-party where Leona choose to wear a crystal jumpsuit. Moreover, the wedding was totally lavish, to say the least.

The nuptials ceremony was not only extravagant but also star-studded. Celebrities such as singer Keisha Buchanan and The Voice winner Jermain Jackman blessed the couple with their presence. Talking  to Mirror, about her big day, she stated:

"It was just the most beautiful day, full of love. It was so special to be able to bring together everyone we love. There were a lot of tears".

The wedding was perfect in every sense of the world; however, it was not exactly what the couple planned. The pair wanted the ceremony to be outside; however, due to an electric storm, it was moved indoors.

Leona Lewis Married in Italy; What about their Honeymoon?

Leona and her husband did not want to travel soon after following tiring days of wedding festivities. So, the couple decided to enjoy their Honeymoon in Italy only. After all, Italy is one of the hot-spot among celebrities for Honeymoon. Stars such as Reese Witherspoon, Jamie Oliver celebrated their honeymoon in different parts of Italy.

The couple was photographed at a yacht in Capri, Italy relaxing and soaking up the sun. They were also captured later swimming in the sea later. Leona was wearing a white bikini and her partner was only wearing swimming shorts and kept his chest bare.

Leona first met her spouse Dennis in 2010 when he was a backing dancer on her The Labyrinth tour. Dennis is a popular dancer who has previously worked with celebrities such as Beyoncé and Alicia Keys. The couple starting dating soon after their first meeting.

The couple separated after two years of romance. However, the bond between them was so strong that they rekindled their relationship after three months later.

The reason for their separation was conflicting work schedule, so to make their relationship work, they started to make a huge effort even to see one another. Talking to The Telegraph in 2015, Leona said:

“We’re together, but because we both travel so much we have to make a huge effort to see one another. If we are within an hour of each other one of us will jump on a plane to see the other. I think the most unexpected meeting place was in Romania.”

After eight years of dating, the couple decided it was time to take their relationship to the next level.  Dennis proposed to her in 2018 when they were a vacation at Suan Juan, Peurto Rico. Well, After a year, the couple is now man and wife. 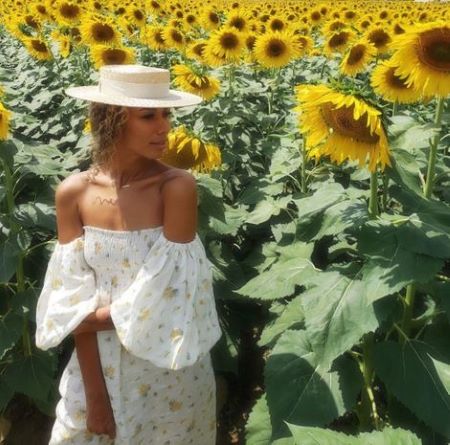