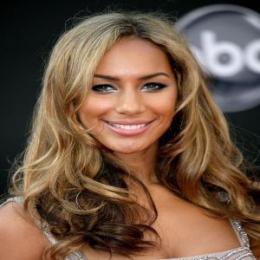 British singer, songwriter, actress, model, and activist, Leona Lewis is known for winning the third series of The X Factor in 2006. She is also popular for her albums like Echo, Bleeding Love, Collide and so on.

Is Leona Lewis Married? Know About Her Wedding, Husband

Leona Lewis is married to her longtime boyfriend turned husband, Dennis Jauch. Dennis is a professional hip hop dancer as well as a choreographer who won German's version of So You Think You Can Dance. His works can be seen in America's Got Talent, Dancing with the Stars and The X Factor. 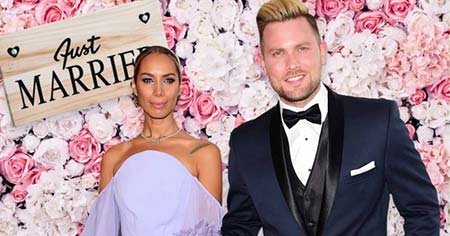 Leona Lewis is married to Dennis Jauch.
SOURCE: Metro
The pair tied the knot in a vegan Buddhist wedding at Sting’s Italian estate on July 27, 2019. Moreover, the wedding ceremony was lavish, which was attended by 180 family members and pals which includes Sugababes singer Keisha Buchanan and The Voice winner Jermain Jackman.

The bride further looked stunningly beautiful on her full-length white gown while the groom also looked no less in his classic black tuxedo. Have a look at their wedding snap which Leona recently shared on her Instagram account!!!

Well, the pair first met back in 2010 when Dennis was a back dancer on Leona's The Labyrinth Tour and soon started to date. Further, after dating for two years, the couple parted their ways. However, they rekindled after three months and are growing stronger until then.

Lewis previously dated electrician Lou Al-chamaa for nine years. Moreover, the pair started their romantic fling back in 2001. They were sharing a blissful relationship; however, their happiness didn't last long as they decided to part their ways.

How Much Is The Net Worth Of Leona Lewis?

Leona Lewis holds the net worth of $30 million. She garnered this fortune from her career as singer, songwriter, model, and actress. In addition, the average salary of a singer is around $33 thousand, the model is $53 thousand, and that of an actress is $30 thousand per year.

Leona moreover started singing at a tender age of 12; however, she only gained popularity after The X Factor, is the first women and mixed-race to win the show. Her first single A Moment Like This became the 2006 UK Christmas number-one single and made the history as it was downloaded 50,000 times in just 30 minutes.

The 34-year-old singer released many hits like Spirit, Bleeding Love, Christmas, with Love, Glassheart, Echo and many more. Moreover, she collaborated with many famous artists like Pitbull, Calum Scott, Avicii and so on.

Lewis appeared on the movies like Walking on Sunshine, Cats, The Oath and many more. Similarly, she modeled for famous brands and designers, which helped her to earn a good stack. She earns $1,694.25 - $2,823.75 per promotional post on her Instagram account. 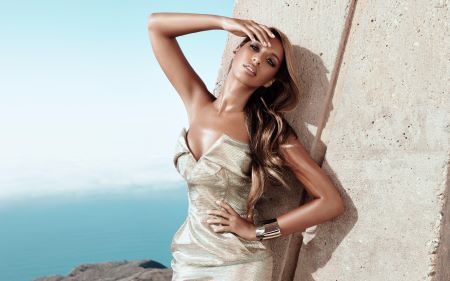 Leona Lewis is looking stunning in her gown.

Leona Lewis is married to her longtime boyfriend turned husband, Dennis Jauch. The pair tied the knot in a vegan Buddhist wedding at Sting’s Italian estate on July 27, 2019.