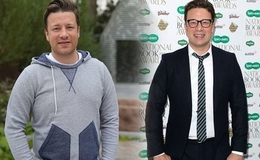 We learned the simple yet effective weight loss secrets of Jamie Oliver and we highly recommend it.

Jamie Oliver, one of the famous British chefs in the world as well as underwent an impressive weight loss journey and joins fellow chef and restaurateur, Gordon Ramsay who lost 50 Lbs by following unique diet plans , on the list.

Oliver who rose to fame after working on BBC's The Naked Chef in the late 90s' also followed some unique diet plan and adopted a new and healthier lifestyle to work on his weight gain problems. As for Jamie, his weight gain issues arose due to the lack of sleep and heavy workload and busy schedule. 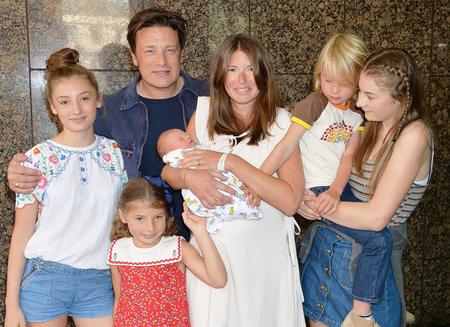 Matter of fact, Oliver who is a father of five children including Buddy Oliver, Daisy Oliver, River Dallas, Poppy Oliver and Petal Oliver he shares with his wife of nearly twenty years, Juliette Norton started off his weight loss journey a couple of years back.

Since then, although he made some slight changes over the plan, Oliver remained consistent with his new lifestyle. See, how Oliver was able to love more than twelve kilograms recently.

Interestingly, as a lot of people go on a strict diet, Oliver actually lost his weight by eating several times a day. Needless to say, he wasn't starving like a lot of people who tend to follow a trendy diet and even starve themselves to achieve their weight loss goal. 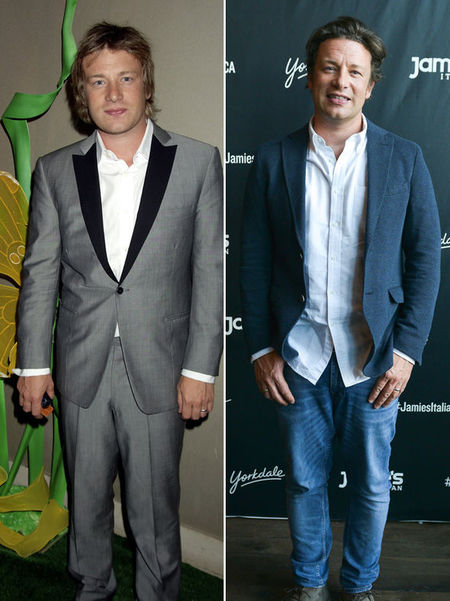 The author of Everyday Super Food cut off consuming meat and added more fresh and healthy vegetables to his plate. But, how was Oliver able to provide protein to his body since he cut off eating meat? Well, the chef enjoyed nuts he exchanged in the place of meat.

Additionally, Oliver even suggests to his fans that they follow the same method by adding nuts as a snack for its health benefits such as lowering the risk of heart attack and other heart-related illnesses.

And, this is not something made up by Jamie as it's also been backed up by health and food experts that snacking on nuts can lead to the lower chances of facing issues like overweight.

Besides, Oliver also cut off drinking alcohol which he only consumed over the weekend. The Clavering born claims that the average Brits drink alcoholic beverages. And, alcohol drinks which are enriched with calories eventually leads to weight gain.

Last but not least, Oliver as well as exercised and took a help from trainer Jamie Sawyer to lose weight. But, as he grew irritated from it and hated it, Jamie removed the workout regimen from his weight loss plan.

Not to mention, Oliver also made sure he slept for more than enough to lose weight. Jamie actually even met a sleep scientist who taught him the significance sleep has over the metabolism, skin and overall body energy.

So, that's it, guys. Vegan diets, nuts, enough sleep and cutting off alcohol is all it takes to lose weight. Try it maybe.