Home Article The Heartthrob singer, Justin Bieber is also famous for his Lover boy image; here is the list of top 12 Hollywood stars that dated him

The Heartthrob singer, Justin Bieber is also famous for his Lover boy image; here is the list of top 12 Hollywood stars that dated him 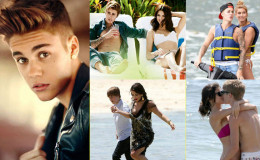 Justin Beiber have had a lot of relationship in his past and it seems he is not stopping. Find out about his top 10 relationship.

We all know how good looking Justin Bieber is and his talent for singing is renowned all over the world. The 22-year-old Sorry singer has won numerous awards in his entire career and this young singer is one of the youngest popular singers that we have ever seen.

Although he has a long list of achievements, Justin has his share of controversies like fighting in a club or beating a fan. But he still remains one of the most talked about celebrity and his songs are still big time hits.

There is no doubt that Justin has a huge fan following and there are millions of girls who could just die for him. The Heartthrob singer, Justin Bieber is also famous for his Lover boy image and has been linked with several women.

Below is the list of the most popular relationships he had.

Now, you may be like what are you talking about? but it is the truth, Kourtney Kardashian and Justin Bieber dated in late 2015.

When she was separated from her boyfriend Scott Disick, Bieber and Kourtney were often spotted together. 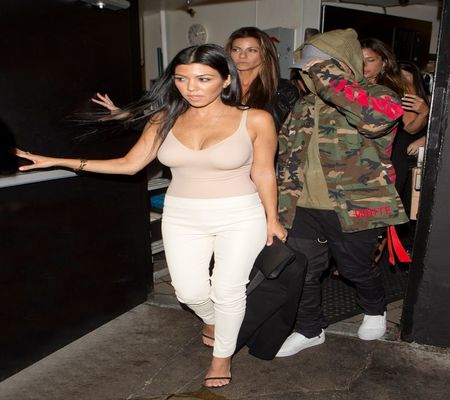 Both of them were seen hanging out in various clubs all across the Beverly Hills. When Justin was asked about this relationship of his, he said that he is being used.

According to a source that is close to Beiber, he was hooking up with Kourtney since August 2015 and it seems that she needed this relationship as she was going through her separation from Scott.

Justin and Nicola Peltz were one of the most talked about celeb couples.

Both of them are rumored to dating after report suggests that they are having sleepovers in Beiber's house in Beverly Hills, California. 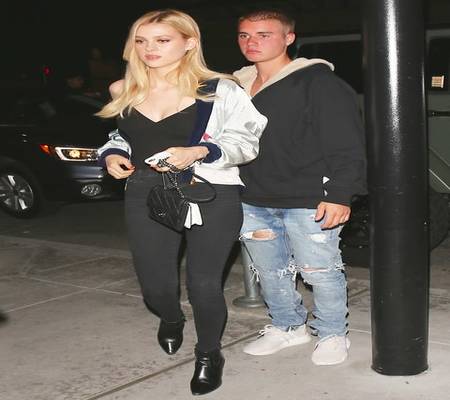 The 22-year-old actress and Bieber first met at an album release in Toronto, Canada and then afterward they met again in Los Angeles.

The pair were spotted numerous times hanging out.

Nicola who is famous for her role in the movie Transformer: Age of Extinction whom she co-starred with Mark Wahlberg, previously dated The last Ship star Cameron Fuller in 2015.

When Justin was just starting his career he was in a relationship with his best friend's older sister Christian Beadles.

The pair started dating in 2007 before Justin was famous. 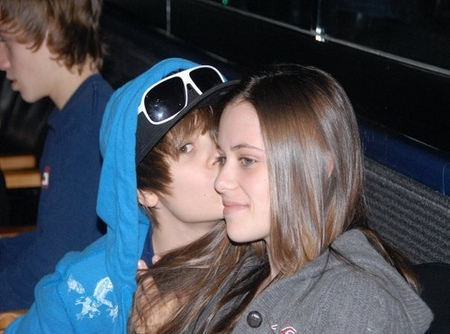 Both of them knew each other as they used to hang out together when they were kids. According to his dating history, she is the first girlfriend of Justin that we know of.

Currently, 22-year-old Caitlin is working part-time as a model and she also runs her own non-profit organization that aims to help all the dogs that are abused, neglected or who needs special help.

Loved being snowed in all weekend with you

When she starred in Justin Bieber's breakthrough music video "Baby" she made all the headlines in the world as the music video broke many records. 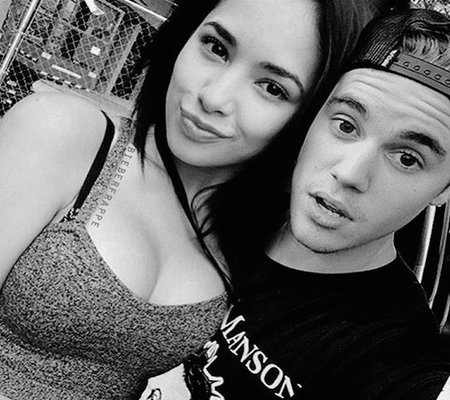 It was from that song that our beloved Justin rose to fame. The pair then started to hang out together and their closeness was noticed by all of us.

Justin and Jasmine Villegas were at that time one of most followed and hottest teen couples. In a recent interview, she said that it was an honor to work with him.

Justin was celebrating his 21st birthday with his close friends and relatives. He was surrounded by many people at the party but one of the guests really stood out and that was none other than Yovanna Ventura. 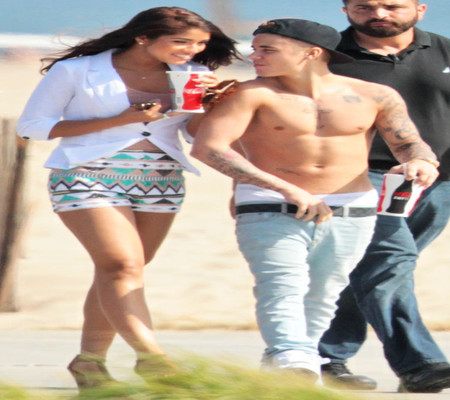 Both of them were showing some sizzling PDA together. At one time it looked like that they cannot get their hands off from each other.

They first met in 2015 Coachella Music Festival and it was at that time that they started their friends with benefits relationship.

But after that friends with benefits tag on their relationship, the hot model was not accepting that and she posted a picture on her Instagram account and captioned it by saying, "You can't buy my love."

I am a free spirit... Either admire me from the ground or fly with me... But don't ever try to cage me || by @lkbphotography

The 21-year-old is currently working in many modeling projects. She can is compared to renowned model Kendall Jenner as she has the same body structure and height as her.

When JB was in Cannes in 2014 and he certainly enjoyed watching the views of the French city. But he does not enjoy all that alone as he had the company of the hot Victoria Secret's Angel Adriana Lima. 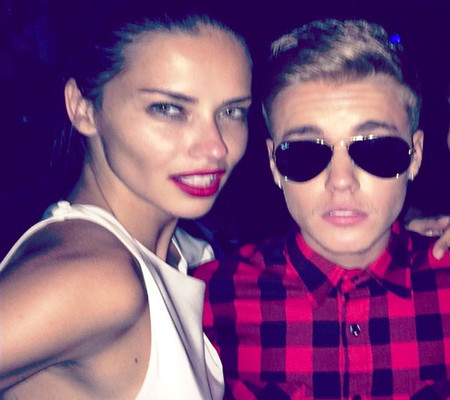 The 35-year-old hot model was spotted with the young singer as they were partying together at the 1 Oak bash at Club Gotha.

According to a source there, Jb was in pursuit of her as he trying really hard to woo her.

At that time she was recovering from her breakup with NBA star Marko Jaric. The "Cold Water" singer was enjoying his time and reportedly, the left the club together at around 5 in the morning.

Adriana is recently rumored to be dating Julian Edelman, an NFL star. They made their relationship official after they kissed during a post-match ceremony of the playoff match in January.

Justin reportedly hooked up with a model, Lira Galore. Both of them were spotted multiple times hanging out together.

They were spotted in one of the Miami's nightclubs with her. 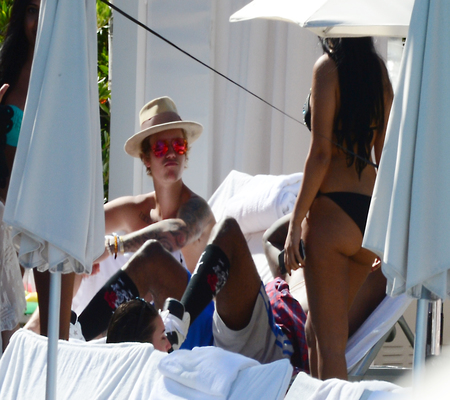 Lira is famous for her hot body shape and she was also linked with the celebrity like Drake.

Both of them were seen cozying up and flirting together and that leads to the speculation that there must be something between them.

It seems it was just an another short term fling of Justin as after their cozy encounter they stopped seeing each other often.

Lira is currently single after her breakup with fiance Rick Ross.

She has gotten famous after Justin liked her photo and shared her picture on his Instagram account. 17-year-old Cindy used to babysit for chump change, but after the incident, she found an overnight success. 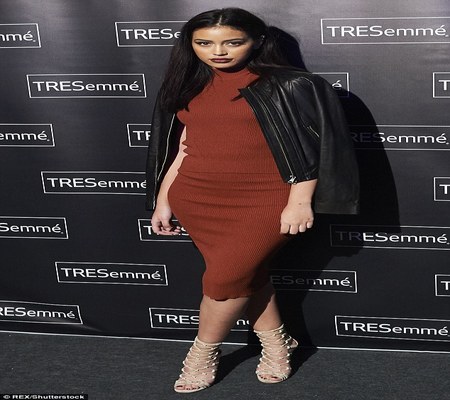 It was also reported that Justin and Cindy hooked up although they were never spotted together. She was one of the most famous relationships that Justin had.

She is currently working as a model and signed by Uno models in Spain. She is recognized as Justin's Instagram crush.

She is the only girl that has spoken positive things about Jb even after their breakup. Jayde Pierce is an English model, a makeup artist, and a fashion blogger, who got famous from an early age.

At the age of 13, she started promoting herself online via her social media account. 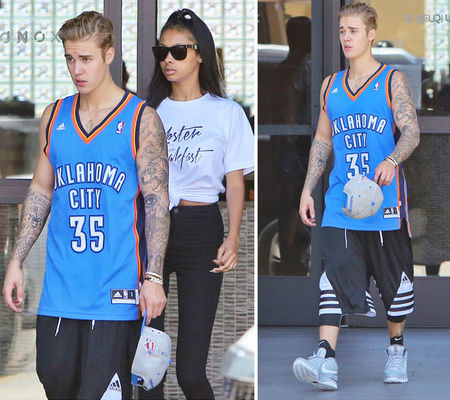 After Justin found her on Instagram, he messaged her and asked for her number. According to Jayde, she was star struck when she saw the message and she was in shock.

After exchanging numbers they started texting and their relationship blossomed at that time.

When she was asked about her relationship with Jb and about his nature she said that he is a very good guy, who just loves to cuddle.

He is a very tactile guy and many people consider him to be arrogant but in reality, he is not.

She also went to Bora Bora with his family and spend quality time with him. Although they are separated now they still remain good friends.

The 21-year-old blogger often posts makeup tutorial videos on her YouTube account and she is amazing at that. She is currently pregnant with the child of her boyfriend Mike Dixon.

Beiber and Hailey Baldwin started dating in Mid 2016. The couple was in a PDA-filled vacation together in Caribean Island Anguilla.

They were holding hands and riding in jet ski together. 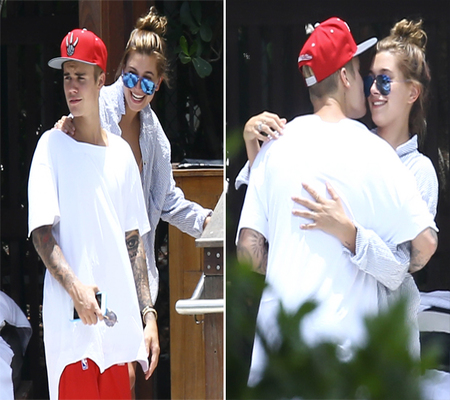 In the new year party thrown by Richie Akiva, the "Sorry" singer and the model were spotted hugging and kissing. All the people in the club were starstruck by the scene.

But when the 20-year-old model was asked about this relationship, she blatantly denied the relationship and said that she is a very good friend of him and she is helping him out.

Both of them are now just good friends as they are not spotted together in clubs or something. The daughter of Stephan Baldwin is currently focusing on her modeling career.

This must be one of the most talked about relationships of JB in 2016. They started dating in July 2016 after they were spotted together during her 18th birthday in Mexico. 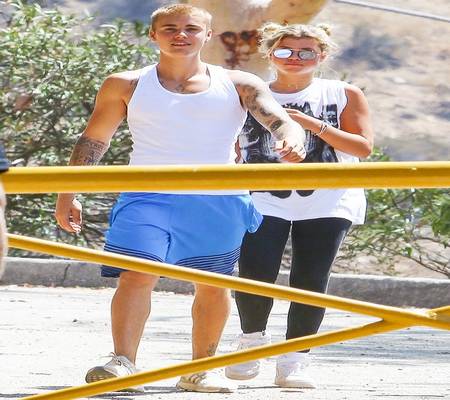 The 18-year-old daughter of Lionel Richie was happy with her relationship with Justin Beiber. She told in an interview that JB is a very special guy for her and they have a special relationship.

But, after one month of romantic encounter, they broke-up and the reason was quite simple as Jb does not want any relationship right now.

He was overwhelmed by the sheer popularity of the relationship and he wanted to cool things off.

Yup, you guessed it, Selena Gomez is the best relationship that our beloved JB had. They met when they were teens and stayed together through that time. 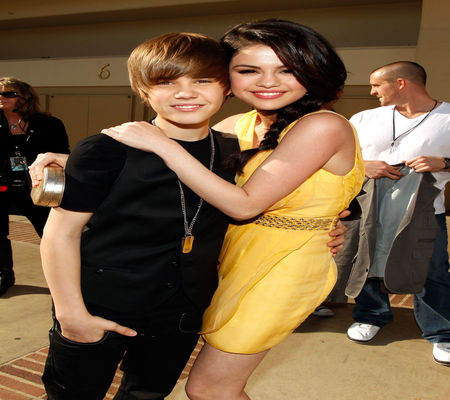 They first met in 2009, after Justin contacted her mother for starting a new project with her.

It seems that that was the time when the couple first hit it off. Now in 2010, something unexpected happened as Selena called Justin her little brother. 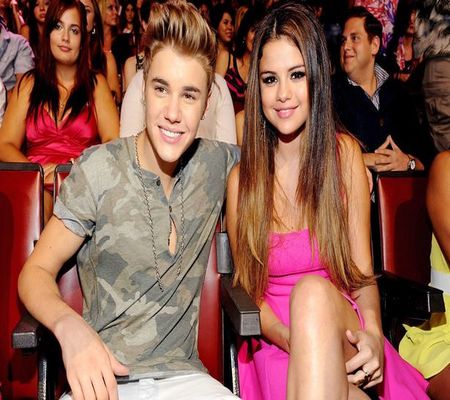 Well, that was painful for Justin to say the least. Fast forward few months after that, they started dating in September of the same year.

Then in 2011, Selena announces that she is indeed dating JB on The Ellen Show.

After celebrating her 18th birthday, the took it off from all the bustle and went on a romantic getaway. But in 2012 they broke up due to the fact that they were not able to see each other because of their busy schedule.

Their relationship has been on and off all the time, and currently, they do not talk to each other often. Though, many of us would like to see our Jelena back together. 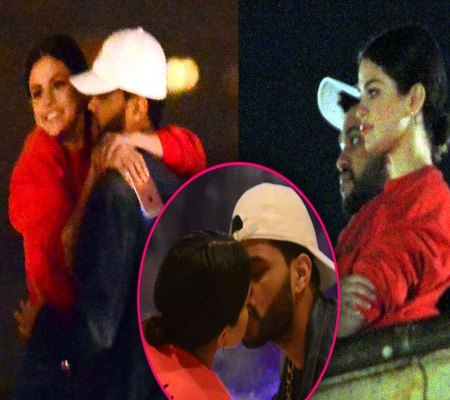 Currently, the 24-year-old singer is dating Canadian singer The Weeknd since January 2017. Many people are even comparing both of them to Selena's parents as they look identical to them.